We are excited to say that Blizzard listened to player feedback and have removed Seasonal Legendaries from the game. All Legendaries in Patch 2.4.0 will be available to be found by anyone, even if they don’t participate in Seasons.

There will be item-based rewards in the form of Haedrig’s Gift, a bundle of items you’ll get after completing certain stages of the Season Journey. Starting with Chapter 3, three objectives in the Season Journey will reward you one of these bags that each have two pieces of one of your class sets. By the time you are finished with all of Chapter 4, you should have a full set.

There are updates and polishes to Conquests that we are looking forward to experiencing. The part we are most interested in is the new conquests built around the new Set Dungeon feature, Masters of the Universe and Masters of Sets. These require you to complete 8 different Set Dungeons of your choosing. 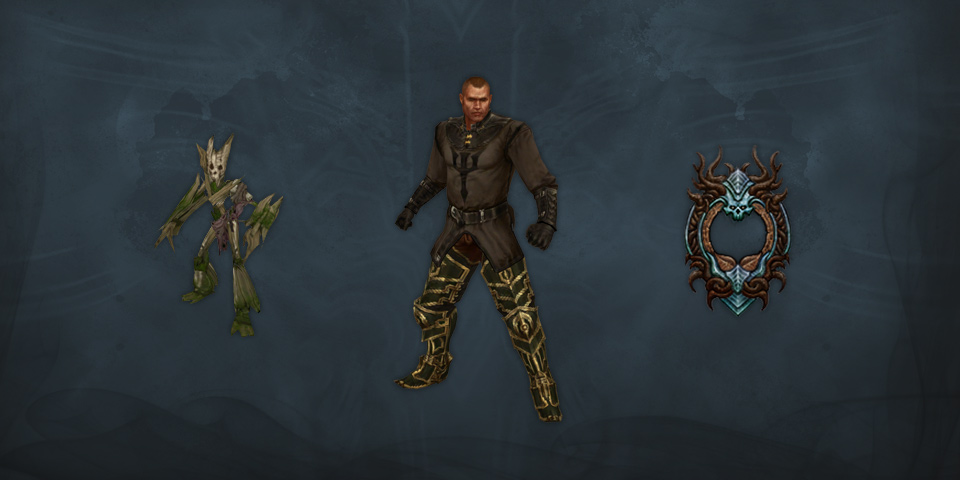 Starting with Season 5, there will be a variety of cosmetic rewards which rotate with the new Season. Previously we have seen exclusive Portrait Frames and pieces of the Conqueror’s Transmogrification set, this new patch brings things like a pair of wings, exclusive pennants and non-combat pets. Players who reach level 70 will receive the Wickerman pet, seen int he picture above, on the left.

An interesting final addition to the pack, Season Rebirth gives players the ability to take any non-Seasonal character and transform them into a Seasonal character. All gear and items equipped will be mailed to one of your non-Seasonal characters (only there for 30 days, so don’t forget!) and your character is reduced to level 1. Everything you did with the blacksmith, the artisan or purchased stash tabs will be gone. Why do this? Well, if you are super into your character name and want to keep the clock running on their time played, this is a good move.