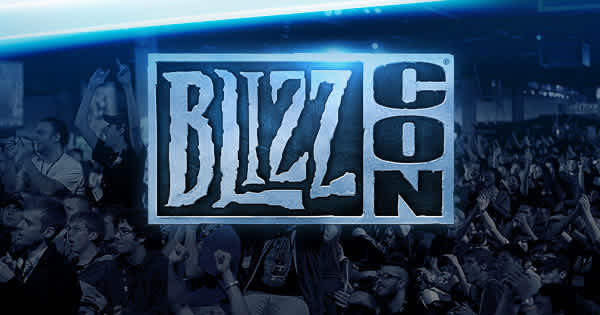 This last weekend’s BlizzCon was, as expected, jammed packed with announcements about some of our favorite franchises. Here are the major things you should know about BlizzCon 2015.

Blizzard debuted the opening cinematic for WoW: Legion, which was beautifully done. It  features Varian Wrynn and Sylvanas Windrunner fighting side-by-side against the Burning Legion. If you haven’t yet, it is definitely worth the four minutes. Watch it on their YouTube.

Directly after the in-game cinematic, players will be dropped into The Broken Shore - a forty player battle of 20 Alliance and 20 Horde against the demons.

There are seven zones in the Broken Isles, (for detailed descriptions check out this battle.net post) and what we found most interesting is that they will scale to player level and can be done in whatever order the player wants. This will make it easier to play with friends of all levels. The final zone, Suramar, requires you to be level 110.

There are two Raid Dungeons so far: Emerald Nightmare, which has seven bosses, and Grand Palace of Suramar, which has ten.

Upon release, there will be five level-up dungeons: Eye of Azshara, Neltharion’s Lair, Halls of Valor, Darkheart Thicket, and Violet Hold. Additionally, at level 110 there are five more dungeons that unlock: Vault of the Wardens, Black Rook Hold, Helheim, Suramar Noble District, and Suramar Catacombs.

Changes to Challenge Mode make the dungeons scalable, getting harder as you defeat them and earning greater rewards.

Legion is now available for pre-order on the Battle.net Shop and comes with a level-100 character boost that is immediately usable as well as early access to the Demon Hunter hero class before the expansion’s release. They’ve been saying ‘Summer 2016’ for a while now, but worth noting that the end of the cinematic trailer mentions ‘Expected game release on or before 9/21/16’ in not easy to read print. Hoping they are just giving themselves some padding. We finally got our first full trailer for Legendary Pictures’ Warcraft movie. During the opening ceremony of BlizzCon, Director Duncan Jones took the stage to introduce it, joined by several of the cast members including Ben Foster, Tony Kebbell and Paula Patton. "It was super important to us and to Legendary to be true to Warcaft and make you proud," Blizzard president Mike Morhaime told the crowd after. The online response has been mixed, but personally, I’m really looking forward to seeing the film.

Blizzard showed off gameplay from the upcoming team shooter Overwatch and put to rest the rumor that the game would be F2P. There will be three versions, though only two are available for PlayStation 4 and Xbox One users. Only PC users can get the base version for $40 which includes all the maps and all 21 heroes. The $60 Origins Edition additionally includes five bonus skins and Overwatch-related items for other Blizzard games such as Overwatch’s hero Tracer for Heroes of the Storm, portraits for StarCraft II and a Baby Winston Pet for WoW. A $130 collector’s edition will include all of the content from the other versions, plus a Soldier:76 statue, an art book and the soundtrack.

There will be no support for Macs.

Hearthstone’s third adventure, The League of Explorers, launches Thursday, November 12 for $20 for all four wings or 700 gold/$7 per wing. This adventure contains 45 new cards, with each class getting 3, a new game board, class challenges and card backs. For more details on the cards, bosses and rewards, check out hearthpwn.com.

Heroes of the Storm Heroes of the Storm added three more heroes for a total of more than 200 eventually playable characters. All three are from Warcraft. Lunara, first daughter of Cenarius, and Greymane, Lord of the Worgen, are both ranged assassins. Most interesting to me about the announcements, is the inclusion of Cho’gall, the two headed ogre Chieftan of the Twilight’s Hammer clan. This character requires two players to control. Everyone who purchases a BlizzCon Virtual Ticket will be given Cho’gall and anyone who doesn’t have him can earn him by partying up and playing two games as him with someone who has already unlocked him.

A new map, called the Towers of Doom, has some new obstacles for players. Each Core is protected and cannot be destroyed by Heroes. Teams have to activate Altars that rise in the town. Once an Altar is claimed, each of the capturing team’s Bell Towers will fire on the opposing Core. The more Towers under your team’s control, the more damage an Alter will do.

A new combat mode called The Arena has two teams of five battle in a best-of-three competition. Players select their hero from three randomly chosen heroes with the visibility of the other members of the team. Each round only lasts a few minutes and after, the players will be transported to a new Arena to begin the next battle.

There is only a day to go before the release of the Legacy of the Void, and we learned at BlizzCon that while the trilogy may be over, there will still be new content in the future. Blizzard revealed DLC called Nova Covert Ops that will come in three packs of three missions and focus on Nova, the Terran ghost we fist met in Wings of Liberty. The first should be out in spring of 2016.

Patch 2.4 will include 2 new areas, the Eternal Woods, which is adjacent to the Ruins of Sescheron, and the Royal Quarters, accessible from “the other stairs” in Leoric’s Manor. There will also be a new larger zone called the Greyhollow Island. This zone is accessible via Act V and has 16 new monsters including something that looks like a sasquatsch called a Bone Breaker.

This patch will also feature 50 new Legendary items and 10 revised Sets. These sets will help you complete Set Dungeons which only appear once you have on the full set, you will receive a clue about how to get to an ancient dungeon designed specifically to help you master the skills of that set. Each has two achievements, a fixed difficulty and non-random layout.

This is possibly my favorite cosplay contest in the year, and the entries this time around did not disappoint. Here are the top four: