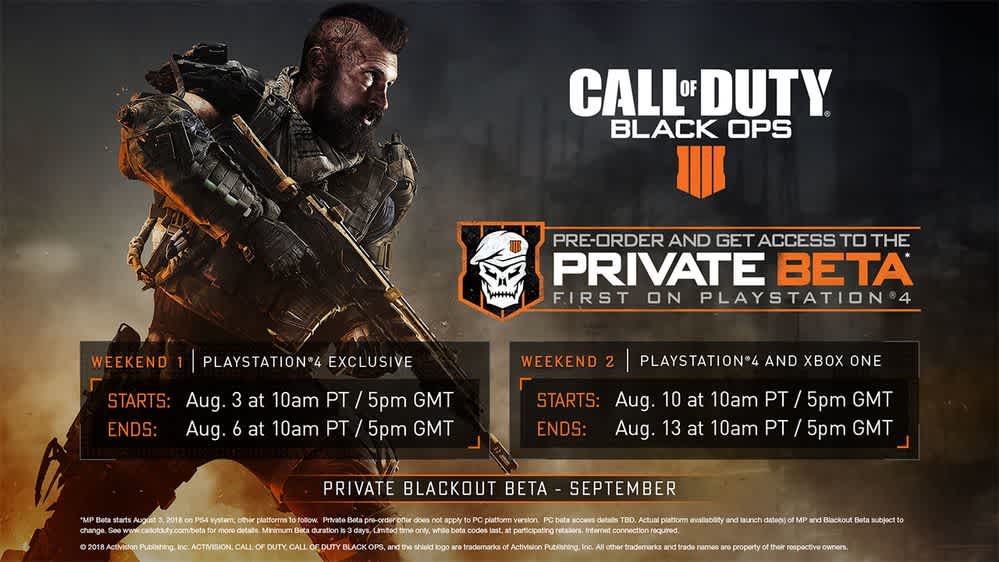 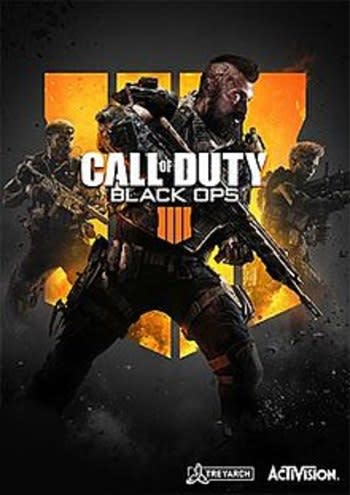 Call of Duty: Black Ops 4 is launching it's mulltiple beta's across all platforms.

The second beta will have a dedicated Blackout game mode which will go live in September, also first on PS4. Blackout is the Call of Duty spin on Battle Royale.

To access the beta on console, you must get a Black Ops 4 code by pre-ordering the game.

On PC, you do not need to pre-order to play the Black Ops 4 beta, though doing so will give you early access of a day. So get your PC's ready!

Everyone participating in the Black Ops 4 beta will receive a "unique, one-of-a-kind calling card". Anyone who also reaches max rank will receive a Permanent Unlock Token for any Create-a-Class content for the full game.

Check out the fancy beta trailer below: