Destiny 2 launched last month for consoles and is set to launch next week for PC. PC is going to be able to run Destiny 2 at 4K resolution with an uncapped framerate (if you rig can handle it) and they've released a trailer showcasing some beautiful graphics, check it out below. The beta was a fun little play, and I know a lot of people are excited to get involved. It's been a month since launch, so you can check out some youtub

This week we've seen Destiny 2 open beta hit Blizzard Battle Net and opened up to millions of gamers to try out Bungie's follow up to the successful Destiny. Bungie has confirmed the servers go live 6th September, at 12am (of your country).  Bungie also confirmed when Destiny 2's first Nightfall strikes, Raid, and Trials will begin. The Nightfall strikes will be available right away, while the Raid kicks off at 10 AM PT / 1

Destiny 2 PC Beta is just around the corner and you can already pre-order via Blizzard Battle.net Do make sure you are eligible for beta on your Blizzard Batte.net account, and then get ready for the Open Beta hitting at the end of the month. You can pre-order to get in early, but hey, I wouldn't pre-order even if its Blizzard. Destiny 2 Open Beta opens on the 29th August and closes on the 31st, so it's only for the weekend! C

Since the announcement of official StarCraft remastering the community has asked "Will Diablo 2 get an official remaster?". Top fansite (I'm sure you guys will remember) Diabloii.net's Xanth interviewed David Brevik and talked about Diablo 2 and the challenges of making a remastered Diablo 2. The pair discuss my favourite mode Hardcore mode and how it was originally designed to be the default mode in Diablo, but decided to

Dropzone is an action strategy game where you control up to 3 customised giant robots in 15 minute matches. Equip your robots (we call them Rigs) with different weapons, body types, and specialised gear that determine what abilities you bring into a match. The goal of the game is to fight against your opponents in a race to destroy neutral AI-controlled aliens called the Kavash, and deposit the resources they drop into a capture point at the c

Dota 2 version 7 has brought along some huge sweeping changes, changes so big, you'll be re-learning the game. So let us take a quick glance. Monkey King, a new hero with tree jumping, rune illusions, some crazy attack damage sets him up as a perfect melee ganker and carry role.  Monkey King is described as a Melee Cary Escape Disabler and his abilities definitely affirm his roles. You can read all about Monkey King here. Mo

Yesterday the main event day 1 kicked off, DOTA 2's main major tournament with daily matches till the 13th August. The International - Main Event is at the Key Arena in Seattle, with a HUGE $20,148,430 prize pool. Meaning the first prize will be taking just under $9.000.000 for the first place spot. Check out the prizepool here. The first BO3 matches yesterday kicked off with OG and MVP Phoneix. The matches are

Destiny: Rise of Iron is the next expansion to the Destiny universe. It features an all new cinematic story campaign set within The Plaguelands, a brand new location on Earth. Under the command of Lord Saladin you will face a new faction of Fallen Devils, the Splicers, while unravelling the mystery of the Iron Lords. Rise of Iron features new weapons, armor, and gear, as well as a new cooperative three-player Strike, a new mode and maps f

id Software and Bethesda announced via a gore and demon-packed YouTube video that the long awaited reboot of the Doom franchise will be released on May 13th.  It has been over twenty years since the first release ushered the FSP genre into the spotlight. Since then, community after community has popped up to share their stories of playing the game and mods of the original source code. There are a lot of game franchises that would like to

Dragon Age Inquisition - The return of the Demo?

Has the demo returned!? Origin has popped up a trial mode for Dragon Age Inquisition allowing you to download the game, play unlimited multiplayer and have access to 6 hours playthrough of the single-player campaign. Oh I hope this will set a trend, we need demos, not pre-orders, but... that is for another deeper topic to talk about. So essentially the Dragonslayer DLC Multiplayer, with weekend events, for free? Six hours of the single-p

Darkest Dungeon is an early access game which has made a splash in the dungeon crawlers. Darkest Dungeon is introducing its latest patch July 15th bringing a new class, the Houndmaster, new features, integrations and constant ongoing balances. After the July update, the next stop for us will be the Cove, a completely new dungeon with it’s own bosses, monsters, curios, traps, and obstacles! If things weren’t salty enough, get

Drink Water, RedBull and get DLC

Recently RedBull and Destiny paired up in a marketing move which sent ripples across the web. In a move seen as a joke, the dark times and a good idea has set off varying responses and some are just brilliant. Destiny is a PS4 Exclusive FPSMMO and RedBull are offering cans which you can buy, get codes and redeem your in game products. RedBull is offering a "Focused Light" a one-time consumable Bonus XP buff which increases all

Don't Starve, has announced their latest update, a multiplayer update, free to all those currently supporting; Don't Starve Together! If you didn't own it previous, you will not have been given the free update, yet the game is still in early access. Since the Early Access launch in December, new "DLC" and patches adding new creatures, new games modes, and added significant improvements to modding with general updates

Dyscourse is an interactive choose-your-own adventure where you journey through a stylized world of choice and consequence. You play as Rita, an unfortunate art school grad turned barista who is now stuck on a desert island with a crew of misfit travelers. With a "multiple choice" style prompts, that last choice you just made? It may end up being integral to your rescue or you might have just incited a riot leading to a delightfu

Dota 2 version 7 has brought along some huge sweeping changes, changes so big, you'll be re-learning the game. So let us take a quick glance.

Monkey King, a new hero with tree jumping, rune illusions, some crazy attack damage sets him up as a perfect melee ganker and carry role. 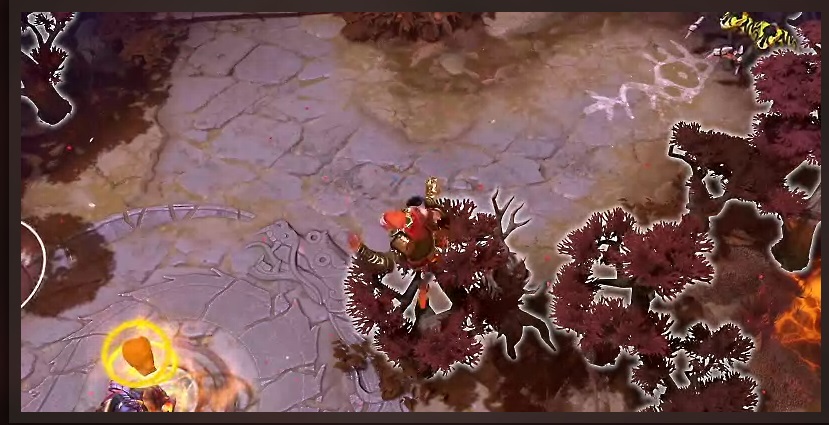 Monkey King is described as a Melee Cary Escape Disabler and his abilities definitely affirm his roles. You can read all about Monkey King here.

Monkey King is not really the focus, he pales in comparison to the changes that the new patch brings overall.

While a load of changes have subtly tweaked the game (yes, you'll be re-learning) a few of the main big changes are the new talent system, and the backpack.

Similar to the Heroes of the Storm-like Talent system, you can choose specific skills for your hero at 10, 15, 20 and 25-level milestones. These confer item-level stat bonuses to your hero, and you pick between two at each milestone. The new talents do not remove the old skills, but add to the old. 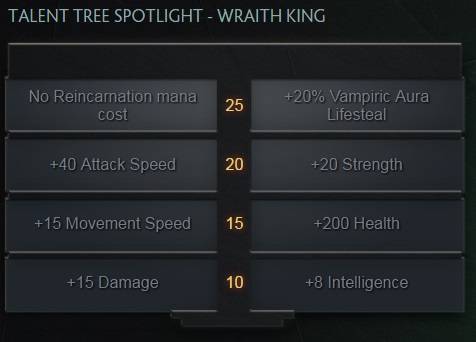 Heroes now have a backpack that allows them to carry three additional items. While backpack items cannot be activated and grant no bonuses, they can be used to complete recipes, and players can swap items from backpack to inventory slots with a short item cooldown.

Roshan has been moved to the top rune area.

New Shrine buildings sit about that provide healing boosts similar to the Heroes of the Storm healing fountains.

Items have been tweaked, changed and amended. Illusions earn gold and xp, neutrals have changed, xp earning, respawn timers, oh god we could go on.

All heroes have the talent changes, in fact there is so many changes it is better to spend a good day going over all the information here.

The hero control console has been reworked to reduce its on-screen footprint and allow space for the new Hero Talent interface and Backpack slots. Information on other selected units now appears in a left-aligned pop-out to let you maintain hero control as you gather intel.

The shop interaction has revamped with a merge of recommended and shop features. You can flip back to the traditional grid to explore alternatives to the established item builds.

The top bar now has a reduced footprint on the screen, providing more vision of the terrain around your camera. We've also added features to the top-bar hero portraits like timers, health, and mana.

In addition new customization, mana costs, and unit query panel brings a smooth sleek look with all the information!

The new pre-game screen will feature background loading to reduce the need to wait when the battle starts.

In addition the new pregame cut-screen introduces a funky VS screen before the battle.

The new hero selection introduces a new layout and has a general revamp, team composition tab, and a suggestions highlighter for the team.

Once you've locked in a hero, start planning your lanes and ward spots, purchase starting items, change your hero loadout, and more. After everyone has selected a hero, you'll have thirty seconds of guaranteed strategy time to make final preparations and item purchases while the game finishes loading in the background. 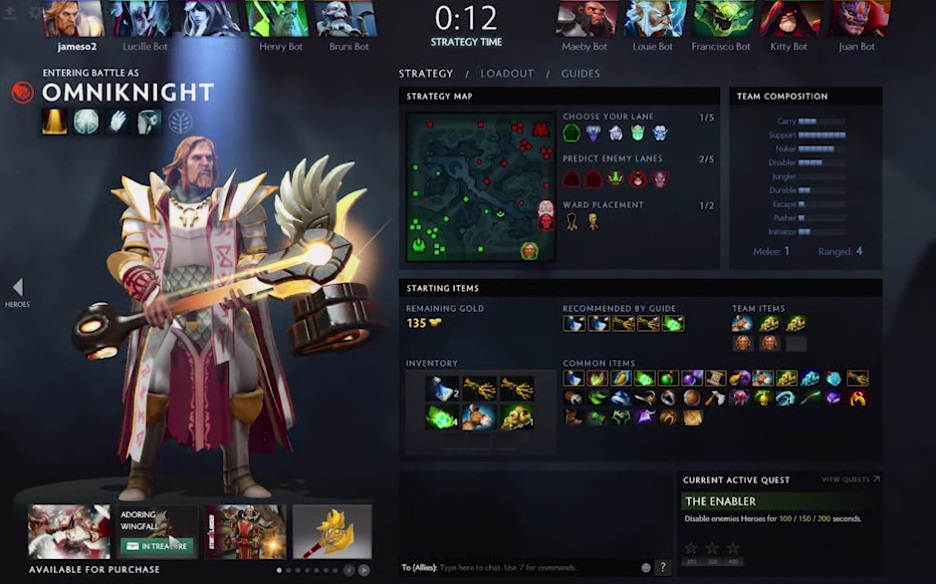 Some heroes have had remodels.

And finally community-authored bots have been given official support.

The entire patch notes are available over at Dota 2

Are you eager to get playing? What do you think of the changes?