Drink Water, RedBull and get DLC

Recently RedBull and Destiny paired up in a marketing move which sent ripples across the web. In a move seen as a joke, the dark times and a good idea has set off varying responses and some are just brilliant.

Destiny is a PS4 Exclusive FPSMMO and RedBull are offering cans which you can buy, get codes and redeem your in game products.

RedBull is offering a "Focused Light" a one-time consumable Bonus XP buff which increases all experience gain by 50% for a period of 30 minutes.

You find your access code under the tab of any specially marked Destiny Edition Red Bull can, available exclusively at 7‑Eleven in July.

Marketing with drinks and promo codes is nothing new, but the move into gaming from game supporting giant RedBull has sparked the varied responses.

The main culprit of the joke is due to a 4chan greenpost a few years ago where they predict the future and need to drink mountain dew constantly to verify access to their xbox.

The backlash has combined with not only this "free" DLC but the need to have multiple expansions to even get the offer. Most Destiny fans feel like they have had DLC removed and are held hostage by Red Bull to get the last bit. Destiny Creative Director responds.

More humour has been shed when Dying Light Developers stepped up and in remarkable speed offered a spoof campaign of "Drink Water, get DLC" 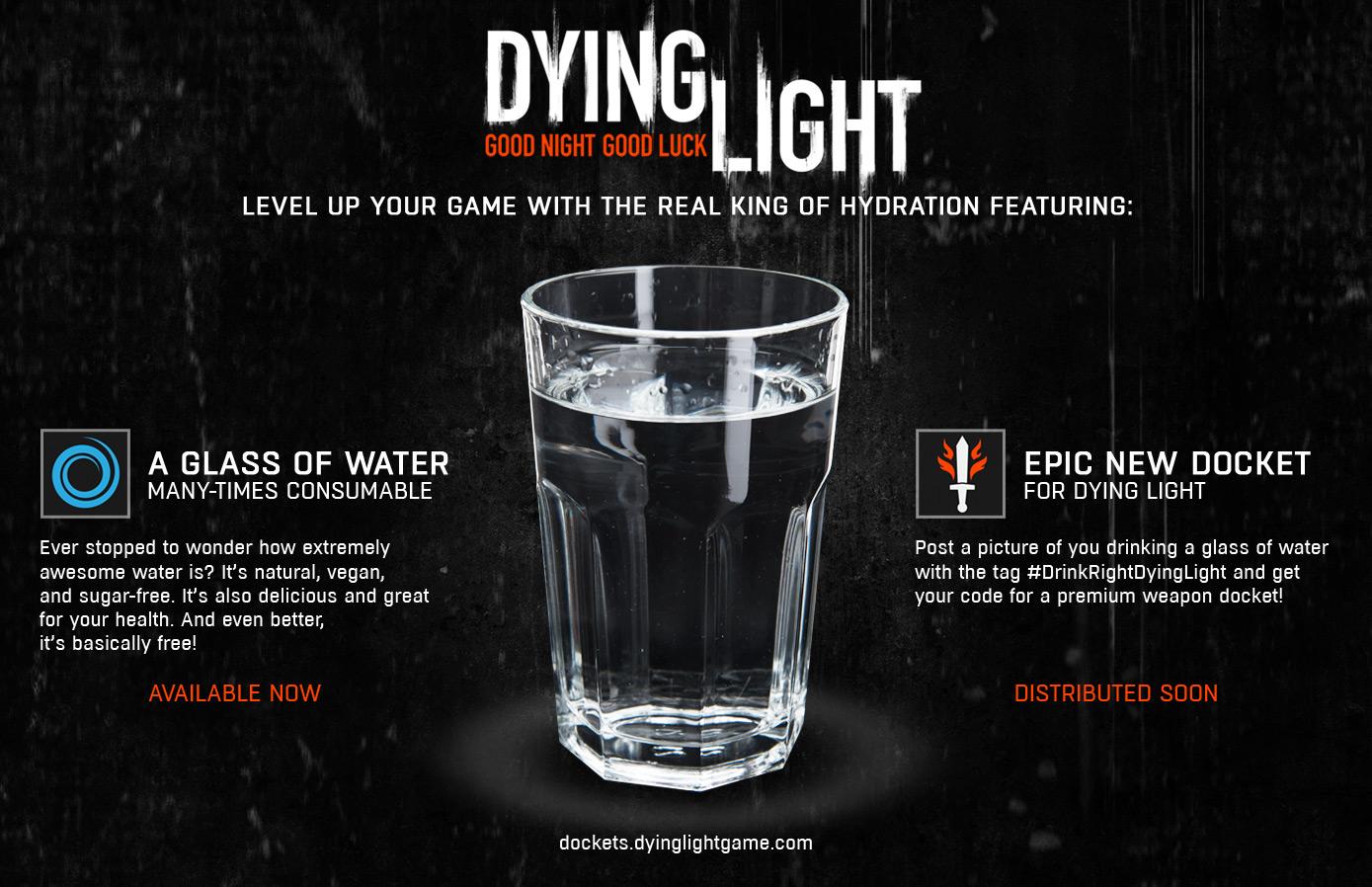 Check out the Red Bull Offer

And the Dying Light Offer