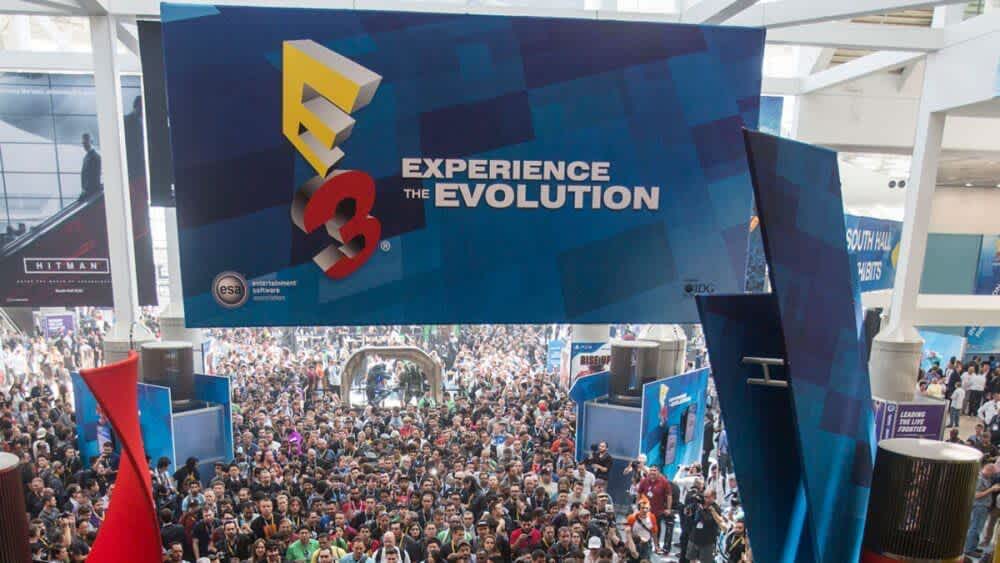 We saw the Electronic Entertainment Expo aka E3 hit the gaming scene and its gooOOOoood. We've already covered some highlights of Saturday and Sunday. Now we checkout Monday and Tuesday.

Monday kicked off with Square Enix showcase which kicked off instantly with little gumf and chatter and gave us some wonderful trailers such as the Dragon Quest 11: Echoes of an Elusive Age, Kingdom Hearts 3 which isset to come out in Jan 2019. Just Cause 4 and Babylon's Fall.

Following all that came Ubisoft bringing us a wide selection of great sounding games.

Beyond Good and Evil 2 was announced for 2019, dubbed a "space opera" and has been headed up by Joseph Gordon-Levitt. Check out the trailer here.

Trials Rising is set to come out early 2019, a fancy bike hoping vroom vroom game across all platforms and information on the beta sign up,

The Crew 2 is set to come out at the end of the month, June 29th and has met a bit of a wet reception sitting firmly behind Forza Horizon in terms of handling, but ahead of  games like Test Drive ;)

The open beta is hitting us on the 21st next week and you can download now.

Transference is a horror game set to come out later this year, across all platforms and VR. Transference is getting  developed by SpectreVision a studio founded by Elijah Wood. Yet another actor moving into gaming. Gaming is the future yall!

The hype has been fairly low as the game is offering itself as a "movie" yet a "game". Check out the trailer to see yourself.

The Division 2 is coming next year, set to be release March 15th 2019 and is the next step up from Division 1. The Division 2 will be set in Washington, increasing squads to 8 from 4. Featuring new classes and specialist classes for end game. 3 DLC have already been announced, but is slated to be free updates. Check out the trailer here.

Skull and Bones is announced without a release date. Being developed by Ubisoft Singapore it seems to be Asassins Creed Black Flag EXPANDED. a Multiplayer action game of Pirates. You can check some footage about the "Hunting Grounds: Multiplayer Open World" here.

For Honor has announced their latest faction (Chinese) and new game mode, Breach (which is siege gameplay). For Honor is one of those games which launched, fell flat with poor support but has seen a large turn around as they improved the dedicated servers, netcode, design and is riding a wave of huge comeback.

In addition they have announced the For Honor Starter Pack being given away for FREE from June 12 to June 18th.

Satisfactory was announced and did anyone say 3D Factorio with survival elements!? Yes please!

Warframe announced their highly anticpiated continuation of the story known as "The Sacrifice" is coming this week. Digital Extremes' fan convention, Tennocon 2018, is also coming up at the beginning of July, and promises even more big reveals about the future of Warframe.

Jurassic World Evolution has been rushed out and released June 12th yet has had mix reviews so far being plagued with bugs and short sighted development. Probably released early in time for the cinema release. JWE looks like Zoo Tycoon mixed with Dinosaurs.

And finally this years Star Citizen "Alpha" teaser (like a familiar uncle showing up to all christmas events) You can check it out here if you want.

Sony then hit us with The Last of Us Part II which seems to purely be playing Ellie and if you liked The Last of Us, this does look good. Check out some gameplay here.

Ghosts of Tsushima has been announced for PS4 as an RPG action adventure following Jin Sakai who is one of the last survivors of a noble samurai clan  Check out some gameplay here.

Death Standing was the big hype of Sony by Kojima Productions and has gone for the shock value with the continued theme of babies in jars.

While the gameplay videos looked interesting the feedback has been met with fanboys, hype and some critisim that the game looks like a literal walking simulator.

Check out the trailer below:

When Tuesday hit us, we were eager to see what Nintendo had to offer.

Check out the trailer here.

Fortnite is out and available in the download store. (June 12th)  You can play crossplatform and login to existing accounts allowing you to link up  and play against  everyone (Xbox One, PC) but NOT your Sony PS4 (which has met some backlash!)

Fire Emblem: Three Houses is set to release Spring 2019 as the latest addition in the RPG series. Check out these visuals and transitions.

Daemon X Machina is a fast paced action MECH game. Set to come out in 2019. People have said it looks like an Armored Core game and it has been a nice surprise to Switch Owners.NA Trailer here.

AND THE BIG ONE. Super Smash Bros. Ultimate which is stated to feature every single character from all games. Website here (with videos of all characters).

Set to come out December this year. Just in time for Xmas ;)

Check out the 25 minute trailer about all characters below: