The Final Announcements for Super Smash Bros Wii U 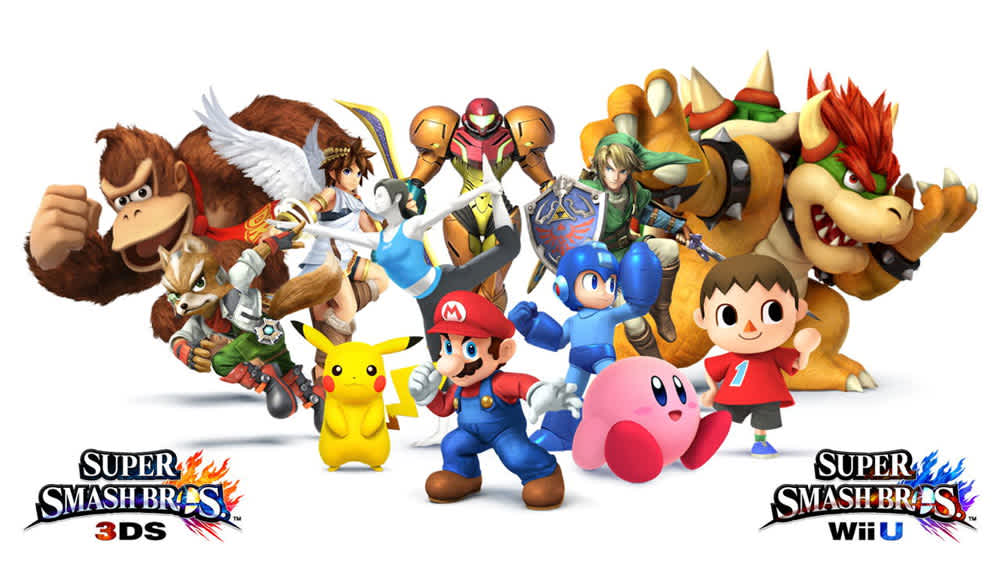 Masahiro Sakurai, Director of the Super Smash Bros. series, hosted the final presentation for the game today, announcing the last two additions to the list of fighters. Once they release, hopefully in February of next year, there will be 58 playable characters and 84 stages.

Corrin, from Fire Emblem Fates was announced first. The tactical role-playing game is due to be released for the 3DS in the west on February 19th. As you can choose your gender in Fire Emblem Fates, so can you in Smash. Corrin has dragon blood running in their veins, so while they carry a pretty impressive looking sword, most of their attacks involve morphing some or all of their body into a dragon. Corrin doesn’t get their own stage, but there are two new tracks for the Wii U - versions of the Fire Emblem Fates theme - as well as two new trophies. Their challenger illustration was done by Yūsuke Kozaki, the character designer for the Fire Emblem series.

The majority of the presentation was dedicated to showing off Cloud who was promised to us in the last Nintendo Direct in early November. After going through his attack animations, we learned that he is available for download today. For many of us, Final Fantasy VII is a landmark in our gaming lives, so this is a pretty exciting addition to the lineup.

We also got a run down on the new Midgar stage which includes Summon Materia from Final Fantasy VII. Monsters spitting all of the elements will come to the fighter’s aid and their attacks look pretty devastating if you get caught in them. Tetsuya Nomura, who originally designed Cloud, did the challenger illustration which depicts an often fan-drawn scenario: Cloud vs Link.

They announced the final list of Mii costumes as well as showing where to find QR codes that will help you build your Mii to look like characters from your favorite games. Today, you can get your digital hands on a Chocobo hat and Geno from Super Mario RPG, a gunner. Coming in February are: Bionic Armor, a brawler suit; Ashley from Wario Ware, inc, a sword fighter; Gil from The Tower of Druaga; and from the Sonic the Hedgehog franchise, Tails, a gunner and Knucles, a brawler. Interesting to us is that Takamaru, a sword fighter from a 1986 Japan-only game called The Mysterious Murasame Castle who was considered as a playable character for Smash, but ultimately left out due to the lack of western familiarity. Booo.

For months, Smash fans have been debating the winner of the Fighter Ballot. Bayonetta was the most asked for addition to Smash by the people of Europe as well as top five in the US, making her the most asked for “among realizable characters.” They took great care to transfer the fighting style of the games over, and she looks amazing. Several details from the games are brought in like butterflies when she lands and roses falling when she is hit. Her attacks are fierce and allow for long, off-the-ground combos. Summoning the limbs of demons and being able to slow down time helps a bit too.

Bayonetta’s stage, Umbra Clock Tower, has you fighting on a horizontal clock face while other platforms fall around you and angels you might recognize form the game make guest appearances as well.  There are several songs from both Bayonetta games, some in their original form, others remixed specially for Smash on the Wii U. You’ll get Jeanne, Rodin and Cereza trophies.  The challenger illustration was done by Eiji Funahashi who worked on the development of Bayonetta.