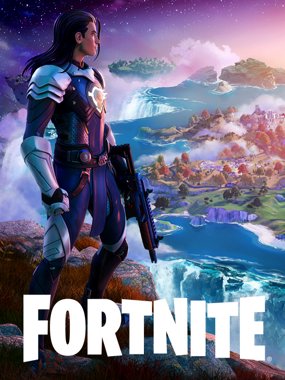 Season 7 arrives as the Iceberg collides with the island continuing the narrative of the crazy island of Fortnite.

In season 7,  the new Battle Pass introduces the X-4 Stormwing plane and adds skins known as "Wraps" for weapons and items in Battle Royale. In addition Battle Pass owners will get early access to their creative island.

The map has evolved so you can now discover new areas such as Frosty Flights, Polar Peak, and more!

Fortnite Creative, a new experience where you can create, play, and save anything you can imagine on private islands! In Save the World, the Stand and Fight campaign comes to an exciting conclusion as Canny Valley Act 3 is released!

Imagine, Build, and Battle like never before in the early release of Fortnite Creative!

Battle Pass owners will have early access to their own Creative island for one week, then all players will receive islands on December 13, 2018.