Get In On Rocket League's Second Season, Free With GamerDating Subscription 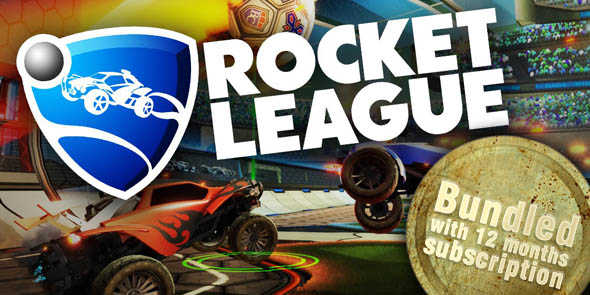 Rocket League is starting a second season in February and if you haven’t given it a shot yet (pun intended), you can get the game with a Gold subscription bundle on GamerDating. We are all about games that you can play on a couch, next to your perfect Player 2, and this one has taken the sports game world by storm.

In case you have been under a rock for the last seven months or so, Rocket League is the insane vehicle soccer (football, dangit) game developed by Psyonix. If you are a PlayStation user, you might remember them from Supersonic Acrobatic Rocket-Powered Battle-Cars, the predecessor to Rocket League.

The new season’s biggest change is the removal of Rank Points. In season one, you were awarded these for your losses and wins, but they often seemed to have no solid connection to your Skill Rating. In season 2, your Skill Rating is determined with ten unranked games as well as data from last season if you participated. Players are placed in one of twelve divisions and have the ability to work their way up; when you reach the average level of the next division, you will be promoted.

As of the new season, Rocket League will be available on Windows, PlayStation 4 and Xbox One. We have keys for Windows, but if we get enough clamoring for other keys, we will see what we can do - you are why we are here and we want all of our gamers to be happy! Email us at community@gamerdating.com about seeing more keys on other platforms.