Ori and the Will of the Wisps Review 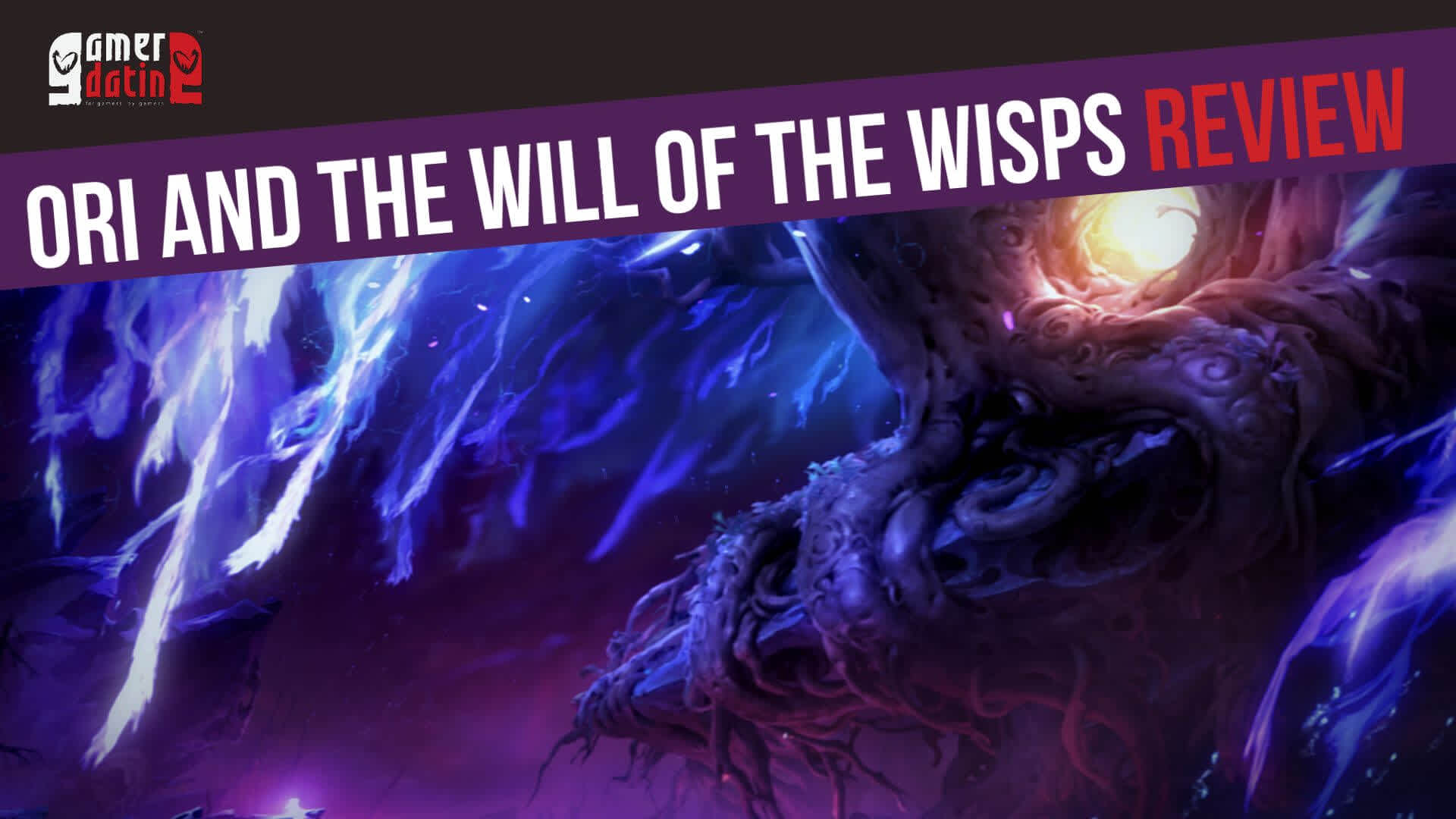 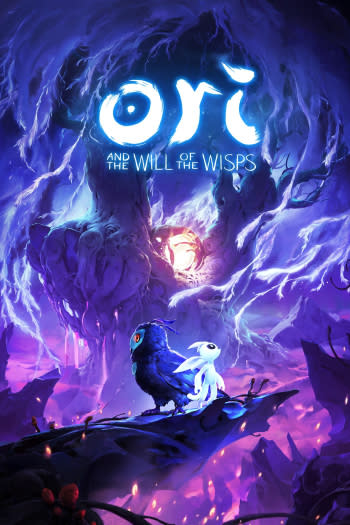 It has beauty, it has grace, it will punch you in the face.

Vibrant colours and a clearly defined palette help to distinguish all of the game's many areas from each other, as well as distinguishing a unique art style. The almost complete lack of spot colouring (specifically white) meant that it was a rare occasion indeed when I lost track of Ori among everything else on screen. Speaking of such, there were instances where foreground elements obscured my view of what was going on for few moments and only a handful where all of the on-screen particle effects taxed my ability to keep up with what was going on, although I do admit to having a problem with being easily overstimulated visually.

The UI, such as it is, is a minimalist wonder. Health and energy are displayed at the bottom of the screen in an easy to read manner, the abilities assigned to shortcuts are displayed between the two, and your money-equivalent flashes up when you collect it but fades from view when not needed, allowing you to fully lose yourself in the aforementioned painting-like backgrounds. All of this is set to a wonderful, extremely emotive score. Seriously, this is a game where the OST is better than the moment-to-moment gameplay and you owe it to yourself to check out the music if nothing else. 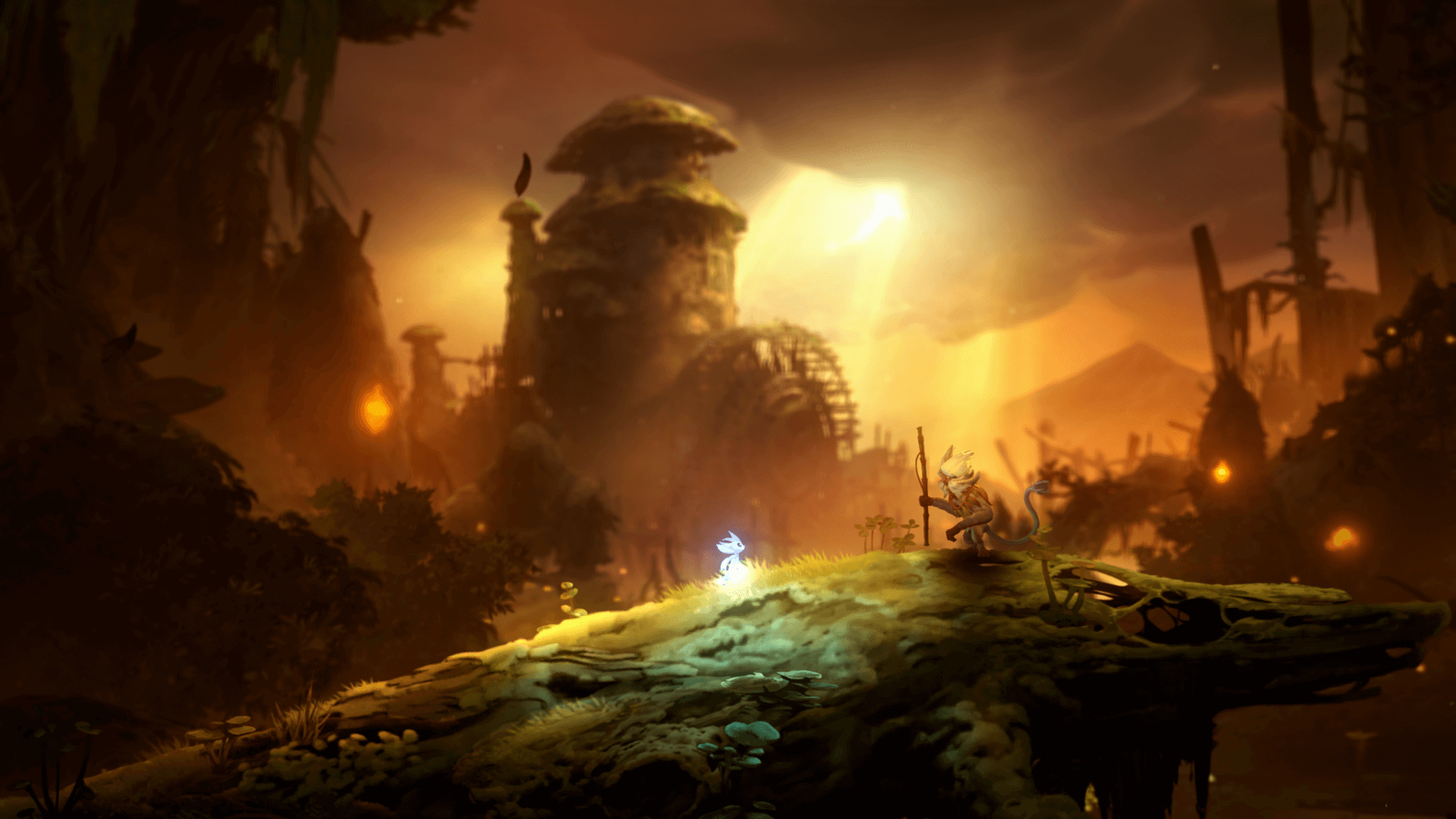 I kept getting lost in the background art. Hopefully, you can see why.

Obviously, graphics and audio aren’t everything when it comes to gaming and no review is complete without actually mentioning the gameplay itself. As I opened with, Ori and the Will of the Wisps is a metroidvania-style game with all that that entails: platforming, backtracking, puzzle-solving and combat. The map itself felt big without being too big and easily the standout feature for me was the ease of movement. I’m a sucker for games which just feel good to move around in and, even from the start, Ori was fluid and responsive to control.

I should re-iterate I was playing with a controller but there is enough care put into the rest of the game that I imagine keyboard controls to feel equally as fluid.

For this entry into the series, Ori is no longer alone. A large cast of supporting characters have been added, each one lovingly designed and animated. Whilst most belong to a cat-like species called the Moki, there is enough variety that remembering who wants which item for a side-quest doesn’t become a problem. There are a decent amount of side-quests, from rebuilding a village to a game-long trade-quest, each of which brings a different part of the world to life in the two or three text boxes that scroll through the start and the end of the quest. At their core though, all of these quests boil down to ‘ go and find something for me’, albeit pointing you in shadowed corners of the gorgeous map. 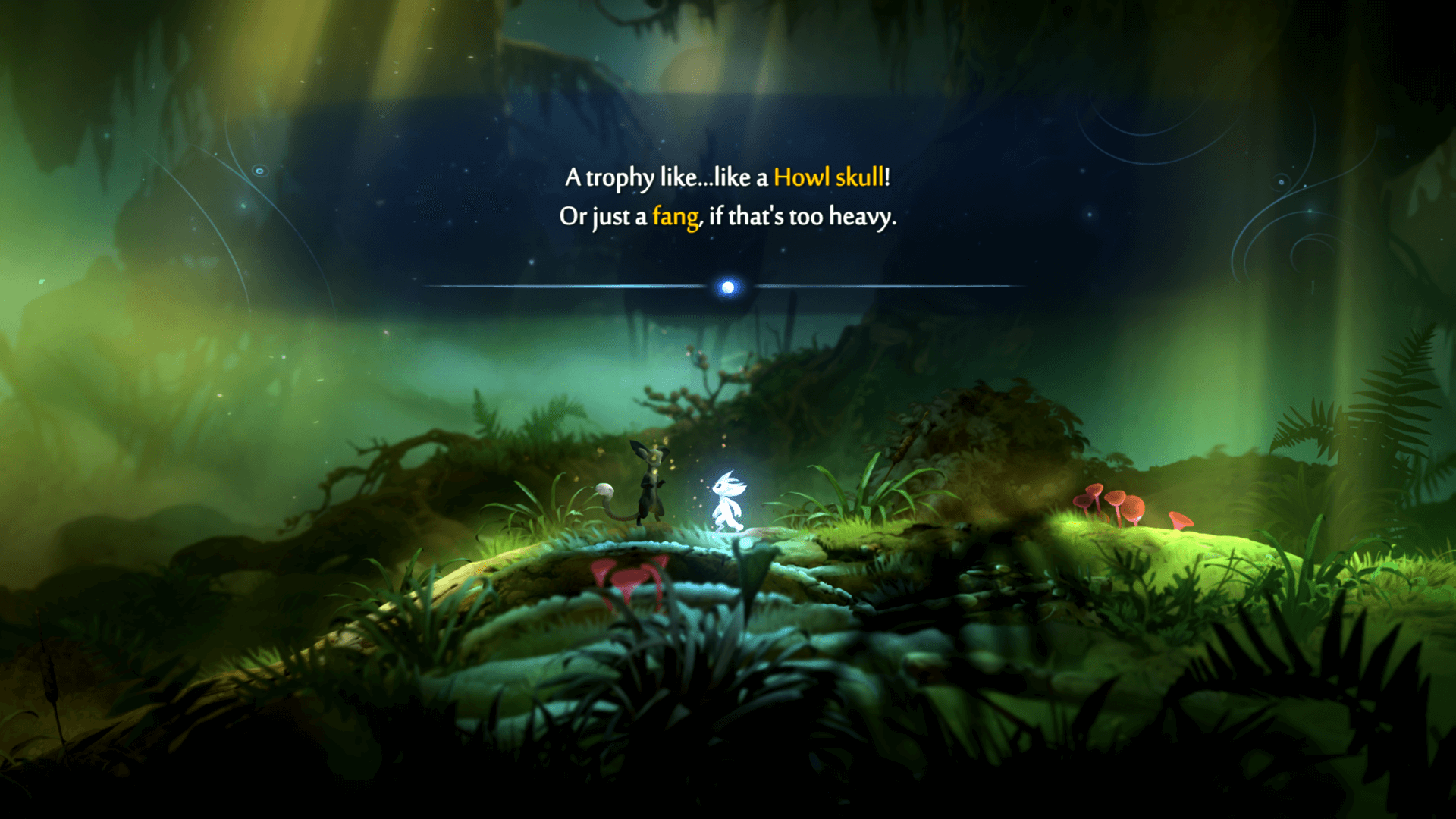 They aren’t asking for much, are they?

On top of the amazing movement, the game boasts an impressive amount of customisation in the form of many upgradable ‘shards’ which can be equipped through one of the game’s three (gorgeous) menus. You start out being able to equip only three, but can increase this capacity through optional combat arenas, and each modifies your playstyle in some way: for example, one offers reduced damage whilst another (which feels almost mandatory) offers a triple jump. At no point did I feel like I was forced into a certain loadout though.

This brings me onto combat and puzzle-solving. I played through on Easy for the first time. I’m not familiar with the genre and I wanted to complete the entire game without getting frustrated, but I did go back and play the opening hours on Normal and I’ll tell you now, after the halfway point Easy is VERY easy. If you’ve found many of the health and energy upgrades you’ll be able to tank boss fights (all of which are pleasantly varied) easily and the only real dangers will be instant-kill areas (although the game does tell you when your timer is running out and it is about to kill you). Normal is a nice challenge requiring some thought about in-combat movement and attack choices (sword, hammer, bow etc.) and is how I will play the game for any future playthroughs. 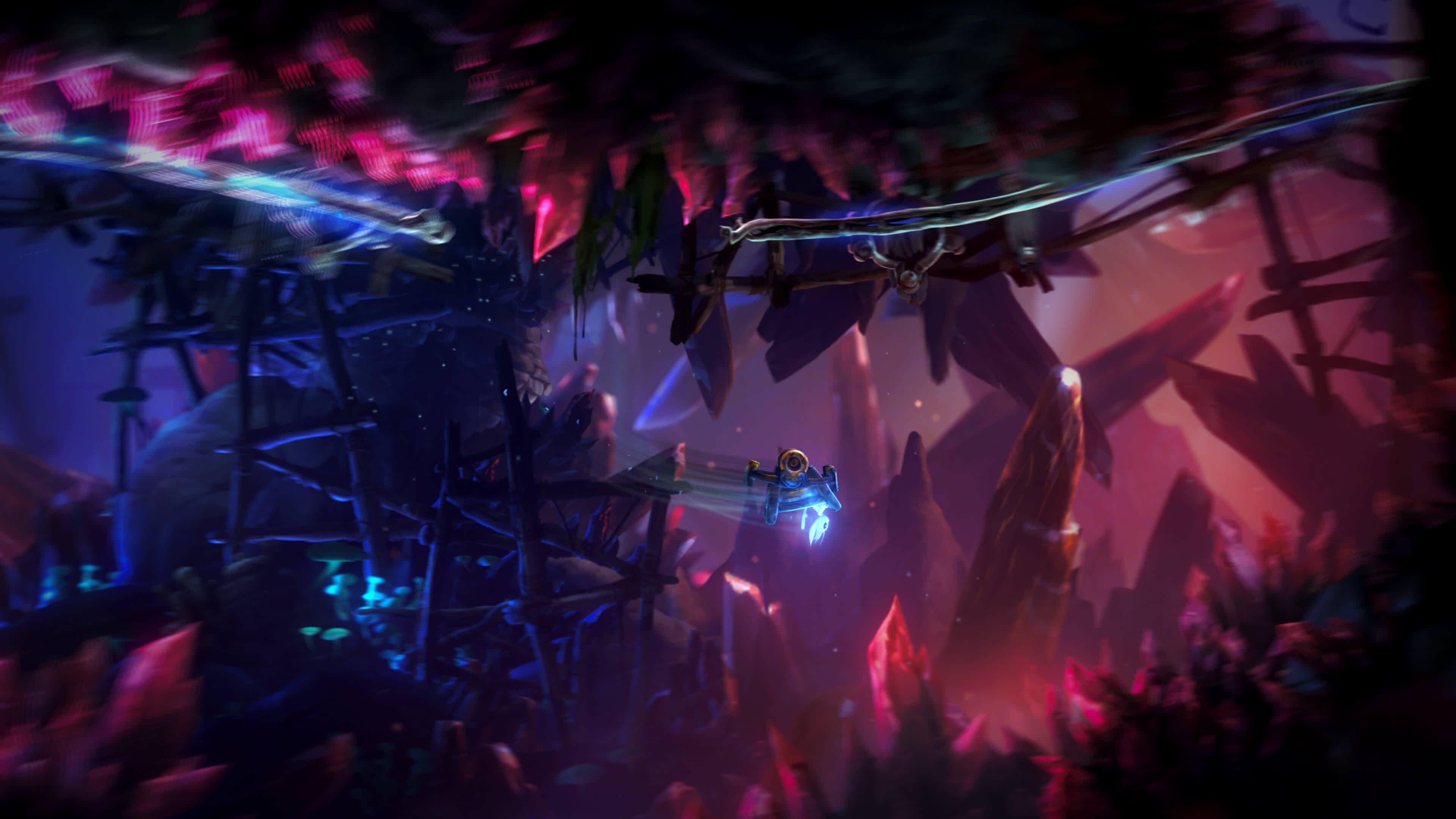 A beautiful game for this Ori sequel

The puzzles themselves were… okay. At no point did I feel like I couldn’t complete one, but several times it seemed possible to solve a puzzle in a variety of ways only to realise that I had been overthinking it because the game hadn’t taught me, or wasn’t even hinting at, the actual solution. Several times the breakable wall textures changed, or I was called upon to use one specific ability to interact with objects with no real clue as to which ability it was short of trying everything.

It was during some of the platforming puzzles where I got most frustrated as the fluid controls proved themselves to be too loose and led to me having to complete the lengthy puzzle set-up over and over again. Also, be warned that the latter half of the game has many, MANY spike pits that it is VERY difficult to leave if you happen to end up in them. 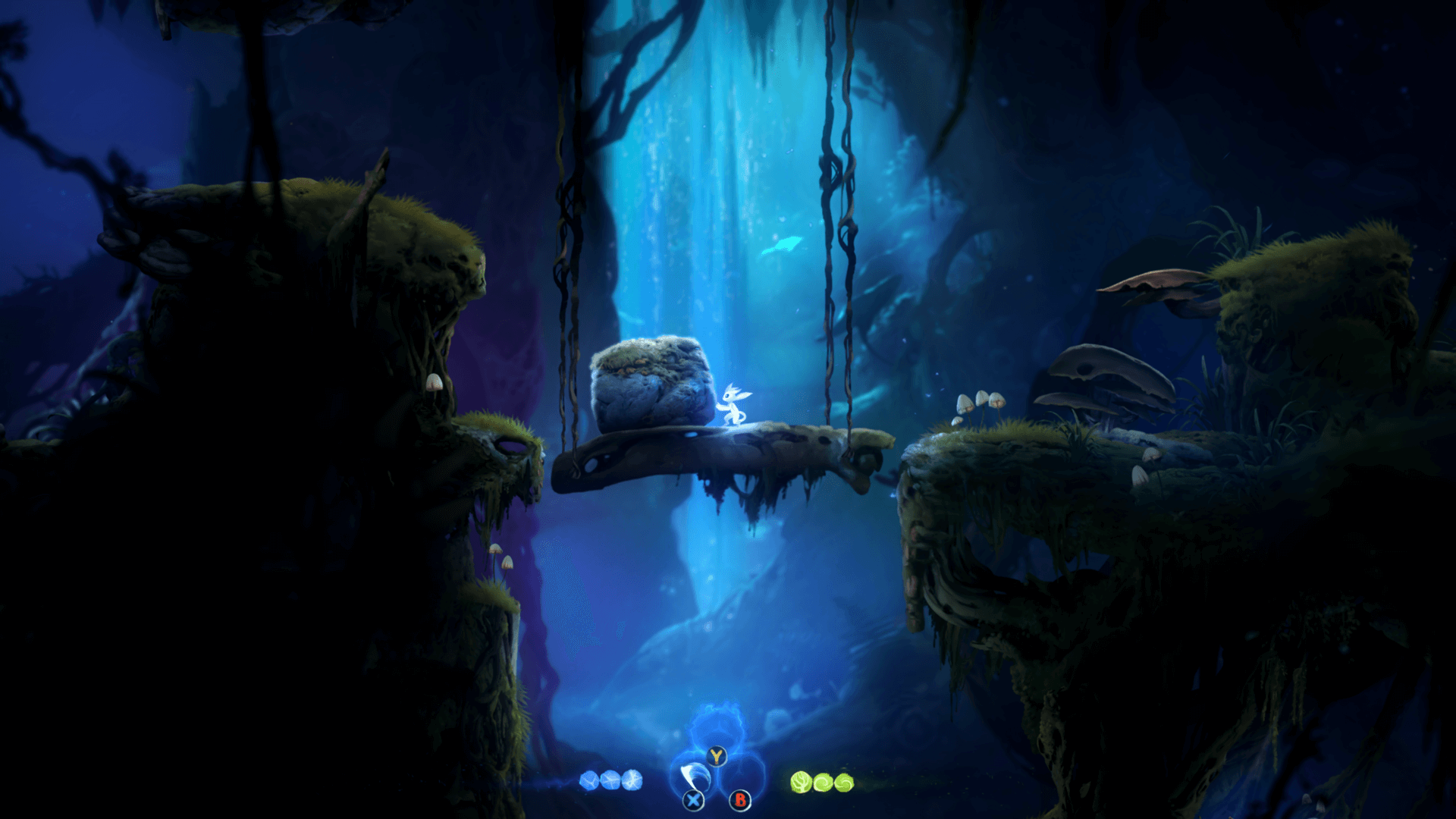 Some of the early game puzzles, like this one, are classics. Later ones are not.

These two things, long reset times for puzzles and inescapable spike pits, are my main niggles. Sure, I encountered some bugs and glitches, but what game launches without them these days? Nothing I encountered was game breaking, mostly confined to visual problems with animations and, on one occasion, an extended hitbox on a climbable object, with the most annoying thing being the lag when opening the map after I’d filled in a lot of it. Nothing here is problematic though and those things I did find were mild annoyances at worst and nothing really to complain about.

You can even get a plushie now

What I did like, in terms of polish, was the option to leave the escape sequences that Ori and the Blind Forest was famous for. These are prolonged chase segments of tight platforming that, if you slow down too much, will kill you and send you back to the start. I never felt the need to abandon the challenge, but I appreciated the option to back out and return later after exploring the map a bit more.

That’s really the nub of the problem here for me. I think the game is pretty well priced at £24.99 on Windows and Xbox One, and there is enough content to bring me back for more (mostly to try out different shard combinations) but I would dearly hope that by the time I come back to it those minor annoyances are ironed out because taken as a whole they did detract from the game. 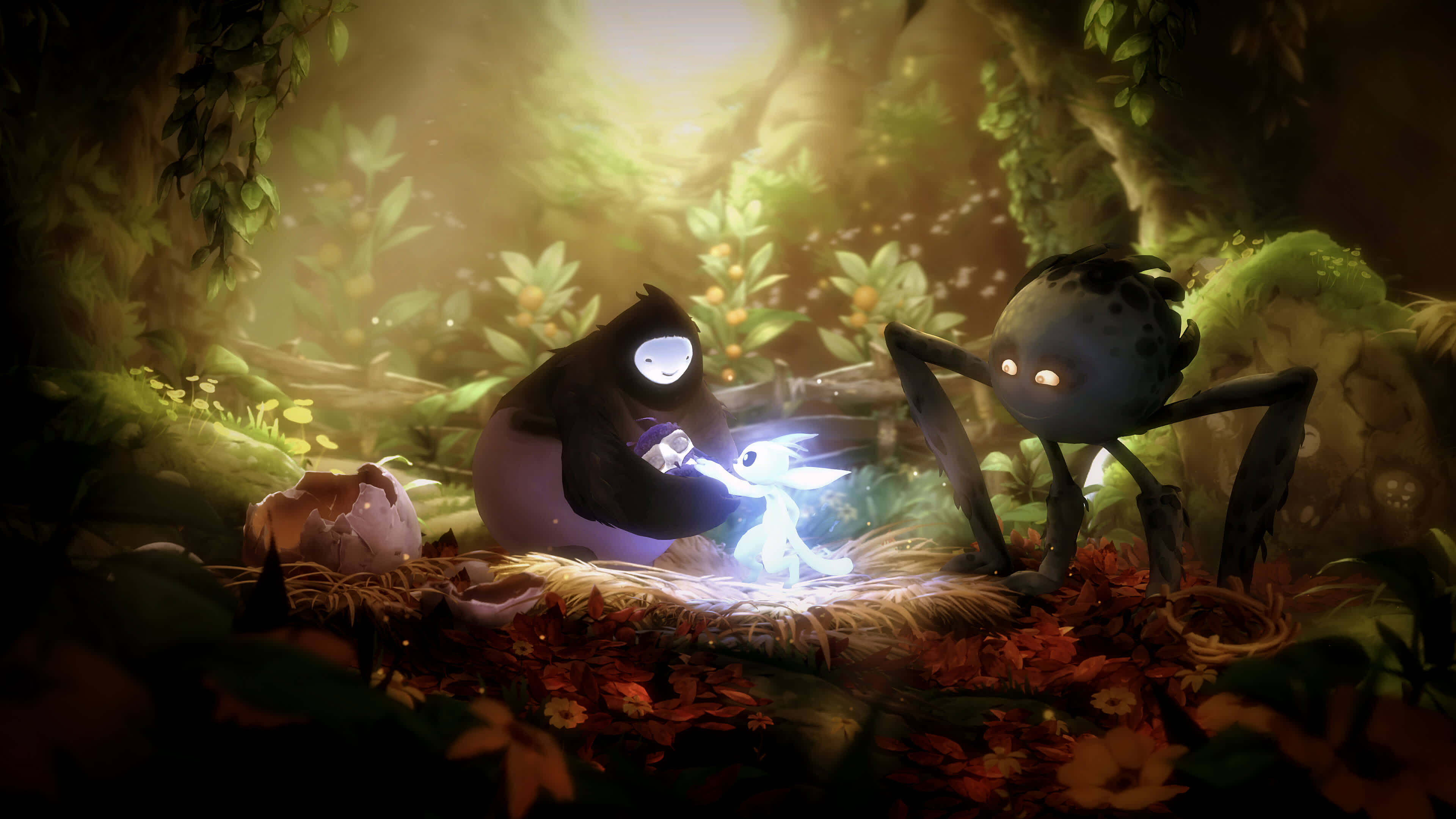 You can also grab this beautiful art on Xbox Pass if you are that way inclined.

This is a game where the art style, soundtrack and (largely) well-written narrative set-up an atmosphere of wistful melancholy but where the puzzles/environmental design, challenging combat (on Normal and with nothing at the start of the game, at least) and brutal escape sequences yank you out of that and replace it with a teeth-grinding frustration.

If you want a largely enjoyable, 10–15-hour game that is both a visual and auditory treat, I would say check this out; but be wary of the obscure/missing environmental clues and tedious puzzle design.

Ori and the Will of the Wisps release date was 11 March 2020, so you can get playing now on Switch, Steam or Xbox.