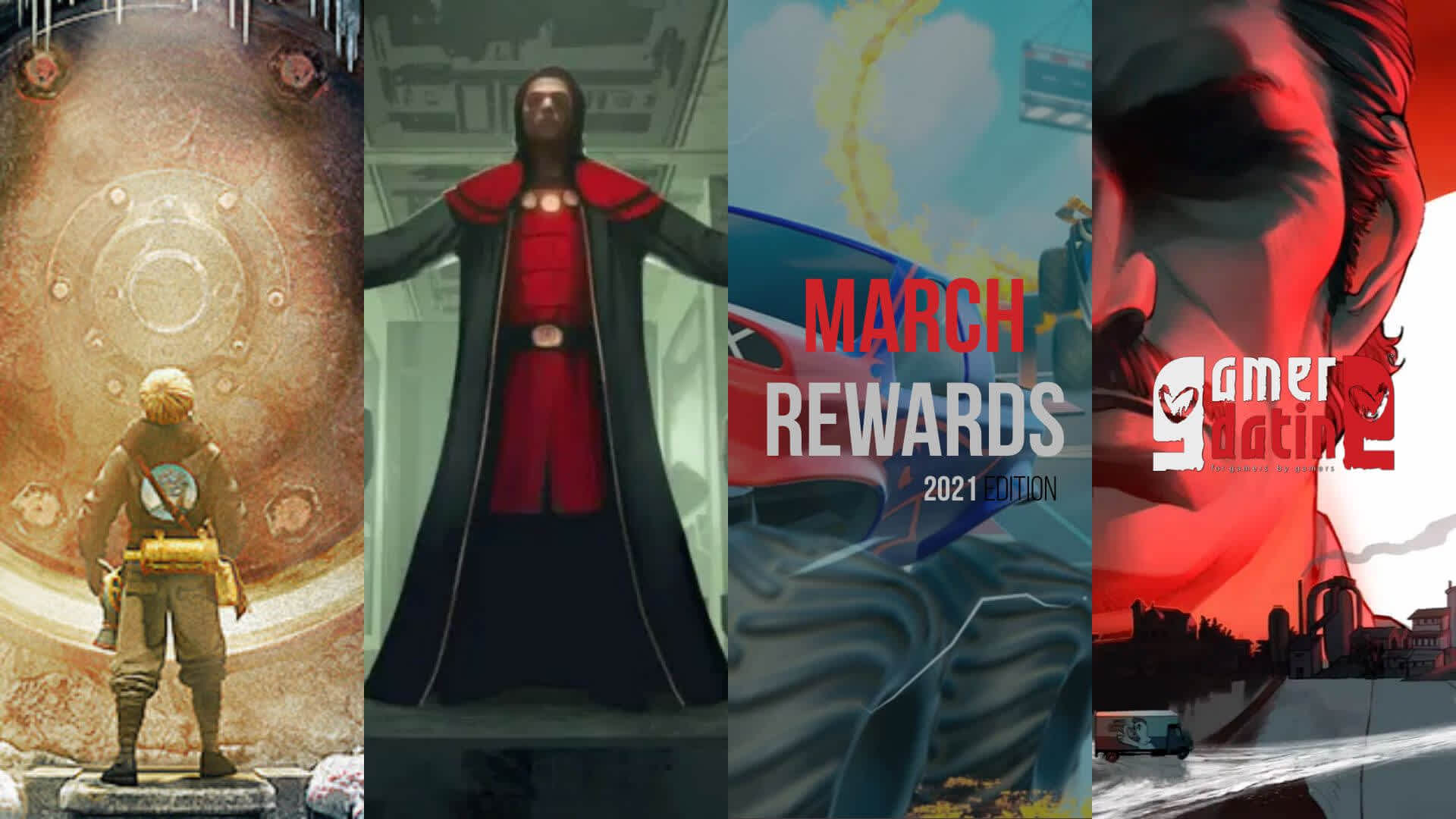 It's April, Spring is here, so its time for a new wave of Subscriber Rewards - We have Paradise Lost, Can't Drive This, Cartel Tycoon, Ranch Simulator and Star Dynasties.

It's that time again! Each week we add more new games that are available with your subscription, and each month we update the selection.

With every first subscription, you get to select a game, gift cards or games to bundle with your premium access. This month we've added even more games, restocked nearly all our previous choices and the most popular!

We offer 2 or 4-month subscriptions which allow you to read messages and send messages to any user, and allows those free users to read and respond to your premium messages. At the same time we throw in a game to say thanks and allow you to play some releases past and present while finding your player 2.

With premium subscription you will be able to message your potential player 2, and allow those free users to respond to you.

Paradise Lost is a story-driven adventure, where you play, Szymon, a boy in a 1980's post-apoc wasteland and unfold a story ahead of you.

It's winter, 1980. Szymon, a boy raised in a post-apocalyptic wasteland, finds an abandoned Nazi bunker. Will he find what he’s looking for? Play Paradise Lost and explore an underground world, where Slavic mythology mixes with retrofuturistic technology. Discover the last story on Earth.

This is one of those games, that skirts your interest, or is a new type of game and you sit on the fence about it. It reminds me of Bioshock, exploring and talking to someone as you travel. Grab it here instead and have a nice topic to discuss.

Explore a place where WW2 had no winner after nukes destroyed the earth. Check out the trailer below:

Can't Drive This is co-op racing action game where one player drives, and the others build the track!

Can't Drive This is a competitive co-op (it's a thing) multiplayer party racing game. Drive your monster truck WHILE your friend builds the road in front of you! Oh, and don't go too slow, OR YOU'LL EXPLODE! Like in that Sandra Bullock movie, in which she kinda does the same thing, but on a bus. Also, she doesn't explode (Spoiler alert). Also, Keanu Reeves was in the movie.

4 player chaos, we recommended this one!:

You can grab this with a Gold package.

Doctor Who: The Lonely Assassins

Doctor Who the Lonely Assassinsbuilds on the terrifying legacy of the Weeping Angels, first encountered in the iconic story “Blink”, Doctor Who: The Lonely Assassins is a thrilling found-phone mystery developed by the award-winning creators of Sara Is Missing and SIMULACRA.

Amidst a sinister series of events at a seemingly abandoned house in London, someone goes missing, and you find their phone. When it begins to self-destruct, ex-UNIT scientist Petronella Osgood enlists your help to uncover hidden clues and solve cryptic puzzles. Will you unravel the truth behind the chilling disappearance before it’s too late? But remember: don't turn your back, don't look away and DON’T BLINK.

Check out the launch trailer:

Cartel Tycoon is a survival business sim inspired by the ‘80s narco trade. Expand and conquer, fight off rival cartels and evade the authorities. Earn people's loyalty and strive to overcome the doomed fate of a power-hungry drug lord.

Set in the fictionalized '80s Latin America, Cartel Tycoon tells the story of a time when the cocaine took over first the US, and then the whole world. Ridiculously rich drug kingpins rule over glorious empires, creating thousands of jobs. But a maelstrom of violence threatens this criminal underworld from within.

Check the trailer below:

Star Dynasties is a role-playing sci-fi strategy game set in a divided galaxy following the destruction of Earth. A unique procedurally generated narrative of human drama and feudal politics is mixed together with a light empire management layer. Your choices. Your legacy.

Humanity had just taken its first tentative steps in space, when the catastrophic destruction of Mother Earth plunges the galaxy into a new Dark Age. Centuries later, those few surviving colonies have stabilised into a simple feudal society, unable to comprehend or advance the technological artefacts they use to survive. Internecine fights between an aristocratic elite decide the fate of the scattered fragments of human kind.

This is an Early Access Game by Pawley Games and Iceberg Interactive.

It was once your grandfather’s pride-and-joy, but your family ranch has fallen on hard times and it’s up to you to turn things around. Sitting in a remote forested valley, the dilapidated homestead will test all your abilities as you attempt to turn it into the most prosperous ranch in the region – either alone or in up to four player co-op multiplayer.

This is an Early Access Game by Toxic Dog.

You can get this in our Gold Package.

All these games are updated, restocked but are still first come, first served basis!

Gamers deserve happiness, the quest for love is always the longest, but the sweetest victory of all and we wanted to extend our hand and offer something for you to do together.

Stay tuned for future competitions or promotions and of course our huge new update which will upgrade our platform across the board.