Our February rewards for you 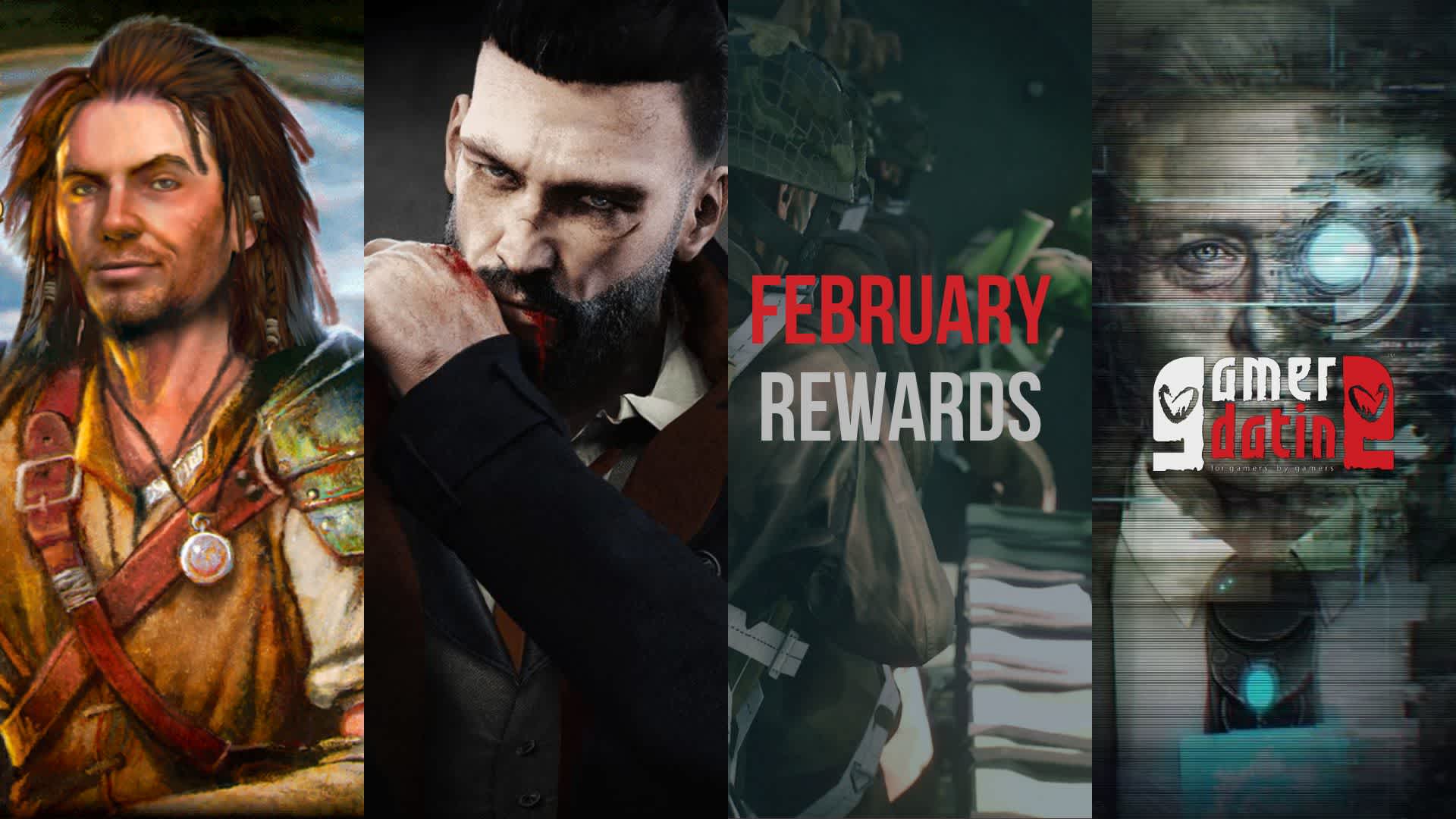 It's that time again gamers! Each week we add new games that are available with your subscription. With every first subscription you get to select a game, gift card or games to bundle with your premium access.

This month we've added even more games, restocked some popular choices and added a collection of new games across both Silver and Gold (Seriously will Civ 5 ever not be popular? - Ed).

We offer 2 or 4-month subscriptions which allow you to read messages and send messages to any user, and allows all free users to read and respond to your premium messages. At the same time we throw in a game to say thanks and allow you to play some releases past and present while finding your Player 2 <3

Deus Ex: Mankind Divided is an action role-playing stealth video game set in dystopian cyberpunk world. You play the experienced covert operative, Adam Jensen who is forced to operate in a world that has grown to despise his kind. Armed with a new arsenal of state-of-the-art weapons and augmentations, he must choose the right approach, along with who to trust, in order to unravel a vast worldwide conspiracy. Top choice for a great single player adventure, check out the trailer below:

Post Scriptum is a WW2 simulation game, focusing on historical accuracy, large scale battles, a difficult learning curve and an intense need for cohesion, communication and teamwork. If you've played Squad, think that but WW2.

Vampyr is an action role-playing game played from a third-person view. It is London, 1918. You are newly-turned Vampyr Dr. Jonathan Reid. As a doctor, you must find a cure to save the city’s flu-ravaged citizens. As a Vampyr, you are cursed to feed on those you vowed to heal.

A few heroes are facing hundreds of foes – are you even able to lead the coolest fantasy people to victory against the dark hordes? Explore a vast world, fight tactical real-time battles, and experience the fantastic story based on the bestseller "The Dwarves".

This is a great offer as you can see on Steam, The Dwarves is a bargain