Our March rewards for you 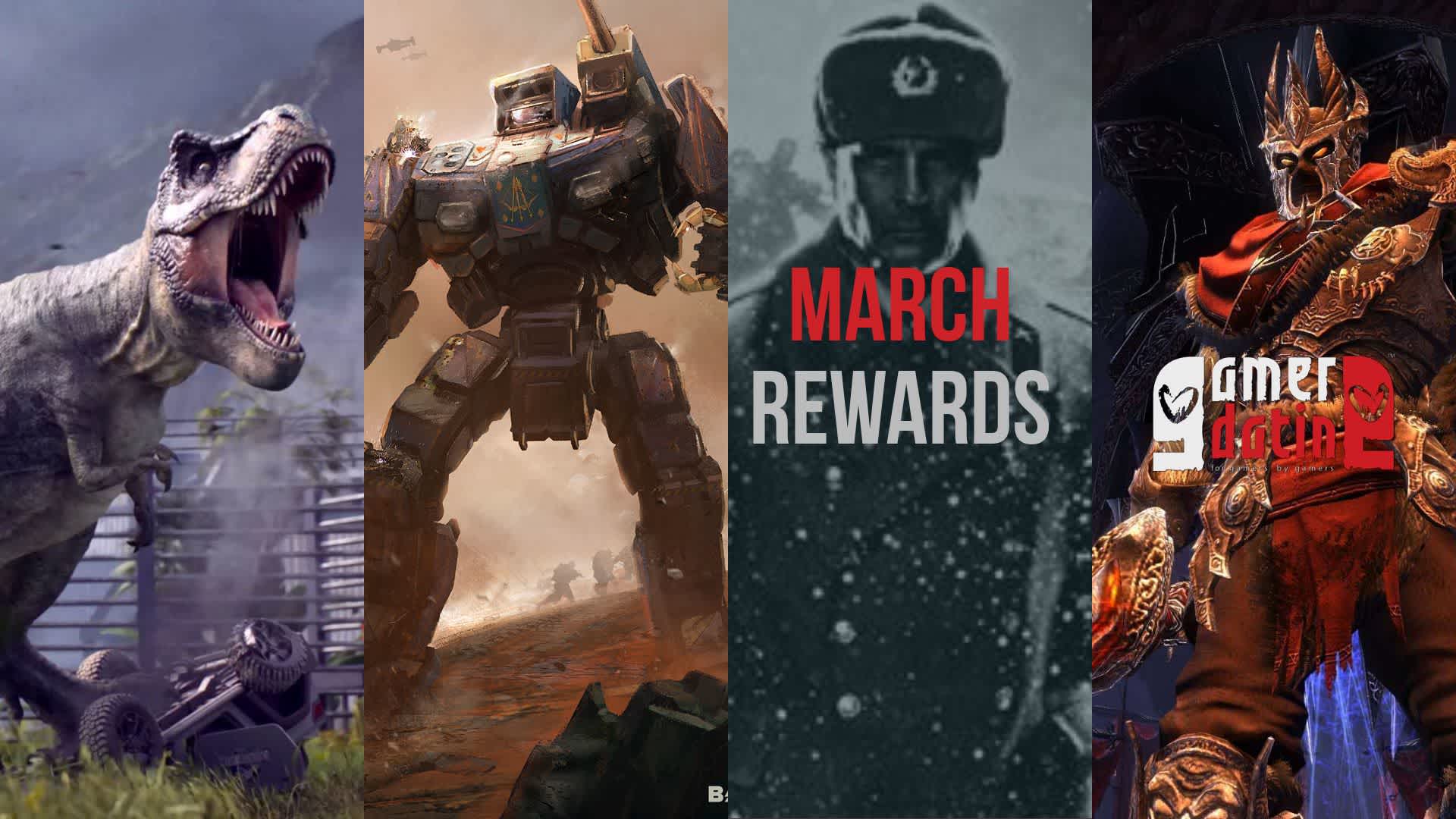 BattleTech, Jurassic World Evolution, War for the Overworld and Company of Heroes 2  to name just a few.

It's that time again gamers! Each week we add new games that are available with your subscription. With every first subscription you get to select a game, gift card or games to bundle with your premium access.

This month we've added even more games, restocked some popular choices and added a collection of new games across both Silver and Gold (restocking yet more Vampyr from last weeks updates!)

We offer 2 or 4-month subscriptions which allow you to read messages and send messages to any user, and allows all free users to read and respond to your premium messages. At the same time we throw in a game to say thanks and allow you to play some releases past and present while finding your Player 2 <3

Take command of your own mercenary outfit of 'Mechs and the MechWarriors that pilot them, struggling to stay afloat as you find yourself drawn into a brutal interstellar civil war. BattleTech is one of those old famous IP's come back to offer some brilliant tactical turn based play. Following patch 1.5 that hit yesterday, BattleTech pacing has improved as huge Mechs smash into one another.

Jurassic World Evolution allows you to place yourself at the heart of the Jurassic franchise and build your own Jurassic World. Bioengineer dinosaurs that think, feel and react intelligently to the world around them and face threats posed by espionage, breakouts and devastating tropical storms in an uncertain world where life always finds a way. Fantastic singleplayer game that takes you to the heart of Jurassic Park.

Experience the ultimate WWII RTS platform with COH2 and its standalone expansions. We are offering the Platinum edition which includes:

Boom, what a deal. The main issue with COH2 was the staggered DLC, so grab this and simply get playing.

Overlord II, sequel to the critically acclaimed cult hit, sees the return of the chaotic Minions and their new Dark Master. Bigger, badder and more beautifully destructive, Overlord 2 has a Glorious Empire to smash, a massive Netherworld to revive, Minion mounts to mobilize, a trio of mistresses to woo, War!

We love this as a little game to play between the bigger games, a stress releaser as you enslave the human populace and destroy the world. WAAAR!

Check out our entire list of new games added and available this month (New ones are in BOLD): :