Our March rewards for you! 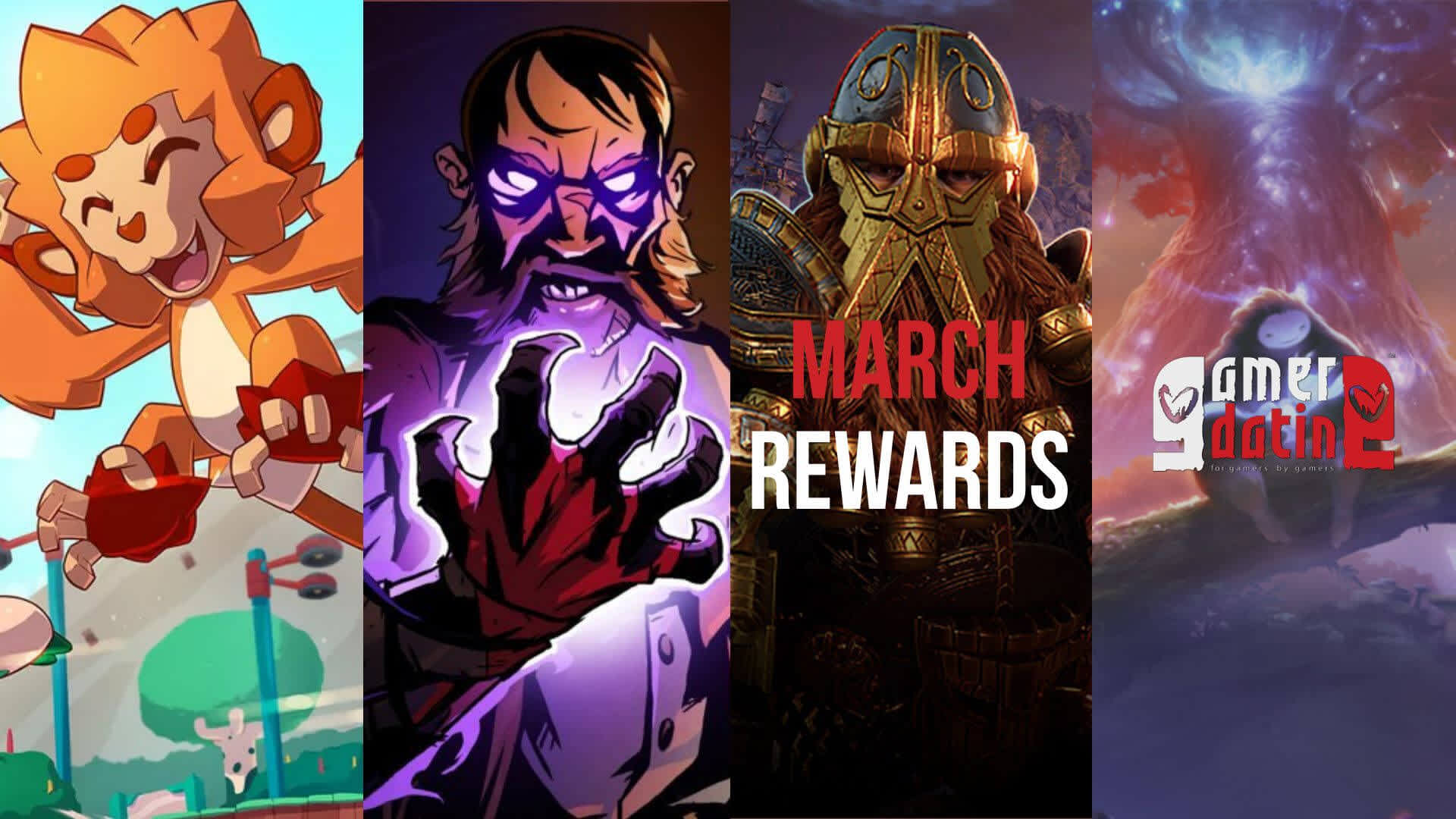 Temtem, Warhammer: Vermintide 2, Curse of the Dead Gods (early access), and due to popular demand we now have Ori and the Blind Forest: Definitive Edition

It's that time again! Each week we add more new games that are available with your subscription. With every first subscription you get to select a game, gift cards or games to bundle with your premium access. This month we've added even more games, restocked nearly all our previous choices and the most popular!

We offer 2 or 4-month subscriptions which allow you to read messages and send messages to any user, and allows those free users to read and respond to your premium messages. At the same time we throw in a game to say thanks and allow you to play some releases past and present while finding your player 2 <3

This month we are bundling last months and this months games into one huge game extravaganza!

Temtem is a massively multiplayer creature-collection adventure. Seek adventure in the lovely Airborne Archipelago alongside your Temtem squad. Catch every Temtem, battle other tamers, customize your house, join a friend's adventure or explore the dynamic online world.

Some have compared Temtem to Pokemon, hailing it as the Pokemon MMO, but Temtem has it's own appealing design, art and uses a unique battle system.

Temtem is in early access and over the last year we've had a few staff writers here who have been playing it non stop, from early testing to current release. It is clear the devs have passion and continue to release updates. We are eager to see what comes next.

We are offering Temtem as a gold option.

Warhammer: Vermintide 2 is about to release The Curse of Drachenfels on March 24th, so its a perfect time to grab the game and jump into fighitng back chaos, skaven and the dead.

We are eager to see what comes next and if we will ever see a return to the epic Left 4 Dead Versus mode reborn in this Co-op horde survival..

Curse of the Dead Gods

Curse of the Dead Gods released last week as an early access title.

A singleplayer work of art, Curse of the Dead Gods is a top down, dungeon, looter shooter roguelike.

Monster Hunter: World has you take on the role of a hunter and slay ferocious monsters in a living, breathing ecosystem where you can use the landscape and its diverse inhabitants to get the upper hand. Hunt alone or in co-op with up to three other players, and use materials collected from fallen foes to craft new gear and take on even bigger, badder beasts!

We've seen this game pick up DLC, packs, collaboration's with all sorts of various games, FF7, The Witcher, Devil My Cry, and so on. A monster hunter that defined all monster hunters!

Today they announced that 6 million units have been shipped for Monster Hunter World: Iceborne

You can get this in our Gold Package, and we recommend you get them before they are out!

Ori and the Blind Forest tells the tale of a young orphan destined for heroics, through a visually stunning action-platformer crafted by Moon Studios for PC.

A beautiful single player game, that features hand-painted artwork, meticulously animated character performance, and a fully orchestrated score, “Ori and the Blind Forest” explores a deeply emotional story about love and sacrifice, and the hope that exists in us all.

Last month we offered this and it was snatched up in a matter of hours. We are now offering the definitive edition which is a release of the original. It also adds two new zones to play in, and new skills and abilities.

We have great new updates coming to GamerDating in 2020, with a new message system amongst our number one priority. Stay tuned for an future update of what is coming in 2020.