Our October rewards for you and Prize Winners! 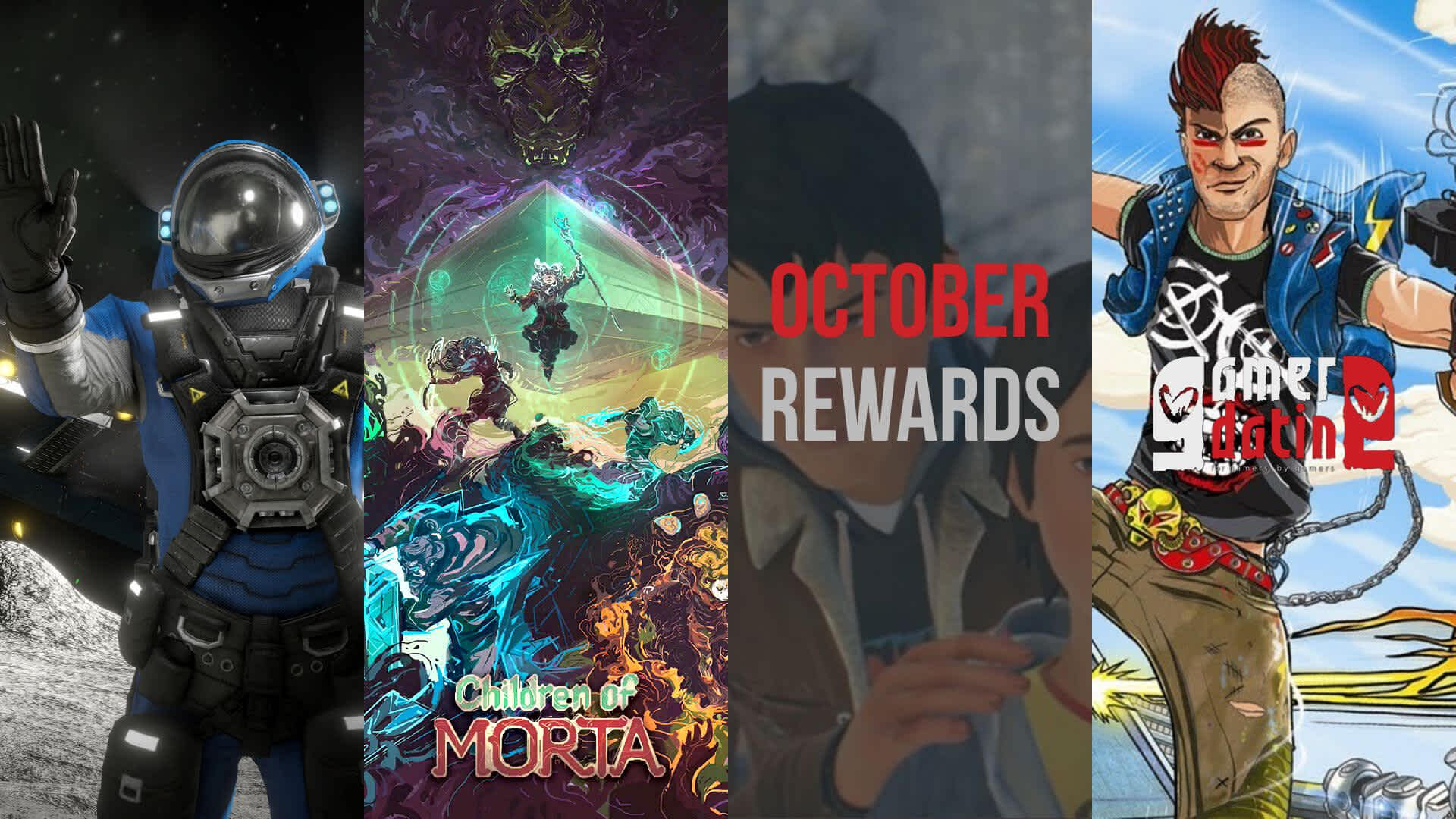 It's October, so its time for a new wave of Subscriber Rewards - We have Space Engineers, Life is Strange 2, Phoenix Point, Children of Morta and More.

It's that time again! Each week we add more new games that are available with your subscription, and each month we update the selection. With every first subscription, you get to select a game, gift cards or games to bundle with your premium access. This month we've added even more games, restocked nearly all our previous choices and the most popular!

As well this month we are announcing our prize winners.

We offer 2 or 4-month subscriptions which allow you to read messages and send messages to any user, and allows those free users to read and respond to your premium messages. At the same time we throw in a game to say thanks and allow you to play some releases past and present while finding your player 2 <3

Space Engineers is an open world sandbox game defined by creativity and exploration.

Space Engineers is a sandbox game about engineering, construction, exploration and survival in space and on planets. Players build space ships, wheeled vehicles, space stations, planetary outposts of various sizes and uses (civil and military), pilot ships and travel through space to explore planets and gather resources to survive. Featuring both creative and survival modes, there is no limit to what can be built, utilized and explored.

Released last year after a few years of alpha. Space Engineers still gets updates and you can check out the latest trailer below:

You can get this in our Gold Package.

Life is Strange 2 Complete Season is an interesting drama game based on two brothers Sean and Daniel.

After a tragic incident, brothers Sean and Daniel Diaz run away from home. Fearing the police, and dealing with Daniel's newly manifested telekinetic power – the power to move objects with your mind – the boys decide to travel to their father's hometown of Puerto Lobos in Mexico for safety. This is an award winning story based game and a fantastic treat if you've not played the type. This bundle gives the entire season.

You can grab this with a gold package.

Children of Morta is a story-driven action RPG game about an extraordinary family of heroes. Lead the Bergsons, with all their flaws and virtues, against the forthcoming Corruption. Will you be able to sacrifice everything to save the ones you care for?

Children of Morta has been getting regular updates and recently saw its latest update #4 which adds new items.

This game is still in developmnent and offers local coop and hopes to bring online coop soon. While it is available on console this game we are giving is for PC only via Steam.

Sunset Overdrive ransforms an open-world apocalypse into your tactical playground. Zip, grind and wall-run across Sunset City with an unconventional arsenal. Hyper-agility, unique weapons, and customizable abilities deliver an explosive and irreverent adventure.

In Sunset Overdrive, the year is 2027 and Sunset City is under siege. A contaminated energy drink has transformed most of the population into toxic mutants. For many it's the end of the world, but for you it’s a dream come true. Your old boss? Dead. Your boring job? Gone.

Rogues Like Us is a hack n' slash rogue-lite unlike any other! Stand against a resurging threat by yourself or with a friend in local co-op. Collect weapons, armor, enchantments, and more by exploring dangerous locales and defeating powerful bosses!

Fight your way through an endless number of unique dungeons! Dungeons are created through a combination of hand-crafted design and procedural generation, providing a unique experience on each play-through. It does come in coop, but locally as a split screen (and also offers pvp!)

Friends, Gamers, Daters - We have winners.

With the launch of GamerDating, we burst onto the scene with thousands of users signing up and even straining our servers. In response, we upgraded our servers, reticulated more splines and decided to give a huge give away worth $50,000.

Gamers deserve happiness, the quest for love is always the longest, but the sweetest victory of all and we wanted to extend our hand and offer something for you to do together.

Our prizes offered a chance to win the RTX 2080 Ti OR the Xbox 1S and $200 worth of games for the selected platform. As well as offering premium subscription and runner up prizes of bundles of games or vouchers. 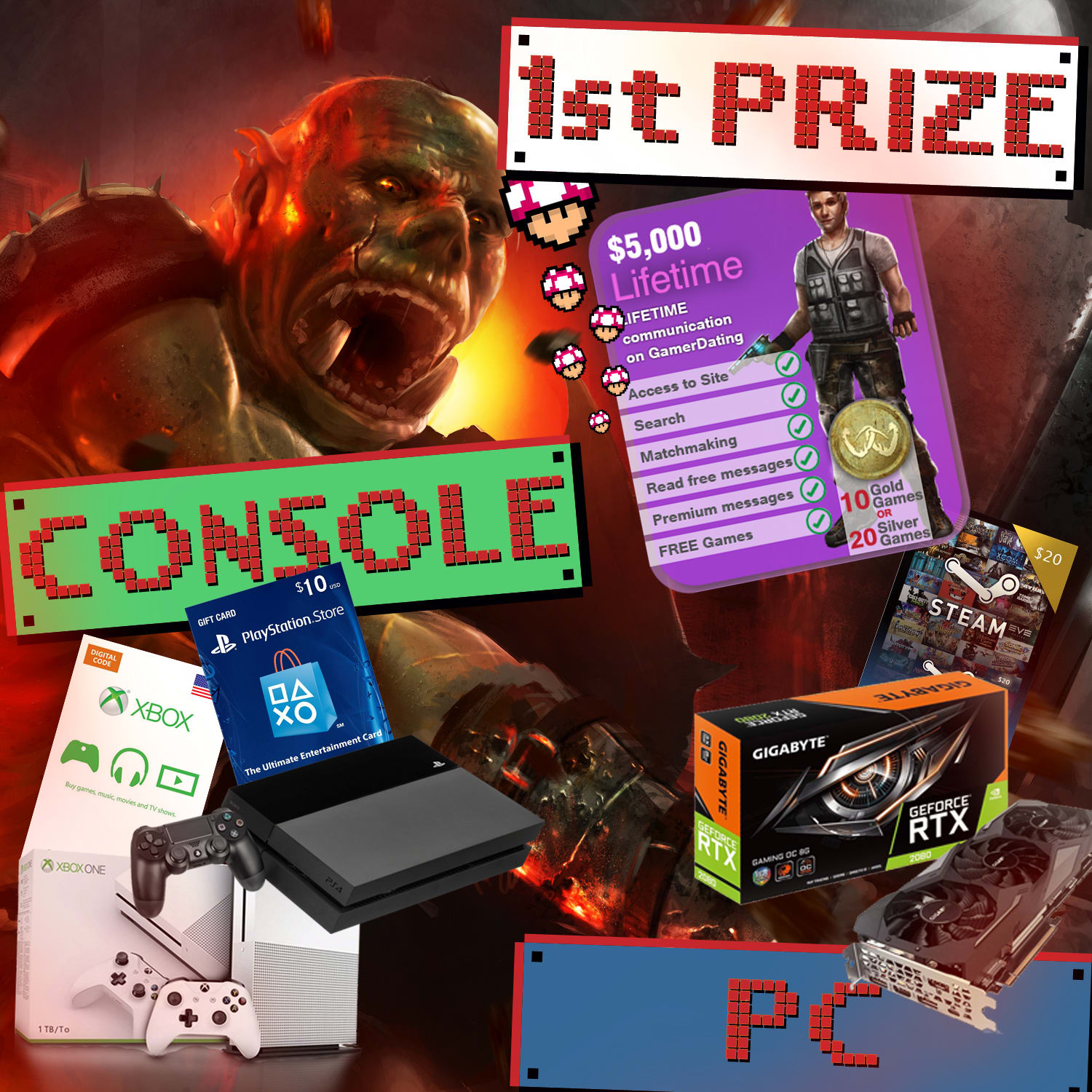 Now, months after running, and thousands of entries from all over the world we have our final winners to announce:

In addition, we wanted to award prizes to those who managed to gain an impressive rating. Our way to say thank you to those who care and want to see our Gaming community a better place.

So thank you to:

Both users get 1 month of free premium subscription to GamerDating.

Stay tuned for future competitions or promotions and of course our huge new update which will upgrade our platform across the board.