The dedication to games is sometimes admirable, especially when it comes to Crusader Kings II.

While the average playtime of Crusader Kings II is 99 hours, with around 10,700 players scheming each month, someone has clocked an impressive 10,500 hours. The highest number of players in a month was 104,000.

Over 1.1 million units have sold since early 2012, with more than 2.5 million expansions bought. Check out the infographic: 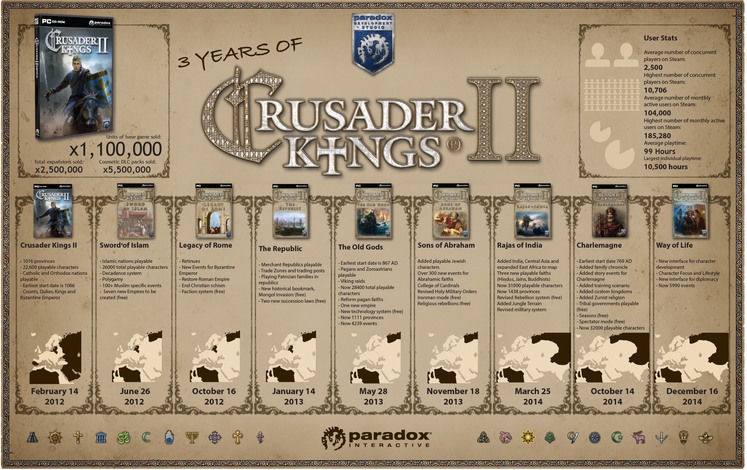 "We continue to be overwhelmed by the popularity of Crusader Kings II,” says lead designer Henrik Fahraeus. “For many thousands of people, this is their first Paradox game, and people continue to tell us about the rise and fall of their dynasties and empires."

It’s an impressive commitment and driving passion for fans behind CK2.