Pre-Orders for The Witness are Now Open 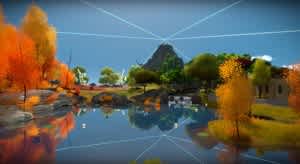 We only have another week to wait for Jonathan Blow’s follow-up to Braid, a massive puzzle game called The Witness for PS4 and PC. Preorders went live today on Steam for $40 and the Humble Store with one of the best pre-order bonuses we have seen yet; Pre-orderers will have the pleasure of getting “the warm and fuzzy feeling” you get when you buy a game early. Blow adds, “it’s exactly the same as buying the game at launch, except earlier.”

Though some have been vocal about their disappointment in the price tag, many others are quick to point out that there are up to 100 hours to be played for the “completionist who wants to wring every last drop out of the game.”

The Witness took over seven years for Blow to develop. On a mysterious island, players solve a series of puzzles to uncover why the island is abandoned. We know from playing Braid that this game will be well worth the money and loss of sleep.