Settlers in Space! The Colonists - Review 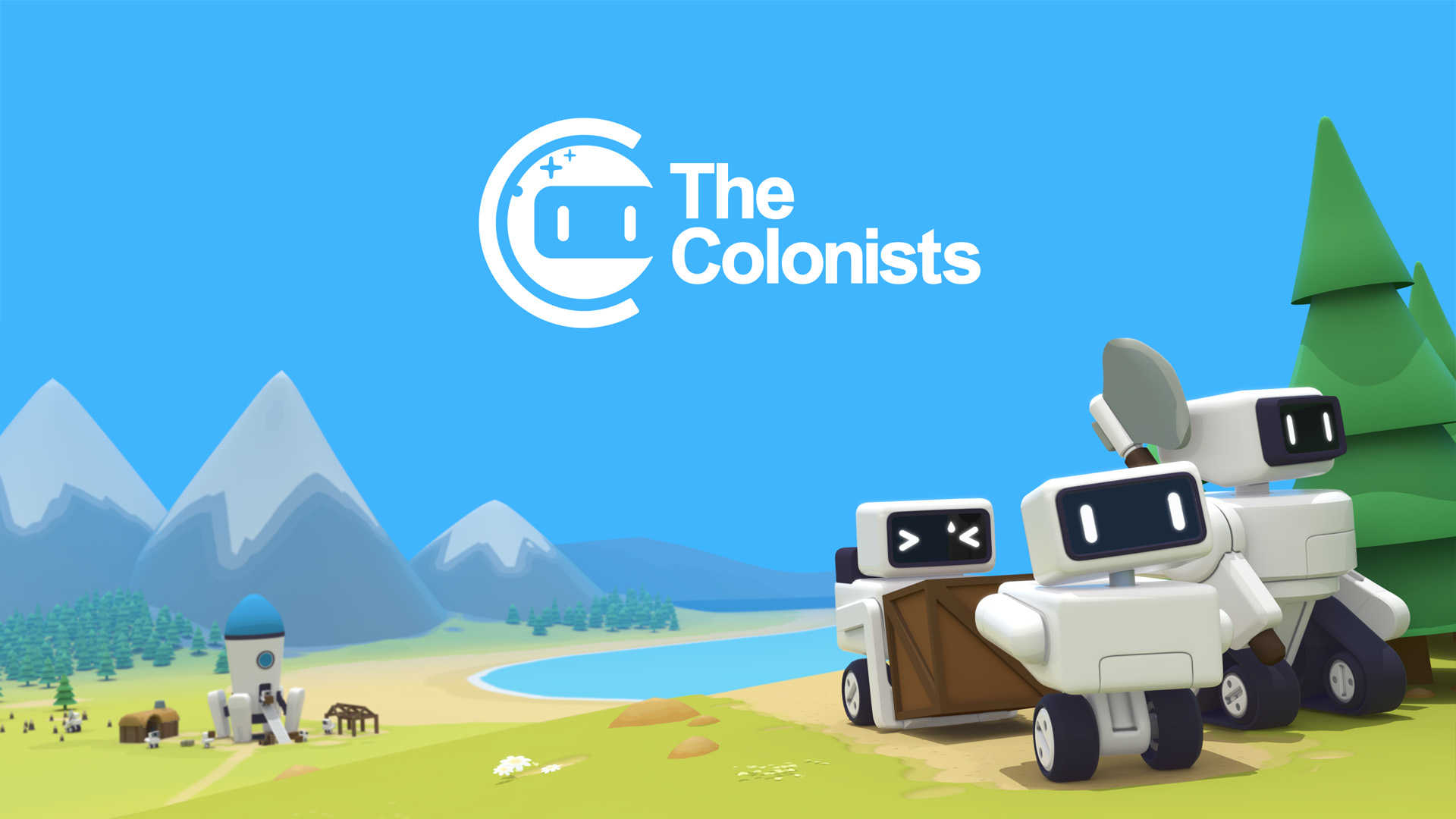 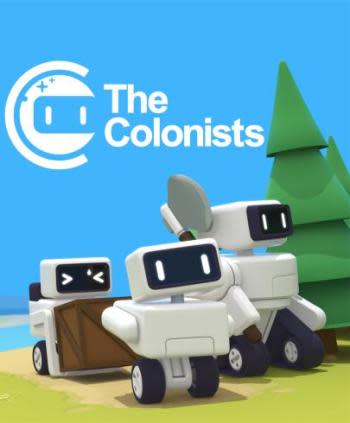 Excuse the title, but as an old fan of The Settlers series, right back to The Settlers 2, I was excited for the opportunity to review The Colonists.

As the name suggests, the game focuses around a group of colonists and building up their settlement from scratch, but with a twist; The "Colonists" themselves are all tiny robots with their own names, unique functions and adorable little computer screen faces, created to simulate human needs and behaviours, however they grow tired of their human creators and blast off into space to make a life for themselves on a distant planet. That's where you come in (as usual - ed) as their omnipresent guiding hand.

Curses They built a watchtower along an undefended border capturing my mothership. Game over

When you start the game the colony ship lands on the planet with the door opening to reveal a curious bot looking outside. They will then perform a short dance of joy (AI are a funny lot... - ed), the steps of the ship descend and you're ready to go. The game eases you in with a step by step tutorial in order to get the most basic functions of your colony up and running. You start by building a lumberjack hut, followed by a residence, a well and some form of food production from which the industrious little bots will create batteries to power themselves. The batteries are apparently created from combining food and water.

It soon becomes apparent that the bots want more from life than simple sustenance and you press on to your next location for colonisation with the bots deciding to build a monument to celebrate. The responsibility of gathering the natural resources to build such a monument of course falls to you. The bots will need iron. But first they will need stone, they will need workshops to research the technology required for the construction of the monument and a number of other basics that would normally be an essential to human civilization.

A watchtower opens fire on the enemy with freshly manufactured arrows

The interface is simple to use. In some case perhaps even a little too simple (I've taken myself back to the main menu several times by accidentally clicking the 'main menu' as there is no 'are you sure?' message). The icons and menus are all relatively clearly marked, though there has been a little head scratching in some cases as to what exactly each menu symbol is, and I have simply memorised them due to the requirement to keep going back and checking things, such as production and colony requirements as well as help and advice. For a beginner, the game does offer an abundance of advice early on, telling you exactly what you should be doing with your colony to meet the mission objectives. The game seems to utilise several graphs and percentages to keep the player updated as to the overall productivity and requirements of the colony. Personally I have never been very good at reading graphs so these are of little help to me, though I can fully appreciate their utility.

The game is aesthetically pleasing in a clean, smooth way, and the screen at no point feels crowded even when the colony starts increasing in size. Nor does it feel sparse, and overly simplified The graphics are smooth and should be easily accommodated even by  ageing or lower end PCs. The soundtrack as well as the graphical style I find to be very reminiscent of something you might play on a Nintendo Wii. The music certainly bears a resemblance to the Wii menu screen in the tones you can hear. Overall, this gives the game a relaxing feel. If you've been hammering away at a fast paced action shooter recently, and you want to kick back with something far more chilled, then I don't think games come much more chilled than The Colonists. On the other hand, I couldn't help notice that there are inventory slots in your colony ship's(warehouse) hold for arrows and cannon balls. And I get the feeling there's a good reason that the guard towers you use to expand your borders (A la early settlers titles) have hit points. I pressed on to find out what could possibly want to threaten these adorable little robots simply looking for a peaceful new life.

In the third mission, I was told 'There are familiar faces around and we should expand quickly'. The mission brief had stated there would be some combat. Moving to build my colony quickly and get things flowing as fast as possible I quickly built watchtowers to expand my territorial borders. It wasn't long before I discovered another colony to the north of fairly identical robots with the exception they had red trimmings as opposed to the blue trimmings of my own colonists. I was a little disappointed. I had hoped for perhaps indigenous creatures or possibly humans looking to reclaim their 'property' to fight.

Turns out we re not alone on this planet. The expansion of territory from a friendly watchtower forces the enemy s borders back destroying buildings on the way

I had noticed in the previous mission in the research panel that it was possible to upgrade your watchtowers to shoot arrows, or cannon balls. This can take a while in game and as such neither your won or your enemy's watch towers can take any form of offensive action. Early game combat becomes a game of territorial push and shove. Since you can only build watchtowers at the edge of your territory, the trick seems to be to build as many watch towers close to the edge of your territory closest to the enemy as possible, filling any gaps in the sides and surrounding them. If they have no watch tower close to their border at the point you build your own, then the expansion of your territory caused by your  watch tower will destroy any enemy buildings in the vicinity. This can lead to a... faintly interesting game of push and shove and resource denial but the interest stops there. After you and your enemy have built so many watchtowers that you cannot push each other's borders back any further, it then seems to be an arms race to see who can get their towers to a level where they can fire arrows or cannon balls at each other.

There is a depth and nuance to this style of combat I can tell, and it matches the relatively sedate feel of the game itself yet there is an underlying urgency. Not the same sort of urgency one might feel playing say Total War: Warhammer where you might be rushing an army to intercept an enemy force about to sack one of your towns. This boils down to positioning your watchtowers and running your economy more efficiently than your opponent, it's a simple as that and it does work. It's not a particularly exciting combat system, but  I don't think that was the intention, and a faster, more adrenaline fuelled style of combat would seem incongruous in this otherwise chilled, pleasing game.

The happy bots celebrate their success on Terra Firma with a monument. To themselves of course

If, like me you're old enough to remember the early entries in The Settlers series then you will instantly notice in The Colonists the striking similarities to The Settlers. Notably The Settlers 2. The mothership acting as a headquarters that is the beating heart of the settlement, the system of connecting buildings via roads, which are then used by workers to carry goods and produce around the colony, the system of using military buildings to expand territory whilst denying it to opponents and most of all the relaxed, comfy atmosphere the game exudes.  I wouldn't insult the developers by saying that The Colonists is The Settlers 2 reskinned, but I will say that they have taken the core mechanics of what many may consider to be an obsolete system of real time strategy and given it a thorough dusting off with ample application of spit and polish and brought it forward into a game that can quite comfortably considered a 2018 game. If you loved The Settlers 2 then you will love The Colonists. In a gaming world of high octane shoot 'em ups, gore splattered medieval battlefields, and highly competitive multiplayer games, The Colonists is a breath of warm, fuzzy life into modern strategy gaming.