Star Citizen Alpha 2.4 is now live which introduces the persistent universe, among other things.

Star Citizen is from the mind of Chris Roberts, creator of Wing Commander and Freelancer, but the most interesting thing, the game has been 100% crowd funded to the amount of $116,763,216 at the time of this article.

The development has been taking some time, and people started to claim it was vapour-ware and a scam. Others compared the game to Elite: Dangerous and pointed out they had a game, and Star Citizen didn't. Still, starting development in 2011, we've now seen a variety of modules that are treated as stand alone games such as the Arena Commander which offers a variety of space craft combat, racing and flying with purchased ships and the Open World Persistent Universe missions with FPS available within.

Star Citizen is a huge mammoth to cover quickly, so if you are interested in more to what it offers check out the current feature list. 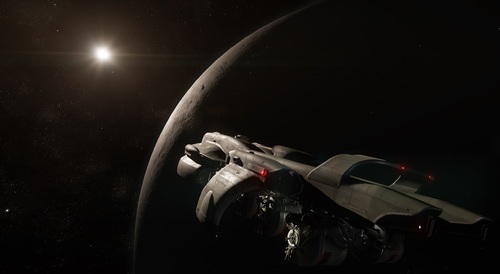 Alpha 2.4 has introduced the persistance universe, meaning the actions you do will carry over between sesssions. This may introduce roles and a bit of care and law to the universe. As persistance includes things like purchased items in shops, Alpha UEC balance, and hostility level.

With the persistence introduction the shop, items and ships have had an injection of new things and the missions have been tweaked with missions awarded to those lawful citizens. New ships like the Stafarers are finally available and the control layout of the game has had an overhaul.

Personally I'll be popping on with my group of friends. We play a medical corp who hope to have search and rescue fleet, complete with indepth immersion and roleplay. We aim to be a hired medics. The beauty of the vision which is Star Citizen, is that you can play anything: police, pirate, hauler, marine, business, scout, space station manager, etc. What would you be?

Full a full list of features check out the announcement

Also if you are a hardcore SC fan, check out the 2.4 Change log

Are you a space sim fan?