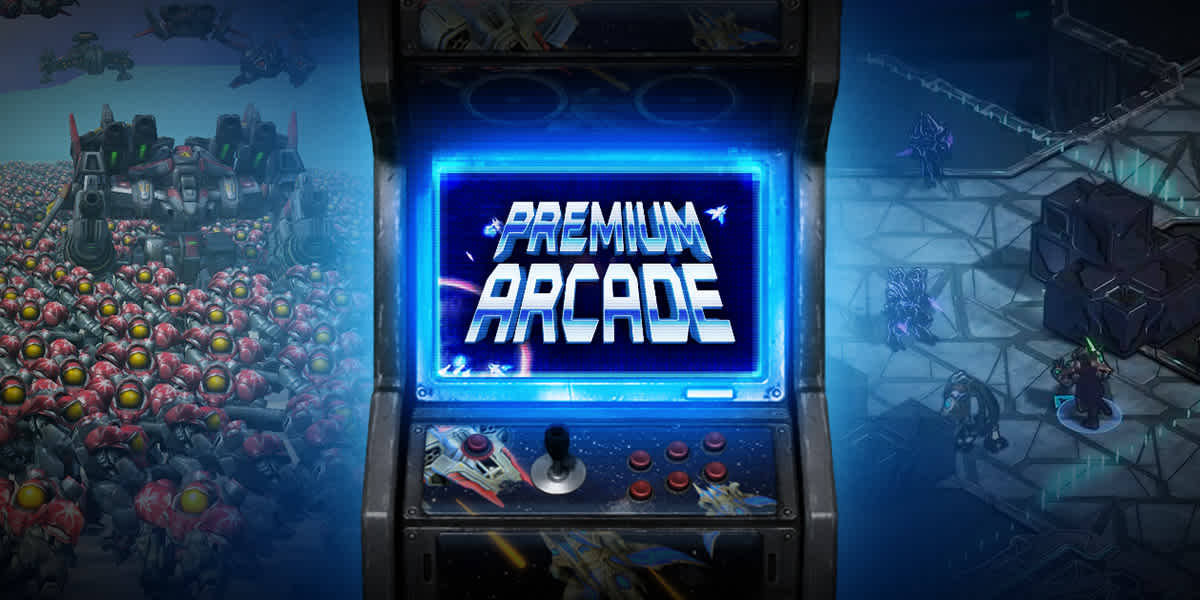 With the launch of StarCraft II patch 4.3.0, Blizzard are introducing a new paid premium service. Branded as Premium Arcade these maps are converted from the most popular arcade maps to paid for DLC maps. Share of the sales will go directly to the developers who made them and in exchange we get enhanced versions.

From longtime community creator “Tya” comes Direct Strike, the next evolution of Desert Strike HotS, one of StarCraft II’s most popular Arcade maps ever. Direct Strike will remain free, but players can also upgrade to an optional premium version that enhances the experience with cosmetics and new modes that anyone can enjoy—whether they’re free or premium players.

For those unfamiliar with the original, Direct Strike pits players against each other in a tactical “tug of war.” Build units to spawn into your staging area, and send them out in waves to assault the enemy base.

Direct Strike will replace Desert Strike HotS in the Arcade, but everything you know and love will still be available in the free version—on top of additional commander modes. Upgrade to the premium version to play four all-new game modes, including Sabotage, which conceals players’ staging areas and allows for unit bans, and Switch mode, where players can change their race mid-game. You’ll also get access to cosmetics to customize your staging area and add some flair to your workers. And if you host a lobby with your favorite premium game mode, anyone playing the free standard edition of Direct Strike can join in on the fun.

The premium upgrade to Direct Strike will be available soon for $4.99, and a share of the sales will go to its creator, Tya.

If you’ve spent any time in the Arcade community, you might be familiar with map-maker Daniel “Pirate” Altman, winner of 2015’s Rock the Cabinet contest. Now, Pirate has created a ARK Star, a new tactical, turn-based RPG featuring the protoss.

This interstellar adventure follows the Sol Seekers, an elite team of templar on a mission to find and destroy a mysterious weapon known as the ARK Star. Discover and craft new equipment to strengthen your squad, level up and unlock new talents and abilities to customize your play style, and bring the wrath of the templar onto your foes!

The full ARK Star experience will be available soon for $4.99, and a share of the sales will go to its creator, Pirate.

What do you think about these "Premium" DLCs?