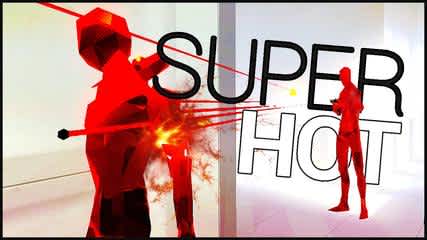 For all of you lovers of FPS, some great news today. Superhot, the IGF finalist shooter where “Time moves when you move,” will be released on Windows, Mac and Linux on February 25. There will also be an Xbox One version to follow “just a few weeks later.”

It isn’t often that we see real innovation in the FPS genre. Let’s face it, there is only so much a dev can do with the format. Characters, setting and weapons are usually the only things that set each franchise apart. Maybe some physics. Superhot throws some major curves at the players; in addition to the time warping, the familiar mechanic of finding ammo around the course and ability to regenerate health are absent, making the game sound like a first person puzzler with a gun than what we define as FPS.

In an interview with Gamasutra, director Piotr Iwanicki explained how Superhot isn't a puzzle game:

Superhot is a very primal gameplay experience. Puzzles are not primal, puzzles are answered with a solution. You can feel smart when you solve the puzzle. You can appreciate a well crafted one. When you face a puzzle you stop and you think. Then you start playing around with its’ elements and then hopefully you have an “a-ha moment”, after which you perform the solution.

In Superhot you stop to adjust your instincts, not to think. The situations you are in are always a bit procedural and unpredictable and this constant tension between “planning” and improvisation is the essence of the game.

If you are unfamiliar with Superhot, check out their release trailer that was uploaded to YouTube today. We are definitely looking forward to giving this one a try.