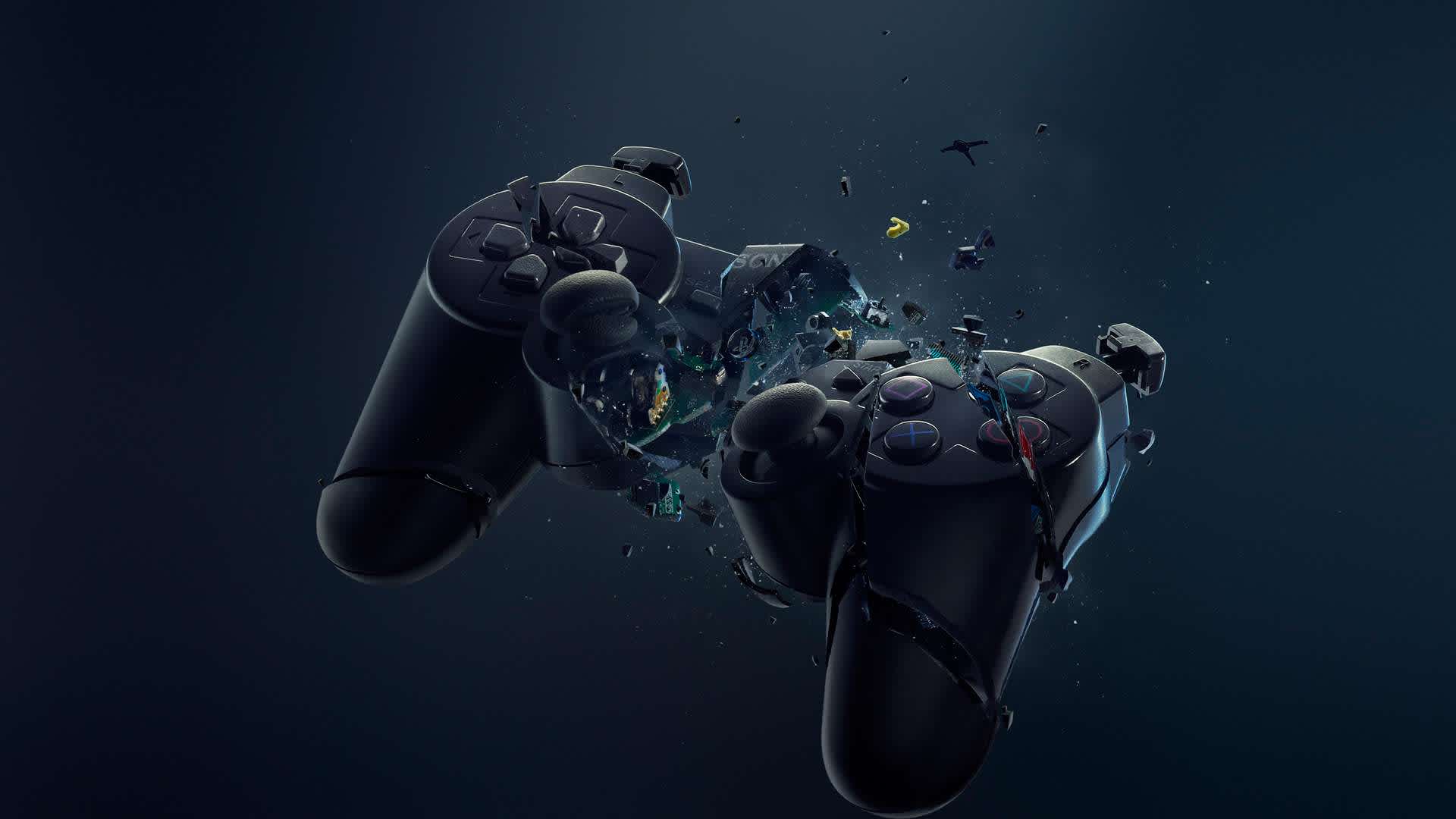 If you’re part of the gaming community, you’ll probably be familiar with the idea of ‘being salty’. For those who are unsure of the term, it is a way to describe someone who is upset or angry about something. In the case of video games, someone might be salty that they lost a match of CS:GO or died to a boss in Dark Souls. Getting angry at a video game and being salty can be a common occurrence in many video games and, just like the mineral the phrase is named after, too much salt is certainly not good, especially in a relationship. 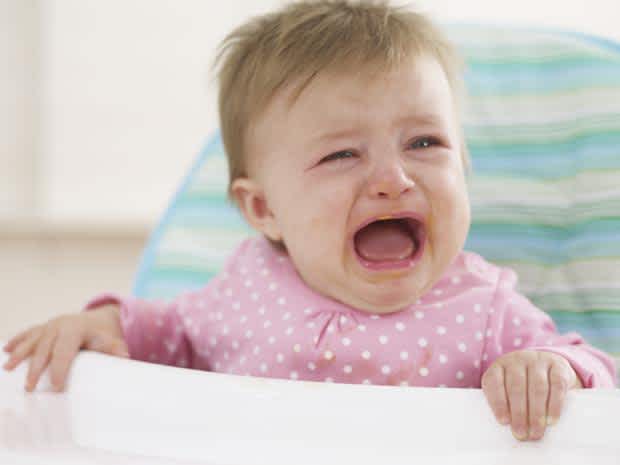 Over the few years I’ve been with my Player 2, we’ve run into a few incidents where one of us will start getting salty at a video game, either by yelling or cursing at a game or being so mad we stop playing the game for days or even weeks at a time. Those few times we got angry we would be talking over the internet or sat next to each other, the latter being a lot more intense. Sometimes only one of us would be salty, other times we would both be salty, but either way it left us both feeling exhausted, guilty and regretting the anger immediately regardless of game genre.

I noticed that the games most likely to trigger annoyance and anger were versus games, such as fighters, and competitive games where we could be on the same team. The fighter games would pitch us against each other – we’re both rather competitive people, so playing a game like this would cause us both to be salty and would result in controllers being thrown down and not touched for months. The competitive games were also a problem sometimes. We would get salty and blame each other for something not going the right way. Fortunately, none of these tiffs would lead to anything major, but I always had a fear that it could.

This is where problems can come in, when the lines between the video game and reality blur and the arguments leave the game and end up resulting in real arguments between partners. You die in a video game, get angry about it and blame your partner. They, in turn, start yelling at you for blaming them and the argument spirals out of control. The game is no longer part of the argument but you still shout at each other. I had that worry go through my mind a few times: I hated the idea that one death in a video game could result in an argument that could dent the relationship.

For a while, I found it hard to supress some of the things I said about a game or how my Player 2 acted in a certain situation, which could have hurt his feelings. After a long time of playing video games with him, I realised the best way to avoid arguments is to get to the source and not get too salty in the first place. Of course it’s fine to express your feelings about something that displeases you in a game – it shows your passion for a game and how much it can mean to you to win. But, when it goes too far, it can make you and your partner feel terrible in the short and/or long term. 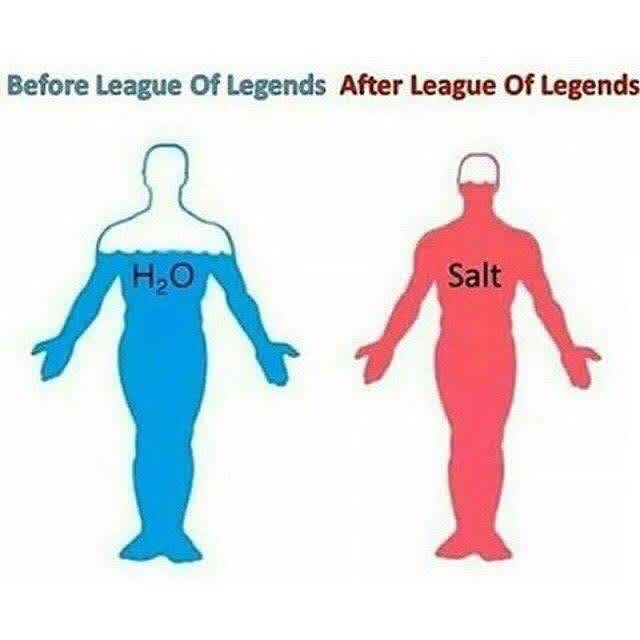 So, how do you avoid getting too salty? I compiled a few questions to think about before saying anything bad towards your partner purposely or inadvertently and things you should remember when playing a video game to avoid you getting stressed and angry. These are just techniques I apply to myself and I hope they can also help you in reducing salt levels which, in turn, will reduce the risk of having arguments with your Player 2.

Remember: it’s just a game. Yes, I know this one is really obvious to remember and may come across as patronising but I find remembering this helpful when playing any game. I often get very immersed in a game world and I sometimes forget that what I am playing is just a game and I’m not losing territory or a war in real life. Because of this, I can get very agitated if people don’t take something seriously in the game. Reminding myself periodically that what I was doing was playing a game with my friends was enough for me to calm down and not raise my voice or say anything negative. I would face any death or bad situation with the phrase “Oh well, it’s just a game”, which has reduced my chances of getting salty. If you have problems with salt, just remembering what you’re doing, which is playing a PC or console game with a partner and/or friends.

Ask yourself: “How would my partner feel?” and “Would I say this to their face?” I’ve thought about this many times. Seeing your Player 2 make a mistake in the game may cause frustration. I found that my partner and I would sometimes say some hurtful terms to each other without thinking as a result of such frustration. For us, it never escalated further, but I always wonder what would be said if it did. As a result, I started to think about things and how they would affect my Player 2 before I said them. These questions require thinking before you speak and imagining you’re saying what you want to say directly to your partner’s face. I believe people are more likely to say harsh things to peers when not face-to-face, leading to arguments amongst friends or partners. Thinking about how my Player 2 would feel if I said anything spiteful towards him, by putting myself in his shoes, made me stop to consider what I should say instead. I also pictured how he would react if I said it to his face, which helped me empathise with him. He does the same and we manage to have a better gaming experience that way. So, instead of him yelling at me asking why the hell I didn’t kill a certain enemy, he’d ask me if I was alright and if I needed any help within the game.

Think about the other side of the screen. This is related more to multiplayer games with players who you don’t know. I’ve sometimes found that me and my companion get frustrated at actions that an enemy player does, like killing us three times in a row in a MOBA and making it look effortless. This leads to both of us getting salty and pointing the blame at the enemy team and our own team. All of this frustration would usually end up with us losing the game and rage quitting. The way I found to get around this was to imagine the human behind the screen who is playing that enemy character and think about how they felt they were doing really well in this game. Imagine yourself in the same situation, where you got three kills on someone and felt proud of yourself. That is how that person is feeling on the other side of the screen.

Once again, this is about empathy. I find being empathetic with those online players can reduce my saltiness and stop me yelling at my team. I’d look at the enemy team doing well and, instead of focusing on the negatives, think that they were playing really well and probably have a lot more experience with the characters. Combined with thinking “it’s just a game”, I look at the game with a more positive light and find I get less salty. This technique allows you to keep a more level head instead of tilting and throwing the game because of anger.

By combining a few of these ideas in any game type, you will see a reduction in anger and perhaps less stress between you and your Player 2. You will feel less agitated with a game and get a more positive experience out of a gaming session instead of frustration and no satisfaction. Furthermore, your gaming peers and your Player 2 will also leave games feeling more positive. Finding what works for you is the best way to reduce saltiness, whether it’s having a stress ball next to your keyboard or taking breaks. If it works for you, that’s what’s important.

Working out how to get around arguments and how to reduce them is an important part of any relationship and, with the added aspect of competitiveness associated with games, it can be hard to lower anger and stress whilst playing together. But, by communicating with each other and finding methods that work for both of you, you can keep the bond between you strong and still enjoy your shared hobby without fear of arguments. Remember, salt is bad for you, in both the mineral and gaming definition of the word, and reducing the amount you consume will always be beneficial to you and to those around you.