World of Warcraft: Classic - All you need to know 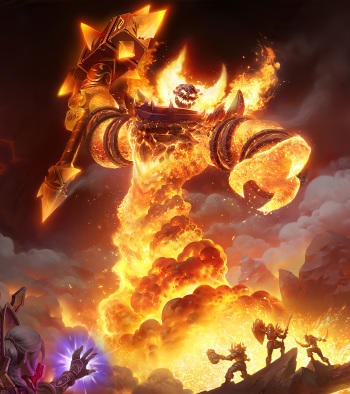 It's coming. It's around the corner.

For over a decade, players have been asking Blizzard to release a version of World of Warcraft just as the original release. In particular pre-Cataclysm (the expansion changed the physical world). Many players joined private servers (unauthorised and illegal versions privately run) and that soon created a movement.

In particular Nostralius was a private server, created in early 2015 and ran for just over a year before Blizzard sent a cease and desist letter, shutting it down.

The community was in uproar and pushed and pushed for private servers. Petitions were opened, original developers, and content creators flooded the scene and Blizzard took note.

They thought we didn't want classic, but they were wrong.

World of Warcraft: Classic was announced nearly a year ago, the trailer with Chromie hyping the world in excitement.

World of Warcraft Classic is just around the corner, officially launching globally August 27tth, see details below for exact time when you can login:

While the beta testing and the three stress tests are done (the last one finishing on the day of this article). We will see an early access to the game to create your character.

If you’re eager to claim your character name in WoW Classic character creation will open early on Tuesday, August 13.

Players with an active subscription or game time on their account will be able to create up to three characters per World of Warcraft account.

Before creating a character, you’ll choose the realm where you want to play that character. Realms in the Americas will be:

Before creating a character, you’ll choose the realm where you want to play that character. Realms in Europe will be:

Relative realm population will be visible in-game to help in choosing a realm so you will see Low, Medium, or High in the realm selection screen. If there are high numbers of players congregating on individual realms during name reservation and character creation, we will post warnings about the potential for queues on those realms, giving you time to choose alternate realms.

All players with active World of Warcraft subscriptions or game time on their accounts have access to WoW Classic at no additional cost.

You will need a PC/Mac and the Battle.net desktop client.

If you are brand new to Classic WoW, do not miss this unique experience. You can read even more over at the new player primer here.

HORDE, ALLIANCE, ARE YOU READY?