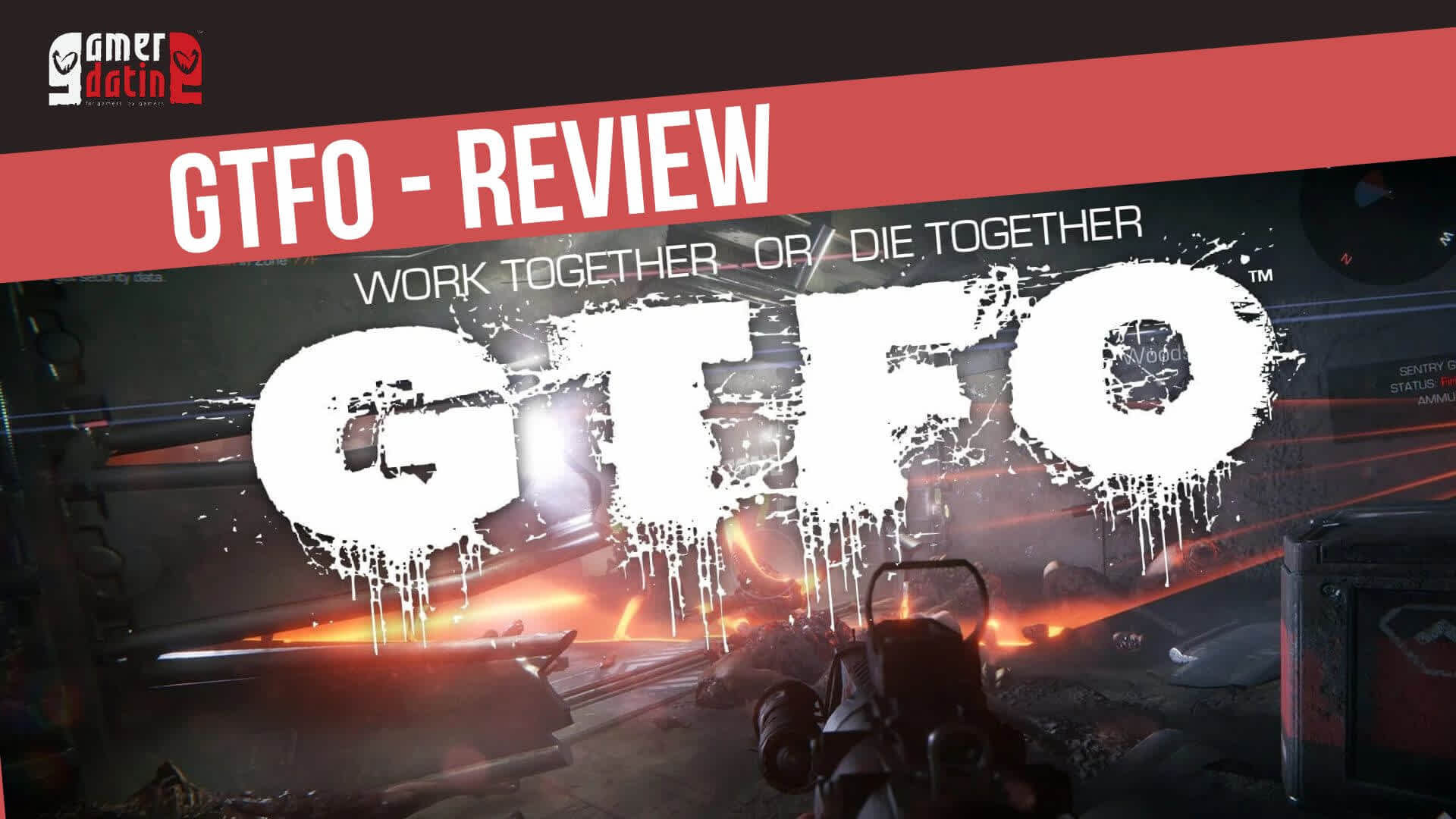 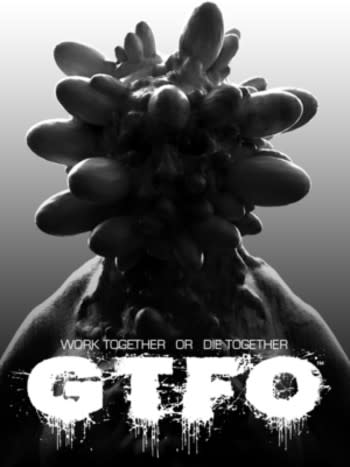 Sometimes people can mistake style for substance. It's a really simple mistake to make, you think that the shiny thing will equal some degree of approximation to what you were expecting to take away in value from the idea of the shiny thing in your head.

There's loads of examples of this, like when you rewatch that kids TV series you remember so fondly as an adult only to realise that if you watched anymore than about 20 minutes of Transformers the Movie that most likely you'll have a seizure. But I remember the style, it fitted, it made me want to watch it more and find out more. That's when style morphs into substance, because you can't help be see the value in the orchestrated story world. 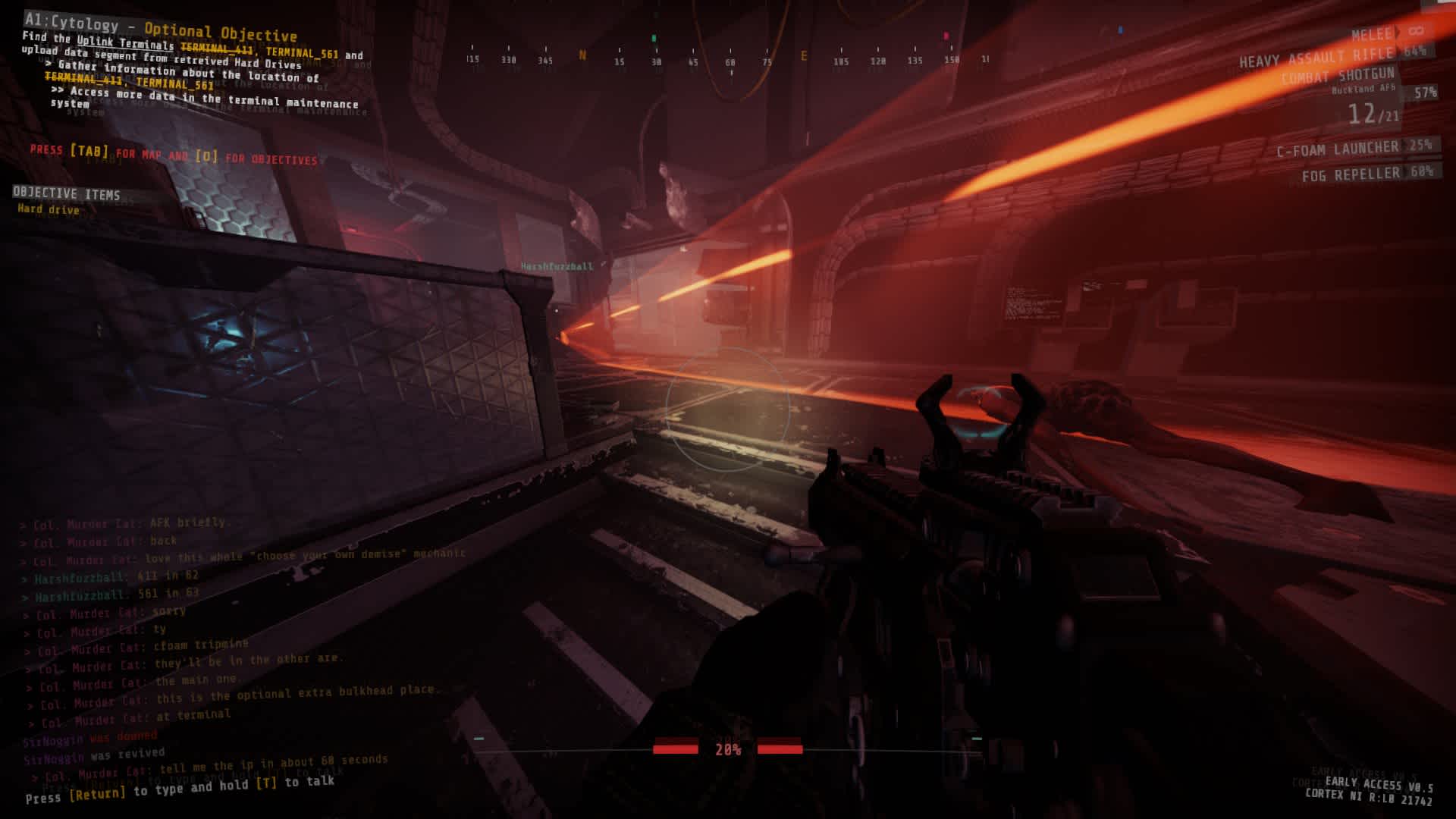 And that's the thing about style, Transformers the Movie was goddamn amazing, everything about it was a cacophony of pleasure for your child like senses to absorb. In fact as children's films go, it's a fucking masterpiece, and I've seen it too many times. How many times? That's a question you should ask yourself Megatron.

So why the fuck am I rambling about Transformers. Well, because like Transformers, GTFO has true style. It fits together. What the devs have done is create a story world that is deeply engrossing. And they've gone out of their way to prove this because from the start of this game, you know something is going to be different. 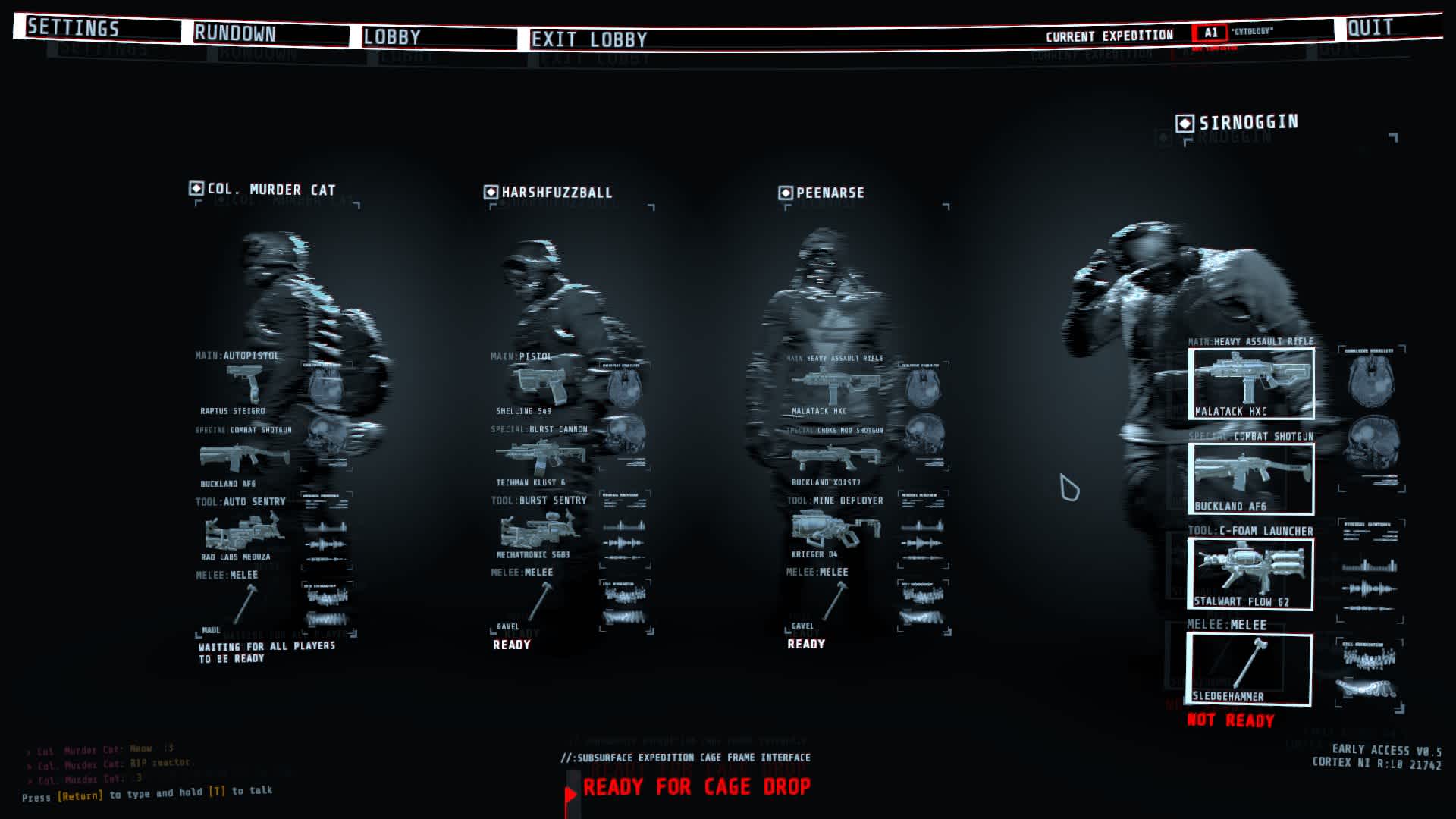 Style from the get go with the intro screens, menus and lobby screen.

On hitting the menu screen, you're greeted with this delightful movement through the aesthetic of GTFO's expanded universe. Here is a console, and you're some fucking convict convicted for...Well who knows, but whatever version of Justice is in the future, you sure ended up on the worst side of someone. Crowded into what can only be described as a freight elevator to the abyss, you're hooked in with upto 3 other people, arrayed in a circle facing each other, and then propelled into a black hole of nebulous futuristic dystopian pergatory. 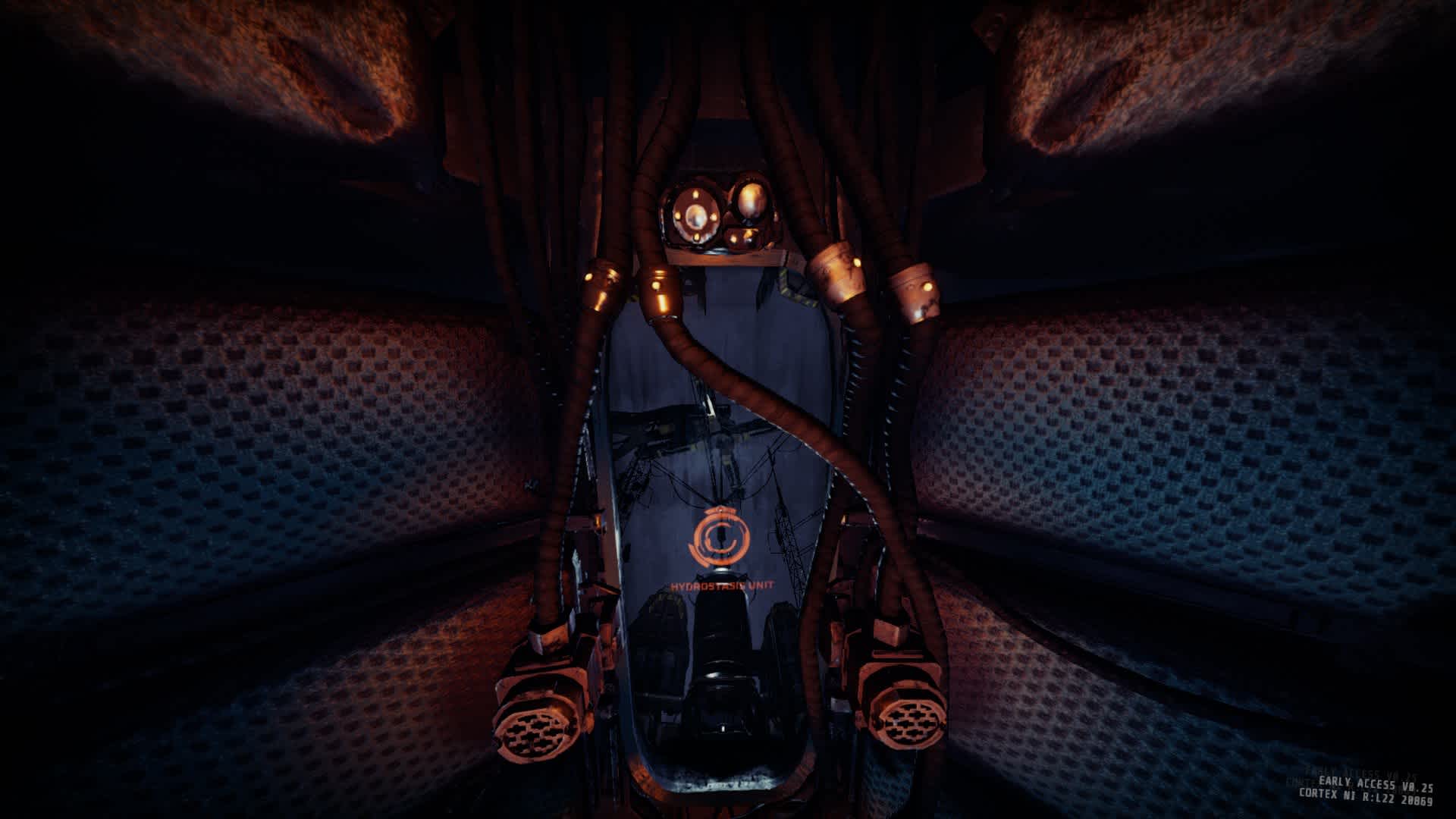 How will you escape from this morass? Complete your objectives, because if you die - no one, it is quite apparent is going to care.

Following some very cool future-retro computers and consoles, certainly I was getting distinct Alien vibes, you must find your way around malfunctioning - newly generated per month it seems from the devs - levels, which form new together into new campaigns. These are called "run downs", and you always start from the beginning, and go downward. 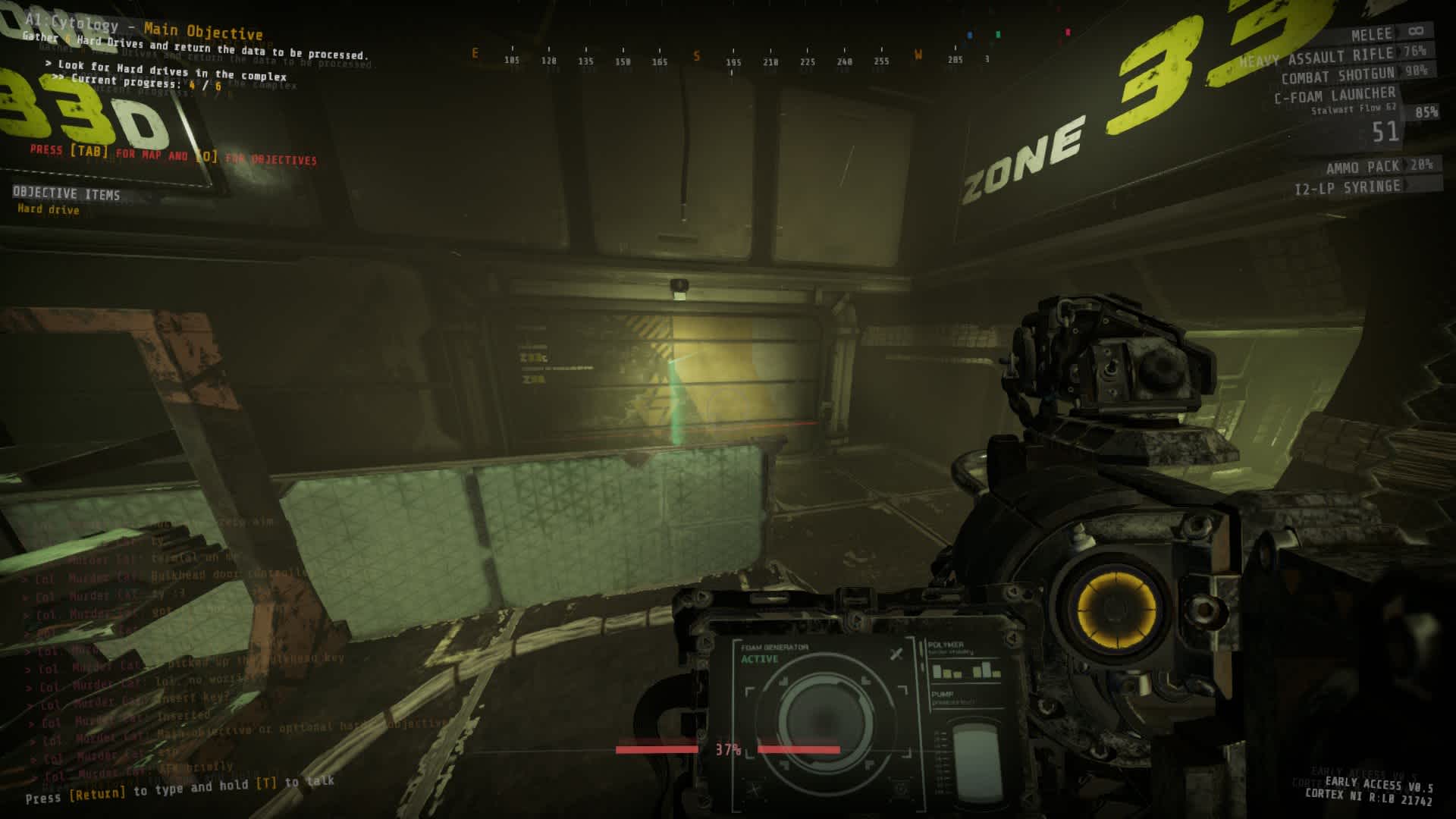 Awesome consoles and computers that gives that 80s feel.

And GTFO is very fucking hard, enemies will mess you up quickly, performing weird backbreakingly acrobatics around the screen in skittery movements quite unlike enemies I've seen on other sci-fi FPS titles. This is no easy Flood from Halo to be butchered en mass with a shotgun and a few grenades, waking a whole room of whatever these things are will bleed your ammo - and back up isn't coming.

You will have to find your own salvation in the dark misty corridors of GTFO, and that means - if you can sneak the whole thing, then aim for the sneak 1000 my friend, because 4-5 large fights will tear up your extremely limited ammo supply quickly. If you mess up, it's back to the start. 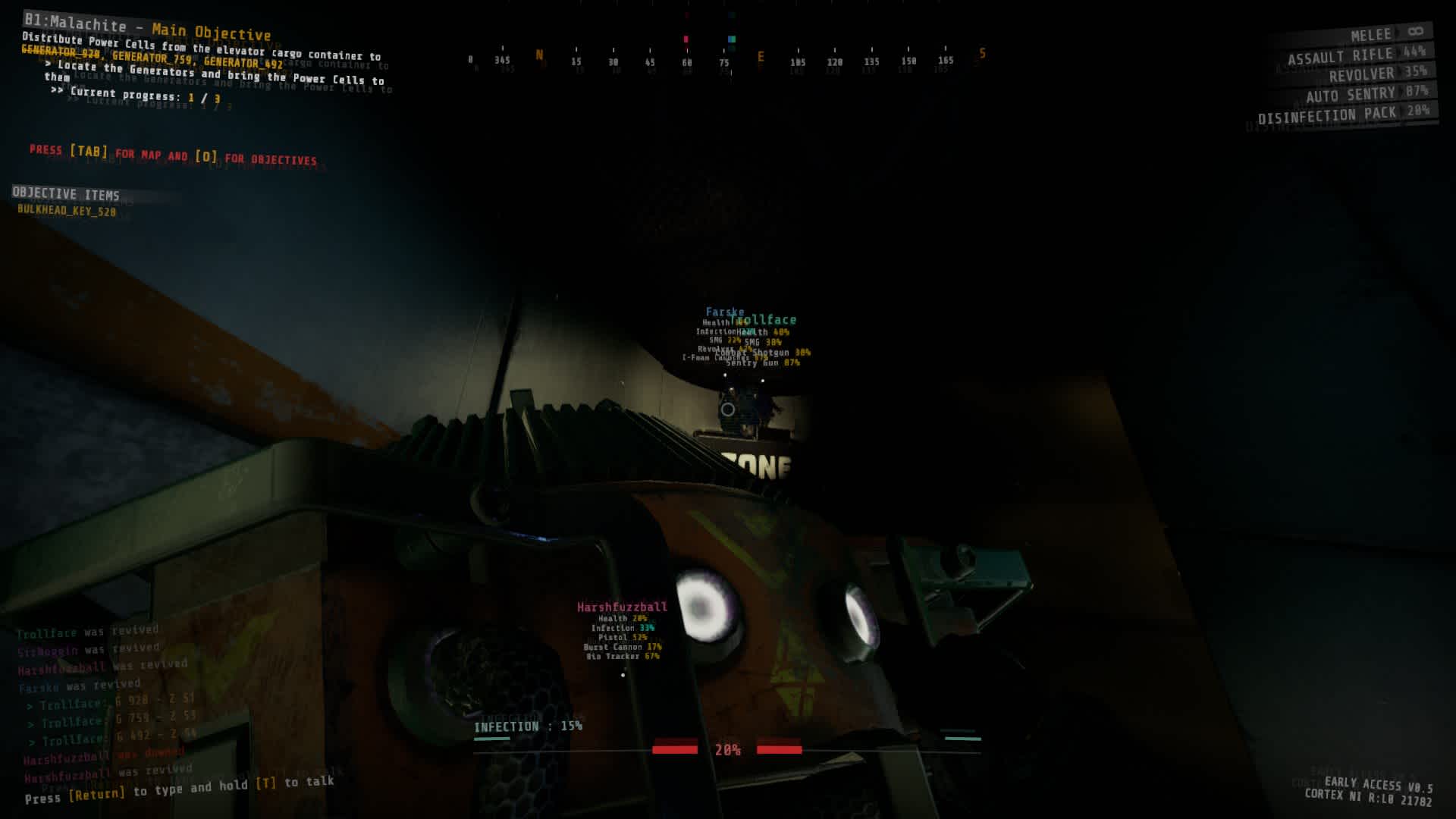 And talking of mist, I have to say it, the use of true volumetric fog in this game is fucking gorgeous and is used stupendously well and I also have to say, is one of the first truly modern games to use actual darkness - pitch darkness - so incredibly well. Didn't see that creature because it was in the dark through a patch of fog? Too bad for you, the whole room is now awake, and lumbering shambling things have decided your presence has been tolerated for a few seconds too long. Don't mess up, you must co-ordinate with your team to overcome such odds, and that leads me to where the black fog and prickley sound design is leading to, the stealth. 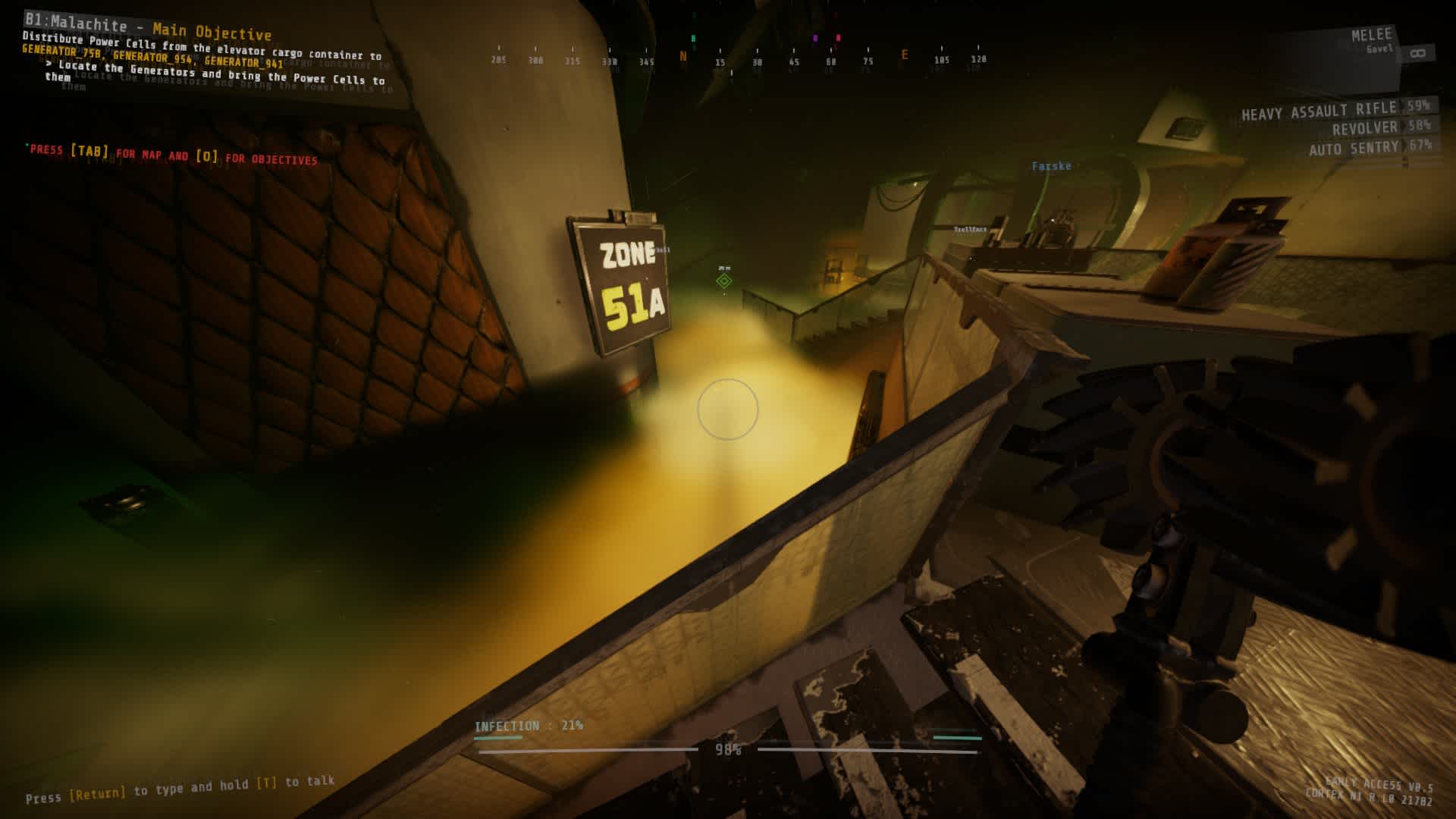 Volumetric fog in this game is fucking gorgeous

Stealth is a must in GTFO. Yes it's very fun to shoot stuff, and the gun play while a little janky at times can feel rewarding too, it feels as though it's been hammed a little to the point where you're not actually supposed to feel "use" to the guns you're using, because you're probably not an expert. Master Chief you aint, you're just some crim, in the far future, thrown into a hellnest and told to creep through in order to - well live most likely. Is this gun too big? Probably, but it feels like most of your equipment is second rate at best, and why wouldn't it be, you're expendable. Why bother giving them body armour? Someone probably calculated already with the last 50 crims they sent down here, it's an expense too far, in whatever dystopian account book you care to imagine that ledger being kept. 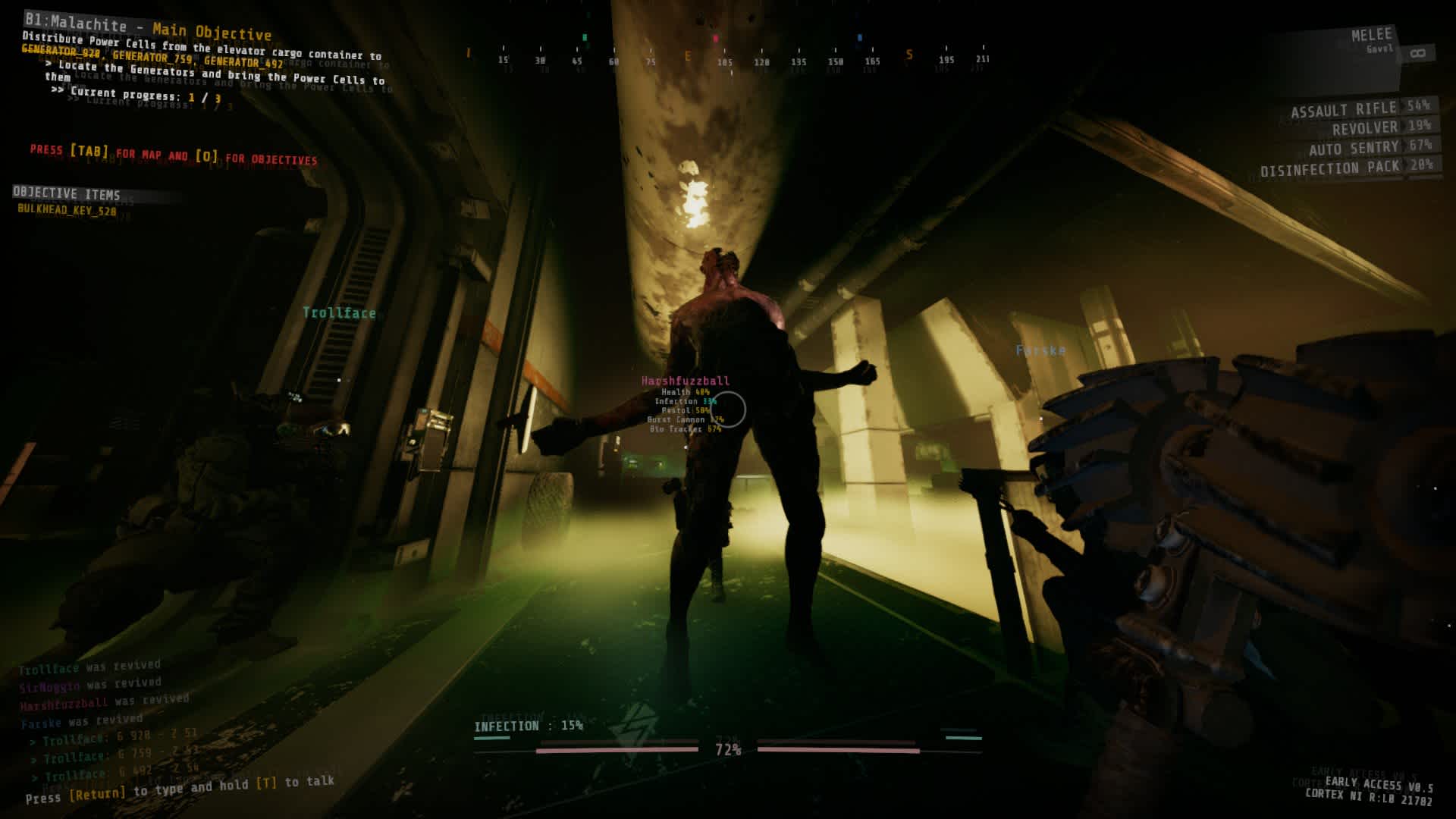 All crowding around to hit all at once... or die.

So yes, co-ordinate with your team mates or die. Areas of the map aren't accessible without killing the sleeping monsters in your way, and you'll have to do it together, or they'll wake one another up. There's a reasonable kill zone around one "thing" you can kill and another one before alerting anymore, but my god the buggers don't like it if you move around too much, and you'll be greeted with a palpable - literally - pulsating alarm blob within a creatures body saying quite clearly "you're too close jack, i'm gonna wake up and murder you". 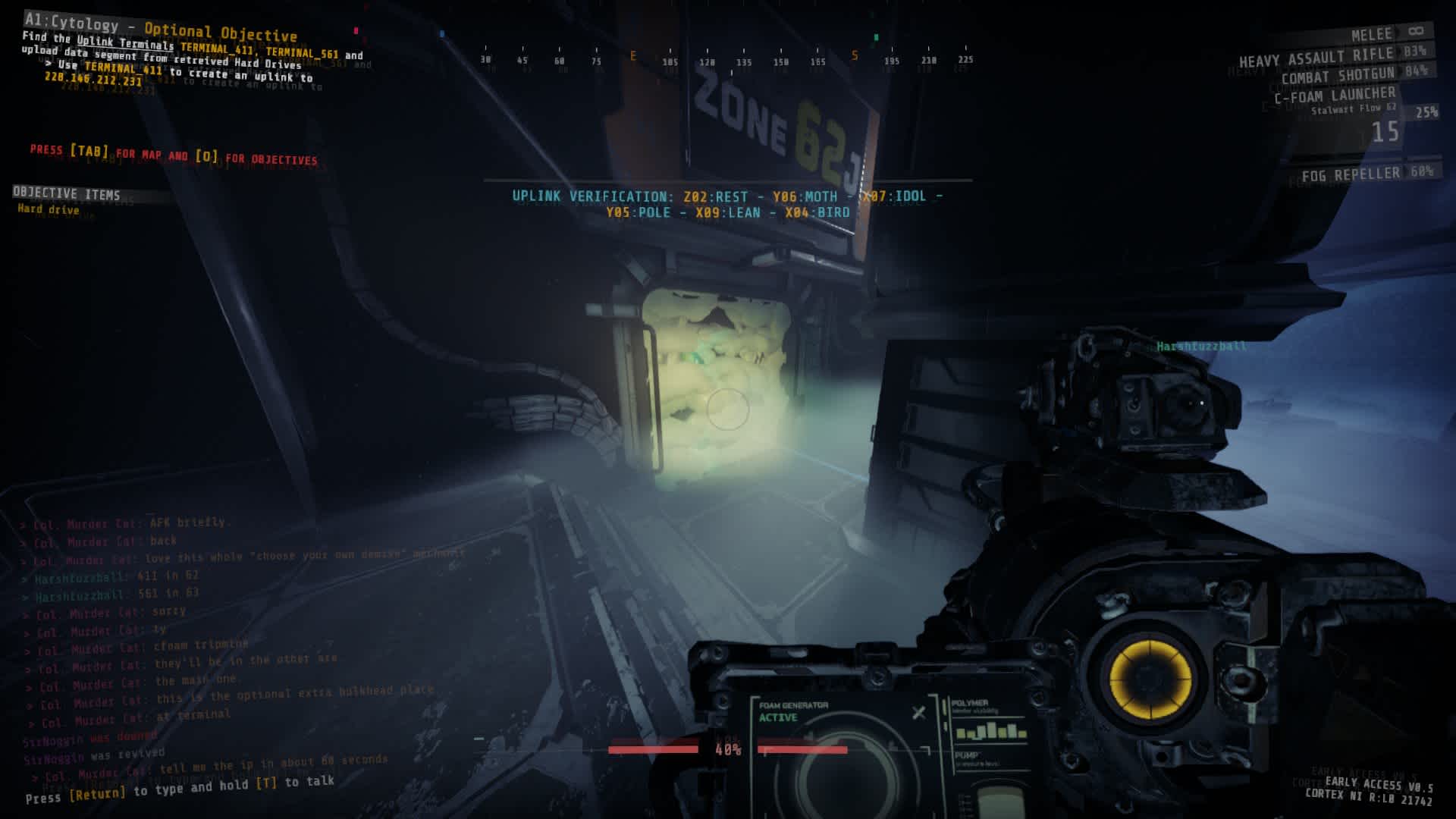 How do you get around? Well it's back to basics. Here's your company and your map, if you want to find stuff they can be pinged from a console by typing in something like "find item x", which will then reveal the item you're looking for within a radius, or "find objective ID Y" and objective Y will give a brief ping on your headsup display, likely in some faroff room, through infectious fog (Which will make you cough if you get infected and wake up monsters, as well as lower your health - great...) and past rooms of bloody horrors waiting to wakeup and shred your hapless team mates.

Is there alot to explore here? Probably is the answer I've reached, and that's because I would consider this game pretty damn hardcore, and by that I mean you need a level of commitment to playing this game in order to progress and most likely a regular team who are all on comms. This is something to explore and grow with, and you will need people you trust around you in order to complete those tasks. I remember being able to cheese some aspects of games like Left 4 Dead in the past for example, you aint doing that here, ever. There isn't enough ammo, stuff hits too hard and is too unpredictable, this is most likely the closest I can compare a game to the dark souls of co-op FPS as possible. 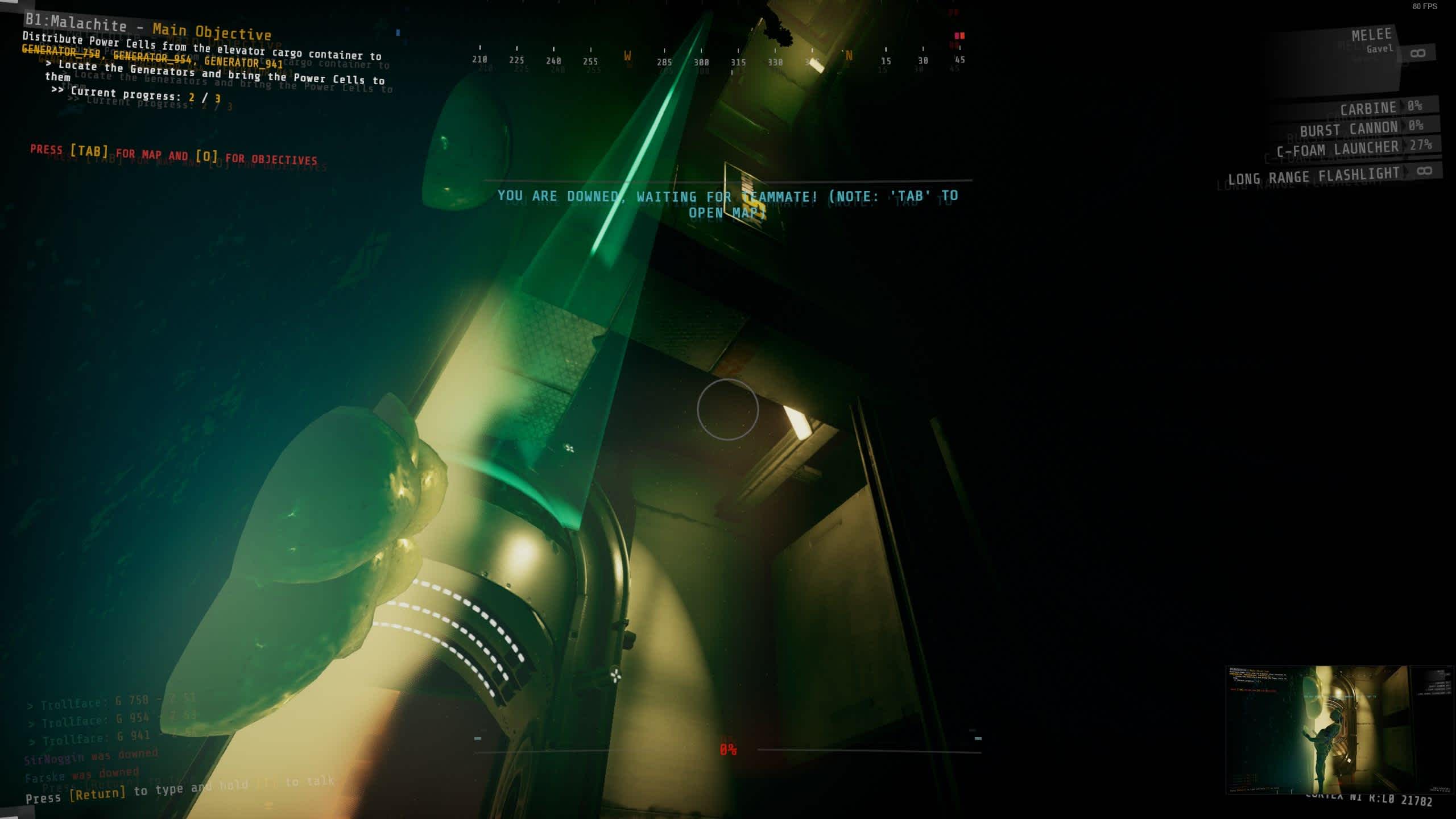 Downed, dying and praying for your teammates to get you back up.

So so far what are my thought to leave you with on the most recent rundown beta? First of all, I will return when there is more content. Currently it is a playable joy but a bare bones ones. The core gameplay cycle is there and the new rundowns are really enjoyable as they're released - but most crucially, here be a backbone we can build on of what could be on release an exceptional game, I've had alot of fun with this in the beta, and I would recommend this if - and it's a big if - you've got 2-3 friends you can pick this up with and intend to run with it.

Seriously if you have a core team that you want to take out of perhaps Left 4 Dead or Vermintide runs, go ahead and port them over, pick it up now, try and get a good discount for all of you. But if you're planning on picking it up solo, I'd give it a miss for now, lets see if the guys on the devteam have plans for helping out solo quers a little more first, and then most likely they'll hit the sweet spot.