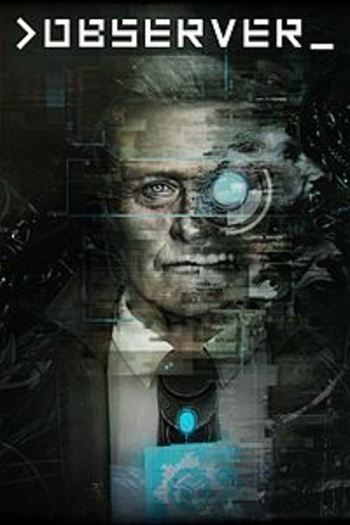 >observer_ is a cyberpunk marvel built on the little stories of its all too human cast. Told through the eyes of KPD officer Daniel Lazarski (voiced by none other than Rutger Hauer himself), >observer_ is a short horror game drenched in the atmosphere one would expect from the minds behind Layers of Fear.

The 8 or so hours it took me to complete the main story (as well as some side cases) raised many questions concerning the nature of humanity, the lengths to which people will go to be happy in their own skin and the effects that our choices have on others.

As with Bloober Team’s well-known Layers of Fear, >observer_ is told entirely through first person exploration gameplay. Gone are the wood panelled halls haunted by memories of a family now lost, in their place are grime drenched, neon lit corridors. Holes are torn into the walls to make doorways, cables snake along the floor, powering the video intercoms attached to each door and the many advertisements hanging from the walls.

This is definitely a game to play docked. Whilst the handheld mode holds up, Unreal Engine 4 makes mincemeat of the Switch’s battery life (around 2 and a half hours) and many of the prompts presented in the near invisible UI are very difficult to see on the tiny screen. Docked, however, dust motes hang in the air of every cramped, concrete hallway illuminated by the bright teal glow that serves as the main accent for most of the game. Playing in docked mode also gives your screen the real estate to properly display the lavish visual effects, strobing and digital artefacting (the latter a sign that Daniel’s medication is running low) that are deployed to keep you on the edge of your seat. 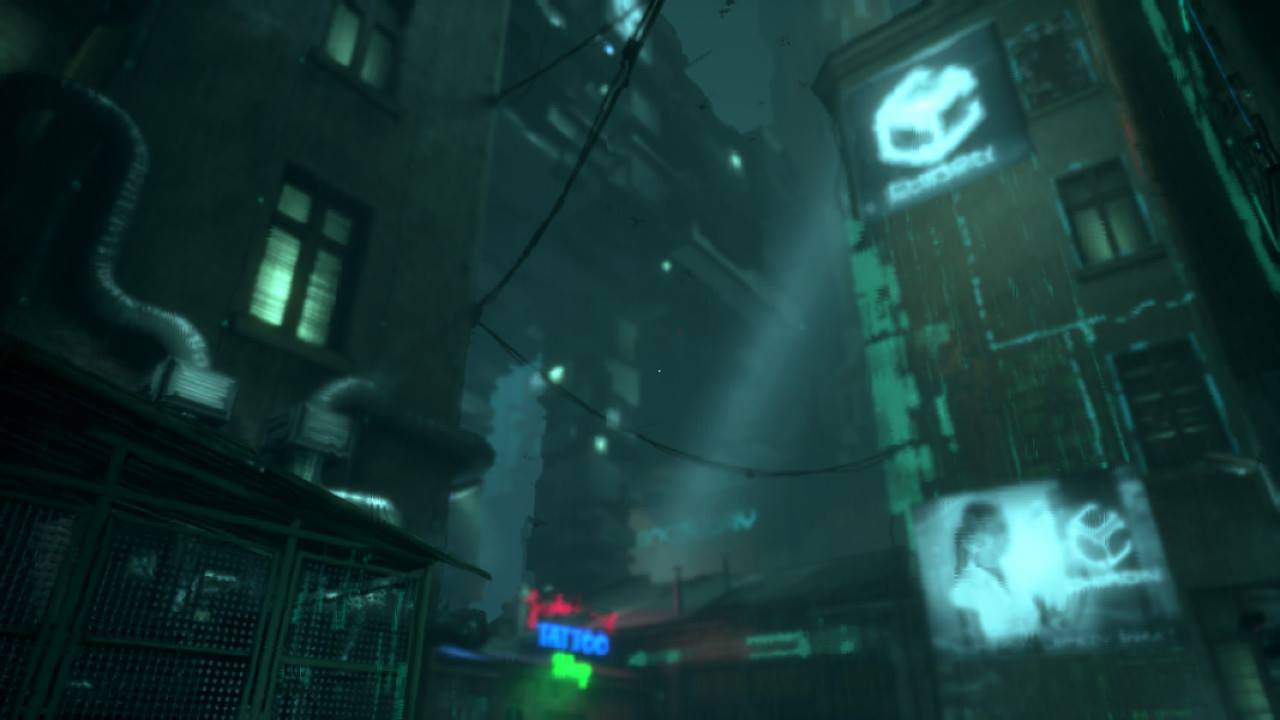 Enjoy the view, you won’t be seeing it much

On top of the visual treat, heavily inspired by films such as Blade Runner, a stellar soundtrack accompanies Daniel’s investigation into a series of murders perpetrated in a single apartment block in the late 21st century. Footsteps echo from the cracked concrete, or splash through the thick mud of the basement. NPCs, with the exception of a few characters, are spoken to through the doors of their sealed apartments and are a joy to talk with via >observer_’s simple dialogue trees. Even though no NPC (with the exception of two) is spoken to more than once, the handful of minutes the game devotes to each is more than enough to convey a compelling narrative. Many times, I found myself wanting to find out more about each character (especially the self-aware sexbot), only to get caught up in the next mini-drama played out in dialogue only.

Now, it’s probably worth stating that this isn’t a game for everybody. If you aren’t overly enamoured with “walking simulators” or games which use environmental hints to contribute to the narrative, this probably isn’t for you. As previously mentioned, Daniel’s solo jaunt through the building is broken only by the occasional conversation through a door (or face to face in a handful of cases), or a handful of stealth segments, leaving the main bulk of the story to be told through protracted memory sequences, Daniel’s inner monologue, or items scattered throughout the environment.

Exploration for said items is rewarded with extra objectives, interactions with NPCs who would otherwise brush you off or one of the sixty-nine collectibles to be found (on one memorable occasion, my exploration yielded a code to a locked door which I opened to reveal a P.T. easter egg complete with bleeding walls, looping hallway and freaky posters). That’s not to say the entire game is a permanent treasure hunt (although there are a handful of crime scenes you are encouraged to investigate to their fullest). 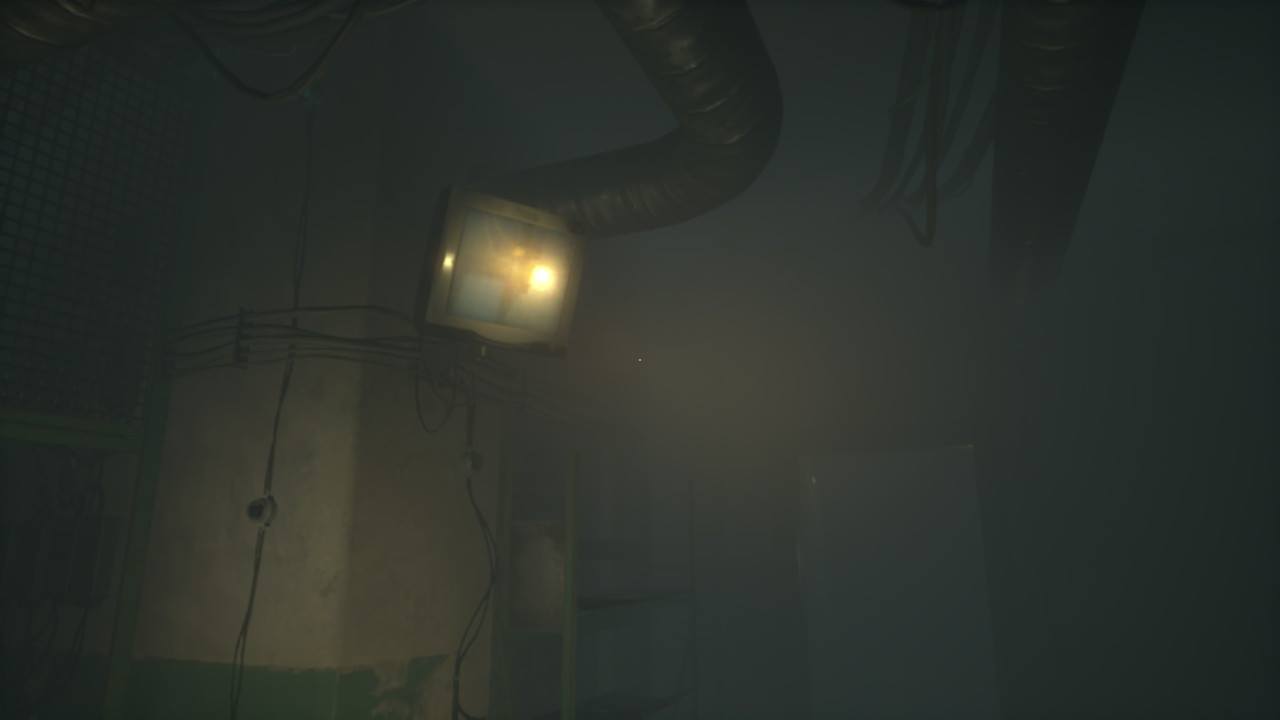 The Lost Woods this isn’t, but there are clues for those who seek to leave the maze

Daniel is a special member of the Krakow Police Department known as an Observer. He is equipped with an augmentation (the usual cyberpunk questions surrounding what is humanity, are augmentations a boon or a bane etc. are definitely being explored by the game) which allows him to plug into the neural jacks of the victims he encounters. Without wishing to delve too deeply into each one, suffice it to say Layers of Fear’s influence is felt strongly during these sequences, played out to a riot of disturbing visual effects, discordant ambience and pulse-pounding soundtrack. The game shows a warning about photo-sensitive seizures every time it is started and it’s warranted. A couple of times I found the visual effects to be too much for me to make any conscious progress and stumbled into the correct level triggers more through intuition and luck than by correctly interpreting the clues seeded throughout the environment (although the developers deserve much credit for the inventiveness of the clues they provide). 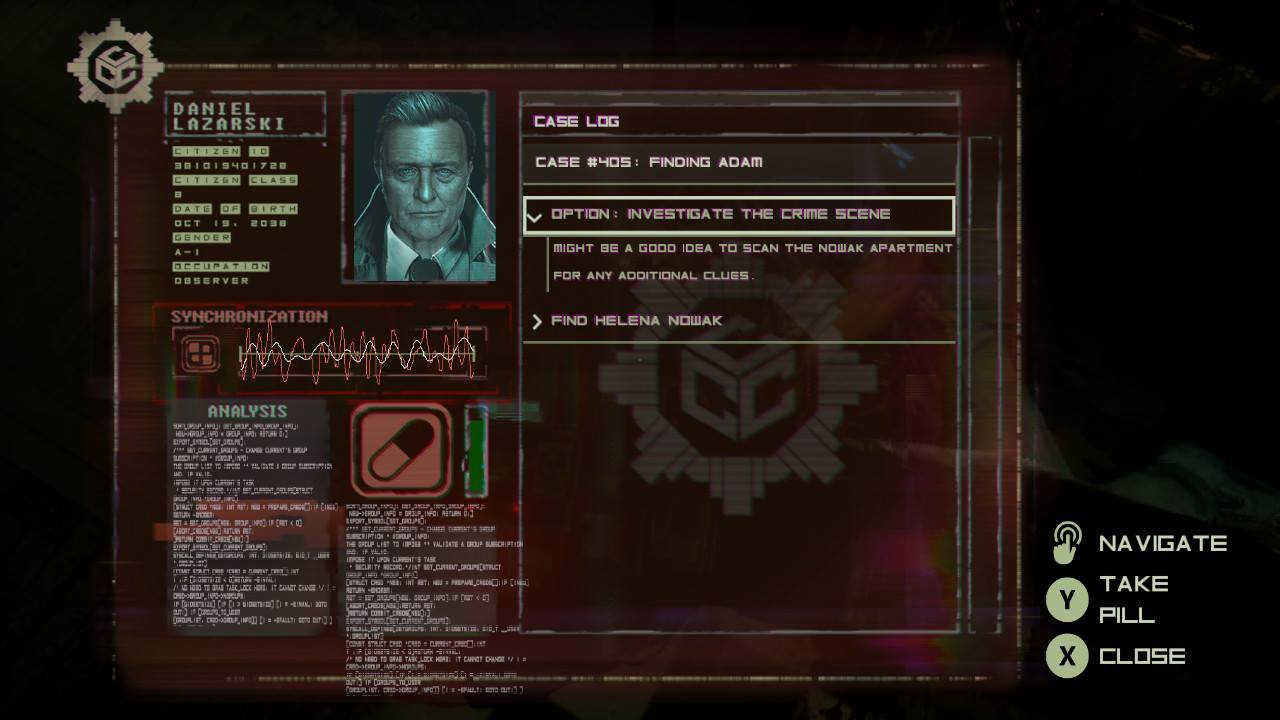 Everyone needs a Journal

This speaks to a lot of the problems I found during my playthrough. Solid ideas were implemented largely successfully, but with just enough niggles to be a problem. Messy visuals, somewhat unclear stealth segments (aided massively by a generous checkpoint system) and a tiny prompt when able to interact with an object caused my progress to stumble a few times (this is all in addition to a minor bug where I couldn’t select a certain object and a few periods of noticeable frame rate loss followed by the game crashing). In the vast majority of cases, I resolved the problem by exploring the same room over and over for a few minutes before finally looking directly at the right spot, or moving through rooms I could barely distinguish through the textures being used to amp up the tension, or, on one memorable occasion, realising I had just completed a stealth section without first noticing it was a stealth section. I largely enjoyed my time with the game, but it meant that when a problem like this came up, I really noticed it.

It’s a shame too, because the stuff Bloober Team experimented with worked really well. As I’ve mentioned, Daniel is reliant on medication to continue functioning and without it his vision starts distorting in a distinctly unhelpful manner (although there doesn’t appear to be any downside, apart from this and an irritating audio prompt, to not taking the meds), which helps build the illusion of a man whose body is fighting against the augmentations which allow him to do his job. Similarly, when his medication is running out, or in times of stress, the Joy-Con’s HD rumble is used to great effect, beating in time with his heart, grounding what in other games would be merely a sound effect, with a tactile, visceral sensation. As the game progresses, this small touch becomes very important, serving as a prominent tool during the stealth sections as a sort of proximity alarm.

I’ve mentioned augmentations a few times now and that’s with good cause. Possibly my favourite feature of the game (aside from the titular observations) are Daniel’s forensic vision modes. Using a combination EM-vision to find electronic clues, Bio-vision to find biological clues and good old-fashioned night-vision (because boy howdy does the game get dark in places), Daniel is perhaps at his best when searching crime scenes for evidence. Few games go into this level of detail and I found myself wishing more would. A clever combination of colour palette changing and the ability to swap with the press of a button really helped nail the feeling of a cybernetic detective doing their job. 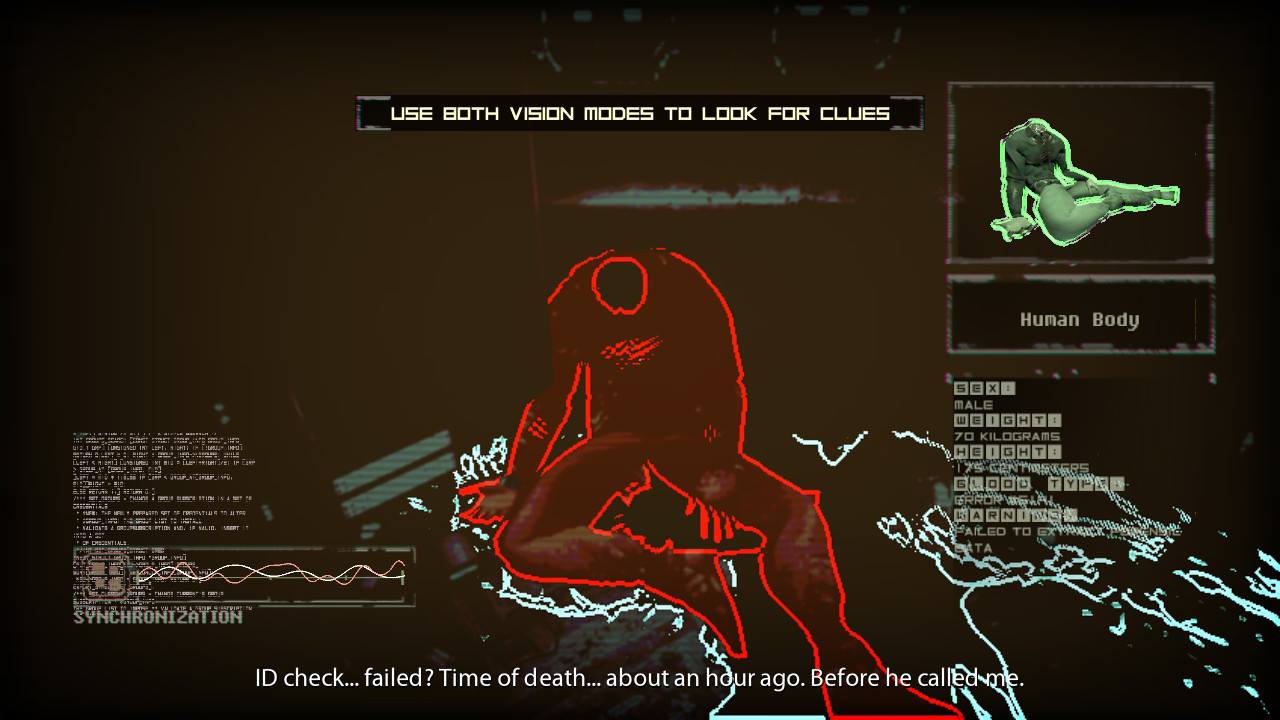 Sure, it might be short, but I was invested in every minute of playtime, caught up in the atmosphere of a place so similar to our own, yet so alien. The game does boast two endings, and sixty-nine collectibles (of which I found about a quarter), but with no real way to reload the last checkpoint, you’re looking at around 15 hours (or less if you focus on the main story) to see both endings, plus however long it takes to find all the collectibles.

Whilst I feel like the endings will only have slight differences, the branching dialogue trees hold more of my interest and I’m curious to see if several of the conversations I had could have ended differently.

Whilst narrative driven games like this are subjective, I wholeheartedly recommend it. The sub-text ever present in the cyberpunk genre is present (along with no small amount of body horror) and I’m a sucker for any game that has an atmosphere crafted with so much care and attention.

It’s not perfect, but it’s an excellent way to spend a few hours and you might learn something about the human condition along the way.