They are Billions PS4 Review - Zombies will Zomb. 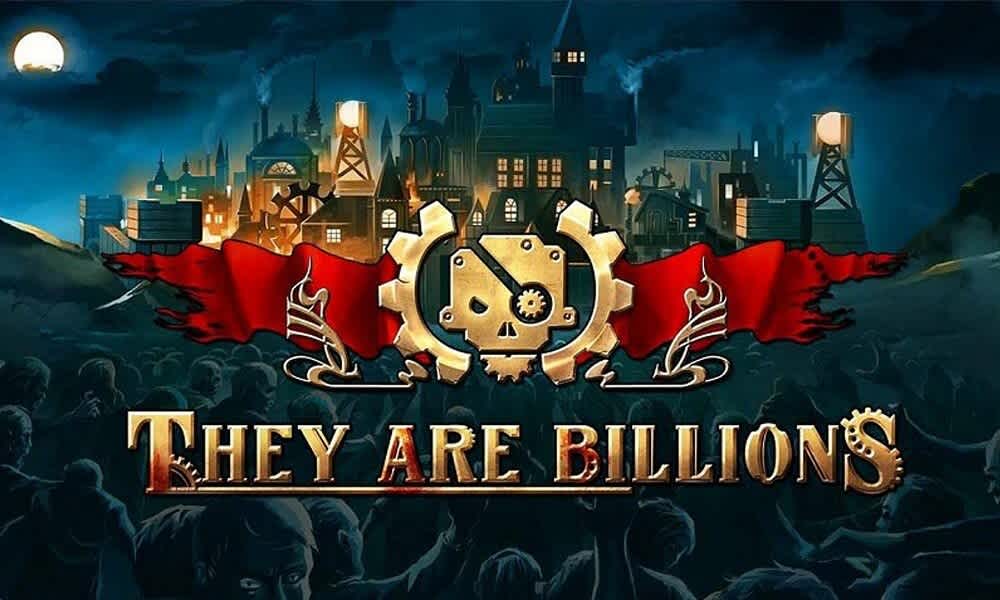 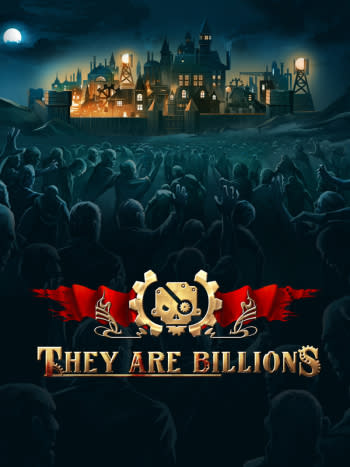 They are Billions bringing steampunk zombie apolcalypse to consoles.

Real Time Strategy games are one of those genres that I’ve always enjoyed but have never really been that good at. I’d panic at the first site of a Zerg rush, I’d play on Easy in Dawn of War, I’d absolutely never play an RTS online against another human and I’m the sort of person who would always use the car cheat in Age of Empires because I found it funny.

Yet I still love RTS. So now we’ve got that out of the way and you may be judging me a little (it’s fine, I get it, I’m judging me too), I can say this game was fun.

They are Billions is a steampunk zombie apocalypse survival RTS by Numantian Games and ported to console by Blitworks.

None of those words made me unhappy. Let’s break that down with some scientific memeology to explain just how that went in my head: 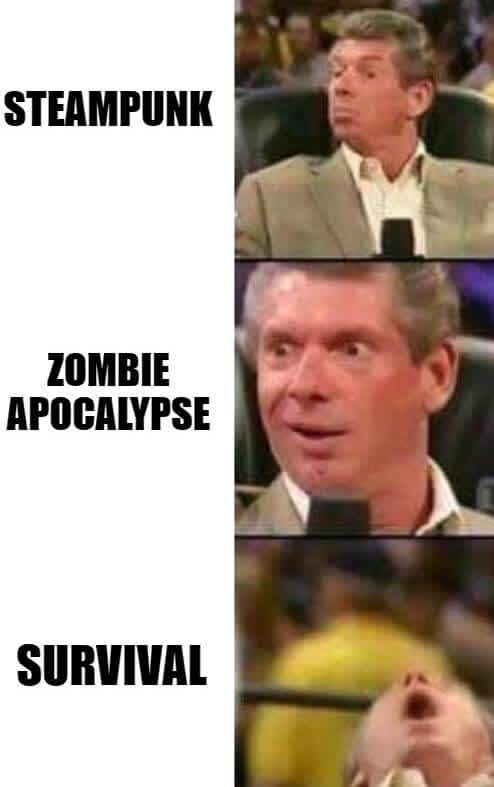 The game initially released on PC on the 17th of December 2017 through Steam’s Early Access program with a full release coming out just last month on the 18th of June.
However...

They are Billions has made its way onto consoles as well, and it is the PS4 version that I had the honour of reviewing.

Now I know what you’re thinking. An RTS, on a console? That’s madness. You need the finesse of a keyboard and mouse to get the most out of the game’s controls! (Not since the days of Command and Conquer on PS1 surely!? - Ed)

And you’d be right! But, the PS4 (and I presume the Xbox One, but I don’t own one so please do correct me) has USB ports which can read keyboards and mice.

Did I use them? Nope. Because I’m an idiot and wanted to see what a controller would be like... plus I couldn’t find my mouse. And let me tell you, it wasn’t easy. It felt sluggish to move the cursor and select my options. But it still worked. My troops still moved where I wanted them to and my buildings still placed in the right places, and everything still died perfectly fine when the infected hordes came to town… 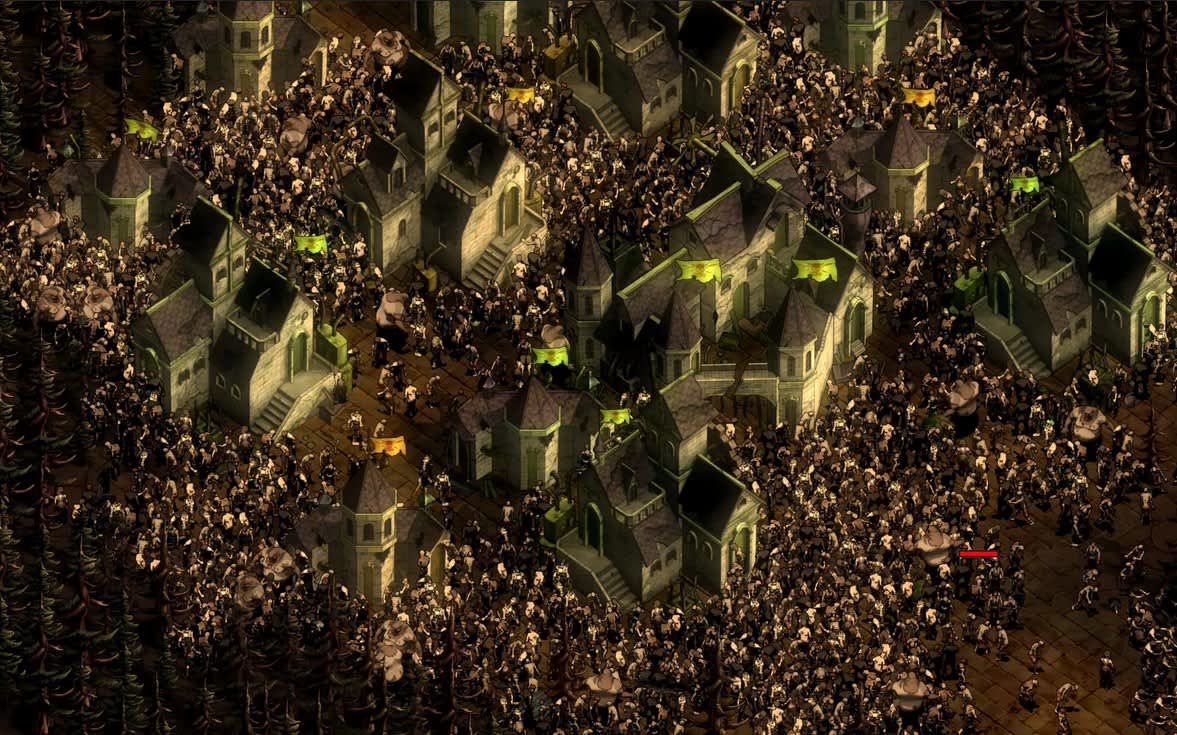 Now, for those of you who read my last article on here discussing Door Kickers (thank you, you’re too kind), you may recall I had a major gripe with the game about having nothing in the way of a tutorial or any means of explanation for the controls, leaving me to fumble around to figure out the controls myself. Well, guess what… They are Billions HAS NO TUTORIAL! It gives you multiple options on how to make the Survival mode easier (much appreciated) but no actual tutorial.

However, credit where due, there is an extensive Help menu on the title screen which does go into great detail to explain the way the game works and how to fumble your way through with a controller if you’re some kind of sadist who can’t find his mouse (hi, I’m Craig, have we met?). This was really helpful and left me feeling at least moderately prepared for the game ahead, understanding the purpose of the different resources and how the infection mechanics worked. Sure, this was a false sense of security as my first try at a Survival map had me chewed alive within seven minutes, but, learning curve. I got better. My second try I lasted a whole ten!!

(On the PC, this is no different. Part of the beauty and challenge, when I first picked it up, was learning how to survive for mere minutes! - Ed)

That’s not to say that this game is hard. Challenging, yes, very, but you can tailor the maps to match your play level very well, which is a feature I greatly appreciate in older RTS games so it’s nice to see it here as well.

Visually, the game is lovely. It clings to a grimy steampunk aesthetic without just going down the route of slathering everything with copper and cogs (copper cogs count double) and the sprites all hold their own unique level of charm between the Unit types; a Hunter looks like a Hunter, you can actually visualise these lithe, silent warrior women stalking through the woodland ready to kick ass and not be seen. The Soldier by comparison is much bulkier, much more armoured; he looks like he can take more of a kicking and dish out just as much. And this is just from tiny sprites! 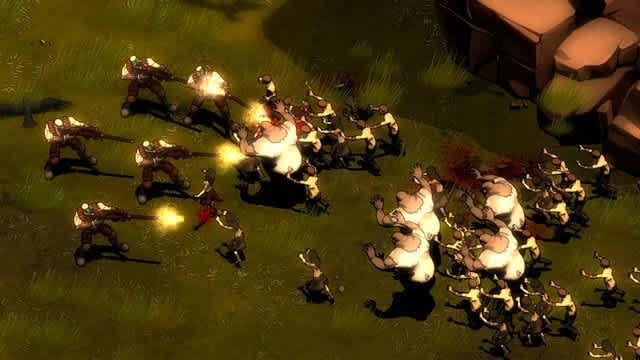 The game boasts 4k graphics for PC. Is this true for PS4? I’m not sure. I don’t have a fancy enough TV. But what I did get was crisp and definitely HD textures that ran very smoothly, especially when you had literal hundreds of infected bodies sprinting right for you. There wasn’t a single frame dropped, no lag, nothing, which a lot of PC purists would be surprised by I’m sure. See? We console scrubs can have decent frame rates too!

Gameplay-wise, as I’ve said, it is a learning curve and it is a challenge. This is offset somewhat by the game having the interesting mechanic of being able to place buildings and assign unit commands while paused. Now, this is not a new feature to videogames, it’s been around since Baldur’s Gate, but it is nice to have in an RTS. Also, there is a very nice grid mechanic when placing buildings. It shows you exactly how many squares a building will take up, and if it’s a resource gathering building, it will show you exactly where it can be placed when in close enough proximity to the specific resource. Again, this is nothing new, but it feel nice and is very helpful as a visual indicator.

There is currently no campaign mode in the console version of the game, only custom survival maps for the time being. But this is fine, as every game is different and you can make it as difficult or simple as you wish. There is also currently no sign of an online multiplayer, but there is the “Challenge of the Week” where you put your skills against other players across the globe and try to get the highest score on a pre-set map with specific rules and tasks to accomplish… I didn’t do well.

As for the units. I’ve already mentioned their uniqueness in looks, but they all play differently too. You start with the basic Hunters and Soldiers, and even between these two troop types you can feel the differences. The Hunters move so quickly, but they are squishy compared to the slower Soldier’s heavier armour and higher damage output. But even above them, you have the likes of the Lucifer, an exo-suit wearing, flamethrower wielding juggernaut akin to the Firebats from Starcraft. These things just tear through the hordes of the smaller infected.

You then have Snipers who have less armour than your Soldiers, but a higher damage output and a much longer range, so they make excellent support units. Then if you survive long enough and can afford them, you get my personal favourite, the Titans. These are GIANT FRIKKIN ROBOTS!! Ugh. I love me some hot Mecha violence action. You’ve seen Love Death + Robots? These are like one of those mechs off the farming episode and I absolutely love them! 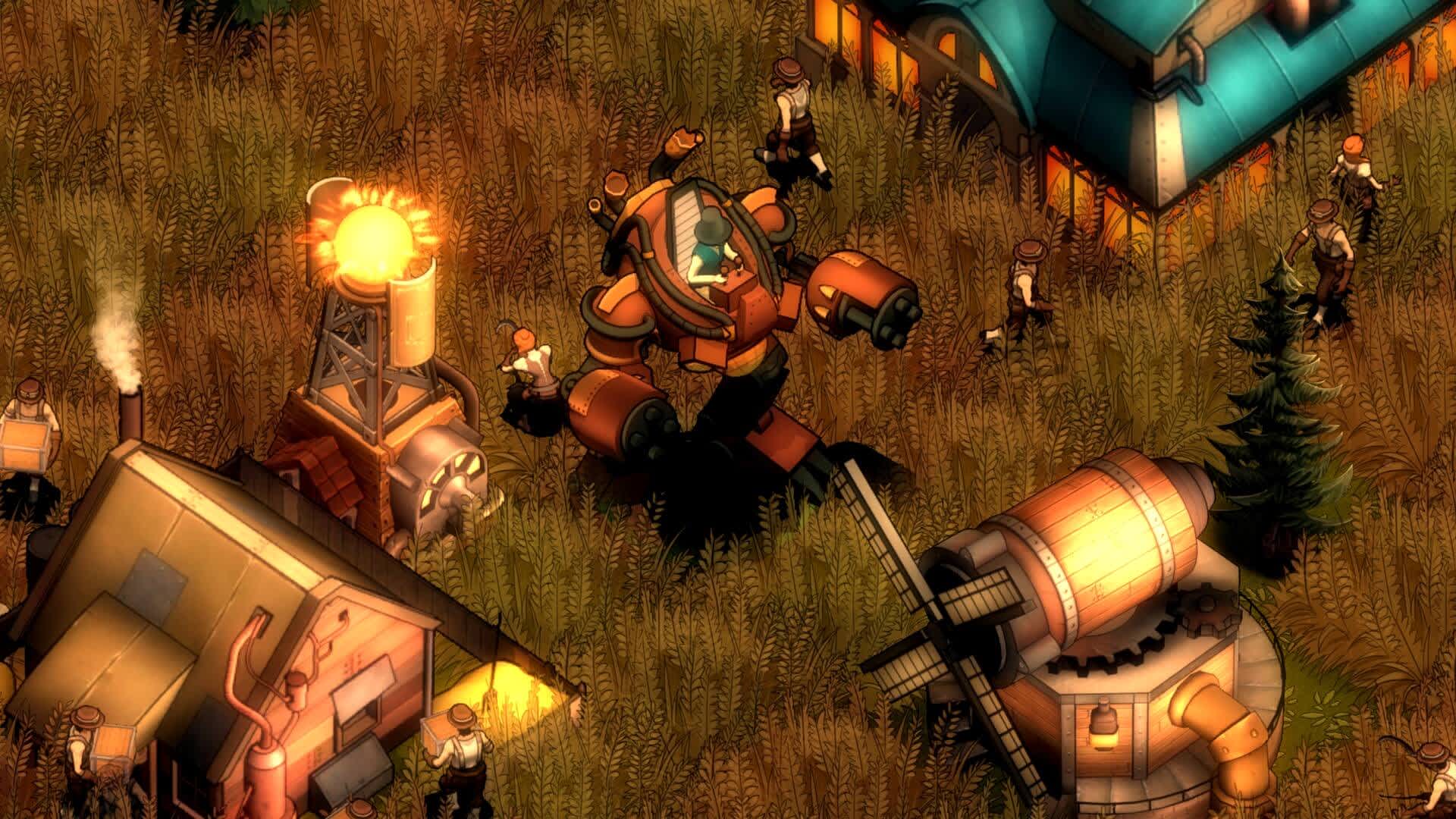 Titans gonna….tite? (It's better than the alternative - Ed)

Overall, I can see myself sinking a lot of time into They are Billions. It’s an enjoyable game and as I’ve mentioned before, I’m stubborn, so I want to do better. Would I recommend it on console? No, probably not. While not unplayable on controller by any stretch, as I’ve mentioned before, it is a slower way to play and it will hinder you somewhat. Unless you have the peripherals to play it properly.

Would I recommend it as a game, however? Definitely. It has all of the familiar charm of an old school RTS with exciting survival elements and a really cool visual aesthetic. While limited in its current form, this game is constantly being updated with new features and gribbly infected to chew your face off. There may even be a campaign mode somewhere down the line for us console gamers, which will only add more longevity to this already fun game.

They are Billions is currently on sale on Steam for between $29.99 or £23.99 and I can only assume it will be available for a similar price when it becomes officially available for console purchase.